12 Most Popular Phones In The World Ever aka The Legends

The world of smartphones has come a long way and while leading manufacturers are pacing towards the all-screen phones with D-SLR like camera capabilities, there are a few who can tout to be the most popular phones in the world ever made.

From the size of a brick to the compact and pocket-friendly phones, there has been a revolution of some sorts in the last half a decade and now the likes of HMD Global, who is trying to resurrect the Nokia brand, has given a new name to these non-smart phones, i.e. the secondary devices.

We all love to have the best smartphone available in the market but a majority of the population still depends on the feature phone category that comes with a never-ending battery backup and the most practical features that one can use.

Yes, we are talking about the Nokia 3310 which received a facelift some 6 months back and has been sold in huge numbers due to its colossal popularity.

But the Nokia 3310 is not the only handset to have enjoyed such a fan base and throughout the revolution of the devices called phones, there have been some handsets that enjoyed enormous success during their lifespan due to the many ‘firsts’ they brought to the industry.

And here we take a look at the 12 Most Popular Phones In The World Ever that, if re-launched, can still attract a lot of sales numbers, in most cases.

12 Most Popular Phones In The World Ever aka The Legends

Motorola StarTAC was unveiled in 1996 and was the first flip-style mobile phone, making it the first of its kind and rightly so, it finds the first place on our list of ‘Most Popular Phones In The World’. It was a 2G enabled phone that had a 4×15 character resolution monochrome graphics display and supported mono-ringtones as well as vibration alerts while the whole package was backed by a 500mAh battery. 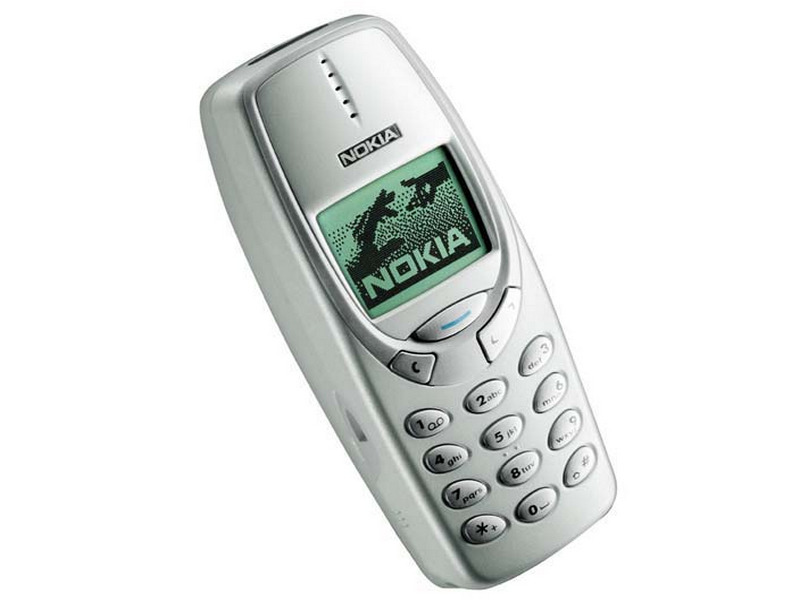 No list of most popular phones in the world can be complete with the Nokia 3310. The history of The Finnish company has lots of iconic devices to its credit and the Nokia 3310 is the most well-known out of the lot. Tough as a rock they said, the 3310 was launched in 2000 and it came with beautiful customizable Xpress-On covers. The iconic device was also the first one to introduce the world to the instant-hit Snake II game. 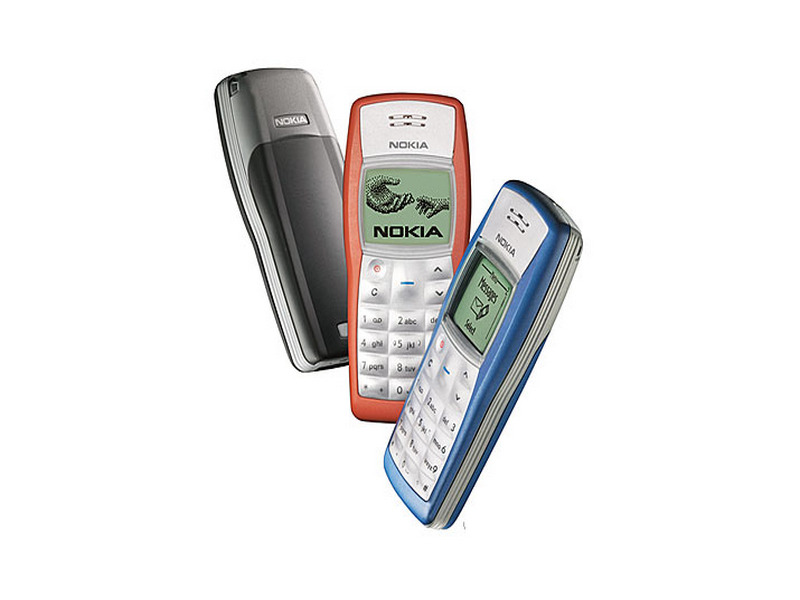 Launched in 2003, the Nokia 1100 came with a rock bottom price tag which made it one of the best-selling and most popular mobile phones of all time. Sporting a fundamental design and stellar battery life, the 1100 had a built-in flashlight and it could hold 50 text messages at a time as well as a cool collection of ringtones. Many, including us, can personally attest to its toughness, which is still a benchmark in the business. 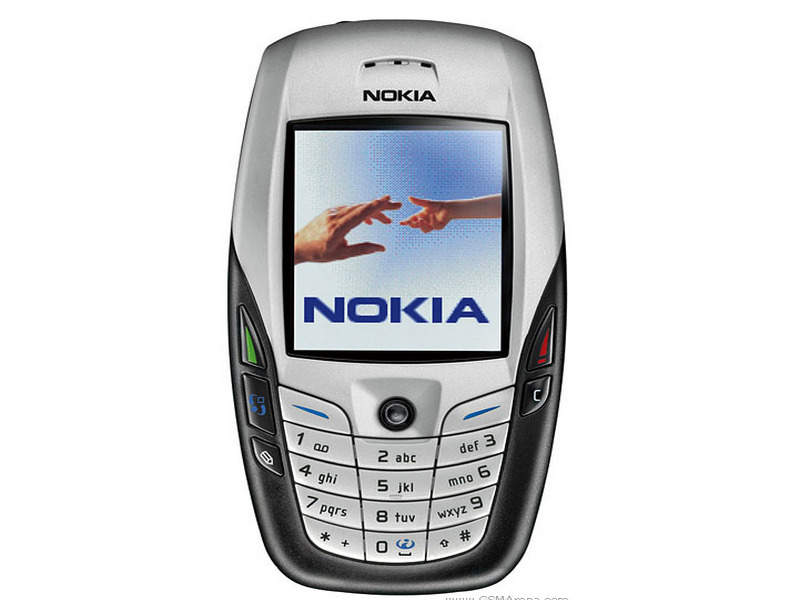 The OMG device is what the Nokia 6600 was called. Launched in 2003, it marked the beginning of smartphones for Nokia and came with an unconventional design for that era. Powered by the Symbian OS and featuring a VGA (0.3 MP) resolution rear-mounted camera with video-call functionality, it had 6MB of expandable internal memory and a 5-way joystick that completely complemented the 2.16-inch TFT display. 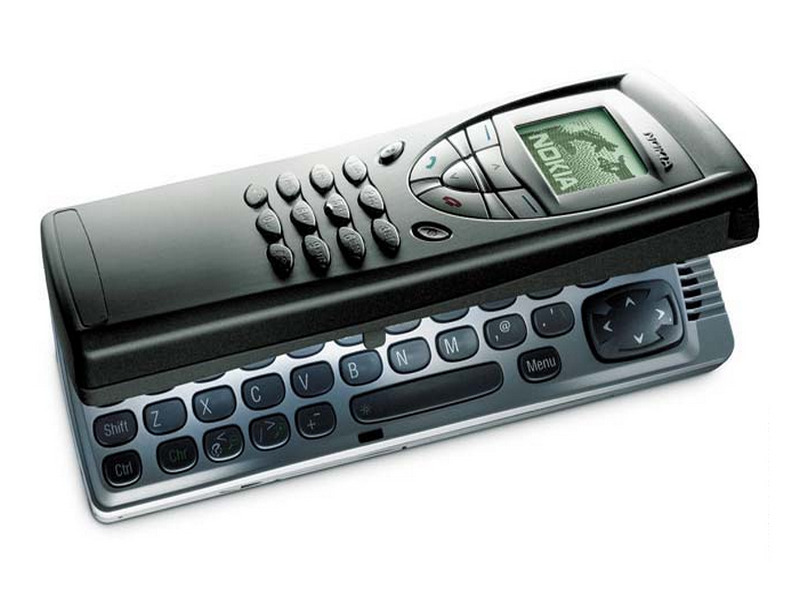 One look at the 9210 Communicator and we knew that it was going to be one of the most popular mobile phones in the world ever, that’s how great a device it was. Marketed as the true symbol of business-class smartphones it was Nokia at its best. The 9210 Communicator opened up like a laptop which revealed a mini-keyboard and a color screen. Launched in 2000, it was one of the few handsets that can send and receive a fax, and came with features like internet access to email, unit converter, and a fold-out antenna. 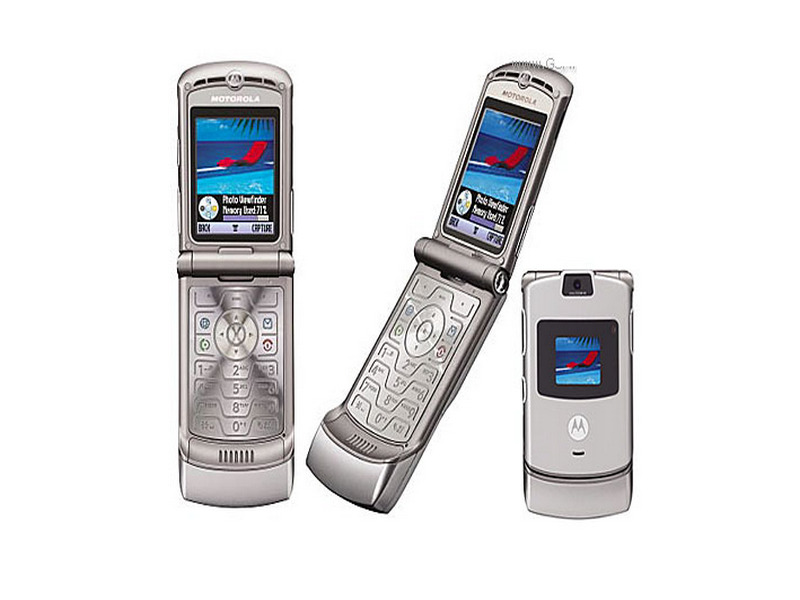 Moto RAZR V3 became an instant style statement after its launch in 2003. If there was one phone that was born for glory than it has to be the RAZR V3. Sporting a razor-thin flip design, aluminum body, a notification display on the outer panel and a colored display inside, it was a formidable device, to say the least. 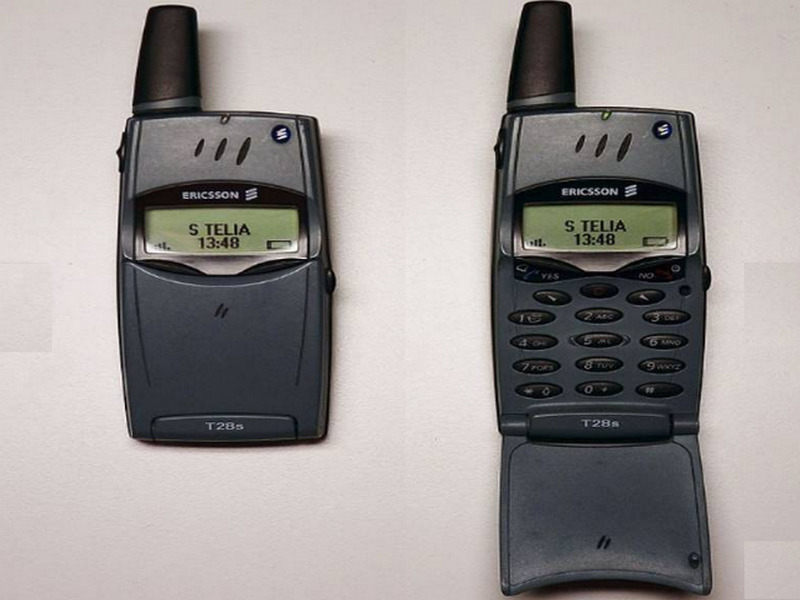 The success of Ericsson T28 hugely depended on its design as it was the slimmest mobile phone of the time. Launched in 1999, it weighed 83 grams and come with dual-band GSM compatibility as well as phonebook that could store 250 contacts. To use the keypad, users had to flip the lower half open, making it a cool feature for the Ericsson T28. while classic games like Solitaire and Tetris come out of the box, apart from its own monophonic ringtones’ collection, it allowed users to compose their own tones. 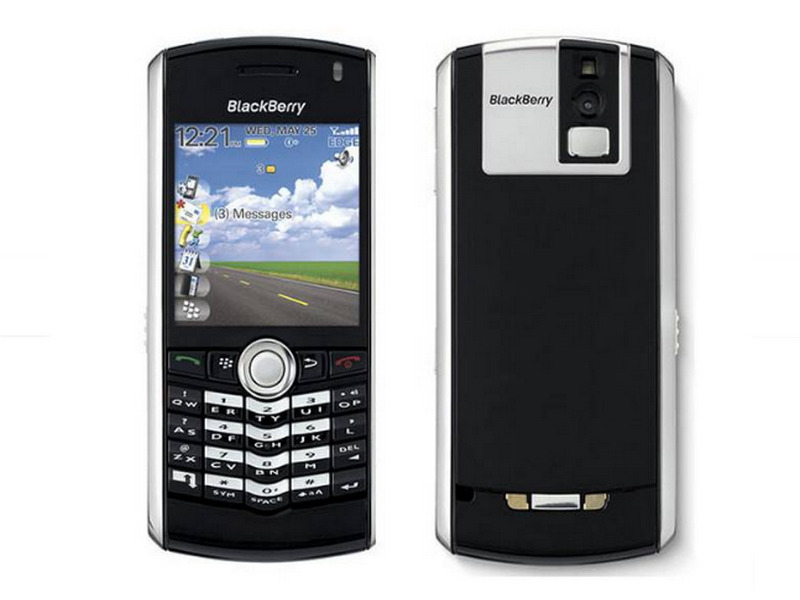 Although BlackBerry is struggling to regain its lost glory with the likes of KeyOne and the Motion, there was a time when the company defined a business-class communication device should be. BlackBerry Pearl 8100 was one such device. Launched in 2006, it came with a SureType keyboard, a trackball for precise navigation and a 1.3MP camera, making Pearl 8100 the first Blackberry package with such features. Having a color screen the handset was also the company’s first to come with the renowned security features. 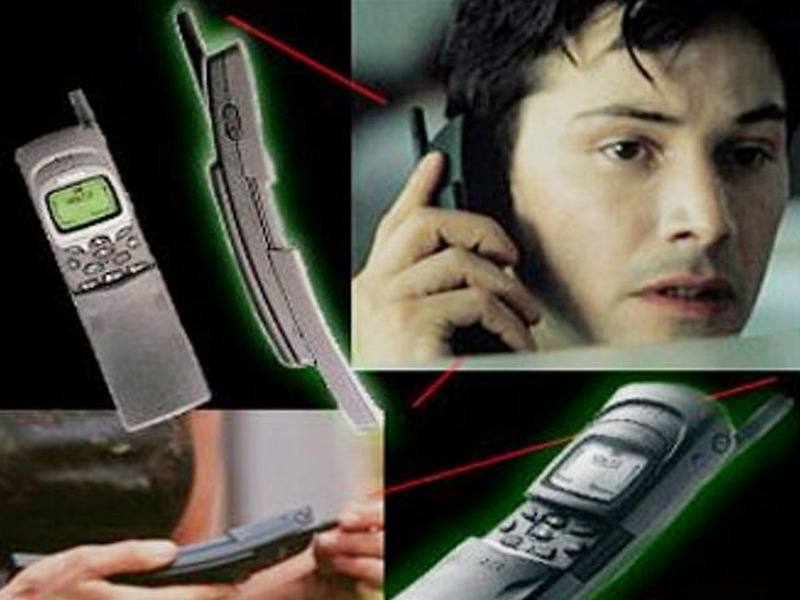 Launched in 1996, Nokia 8110’s signature feature was a mechanical slider which came down to reveal the keyboard and due to its curved built, the slider-integrated microphone came closer to the user’s mouth for better vocal clarity. Such was its popularity that it featured in the 1999 science-fiction mega-blockbuster, The Matrix. 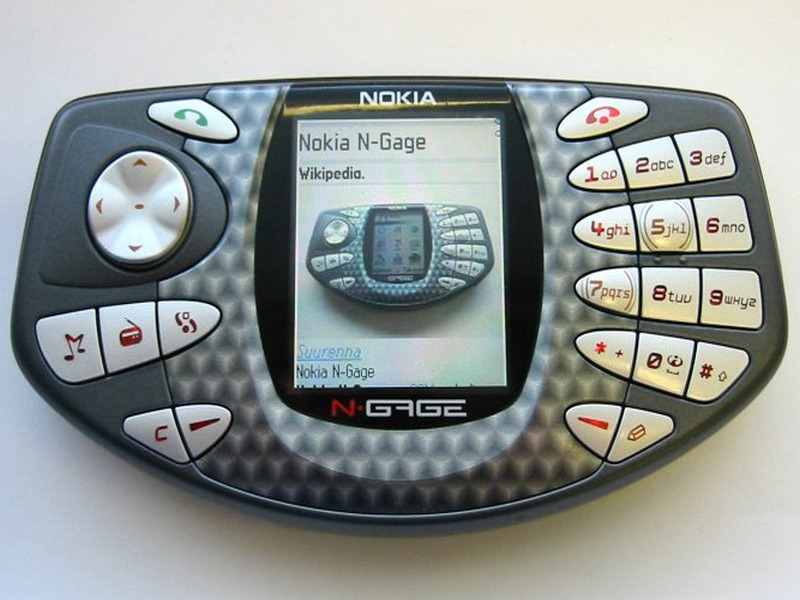 N-Gage was another classic from Nokia and probably the first mobile phone that was doubled up as a portable gaming console. Due to its built, it had the earpiece as well as the microphone placed on the sides, and staying true to its name, the Symbian-powered Nokia N-Gage could keep users ‘engaged’ for really long time, be it with gaming or internet connectivity. 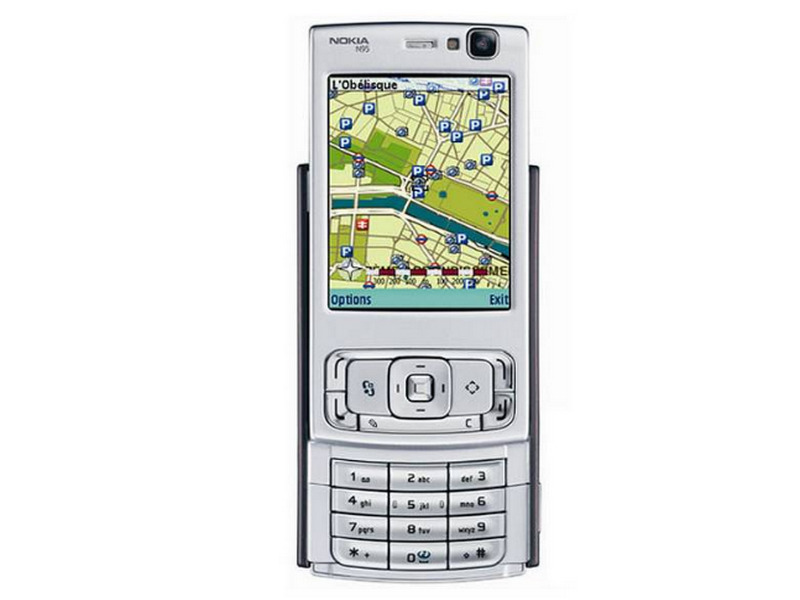 Considered as the first iPhone’s biggest competitor, Nokia N95 was said to be the Finnish Company’s one of best mechanical developments of the time. Launched in 2007, it was powered by Symbian S60 chipset and come with a unique two-way sliding design.

Launched in 2007, the N95 represented the best of Nokia at the time of its launch. The phone was powered by Symbian S60 and had a unique two-way sliding mechanism, which was used to access either the numeric keypad or the media playback buttons. Having a 5MP rear-camera along with every other connectivity feature like Bluetooth to Wi-Fi, the N95 invariably became one of the most phones in the World. 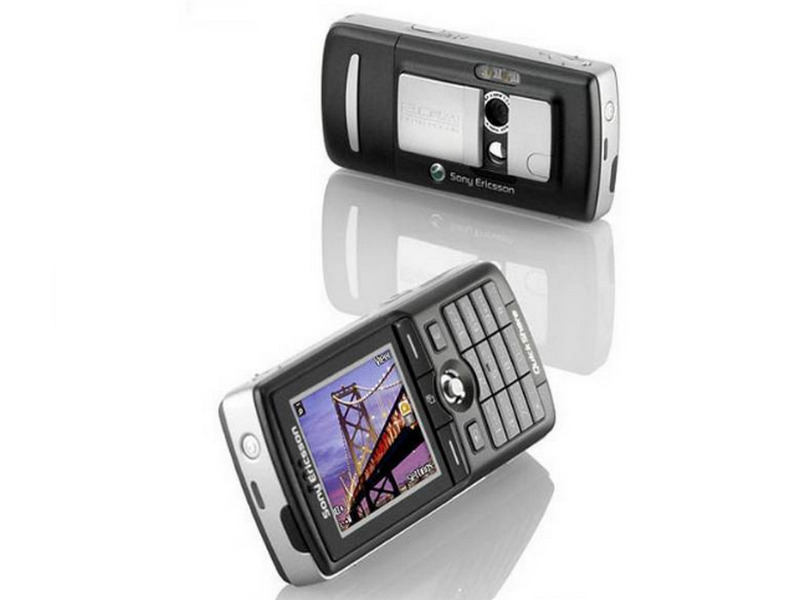 Sony Ericsson was a force to be reckoned with, back in the days when the company came up with some of the most sought-after mobile phones featuring capable cameras as well as outstanding audio quality. The Ericsson K750, launched in 2005, was a part of that lineup and featured a candy bar-style design that used the Sony’s famous ‘joystick’ for navigation while its volume rockers on the side could be used for the zoom in/out feature in camera mode. The camera itself was a piece of art as it came with an autofocus 2MP sensor which was covered by a sliding shell. 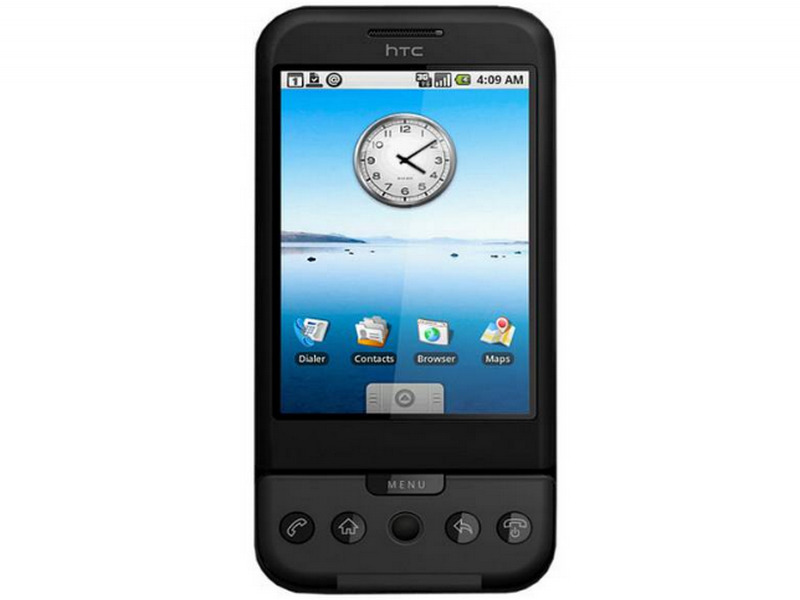 HTC might be going through a rough patch now, but it holds the distinction of manufacturing the first commercially available smartphone that ran on Android OS. HTC Dream was a dream come true for smartphone speakers of that time as it not only ran on the new operating system but it also had a horizontal slide-out touchscreen which hid a full-fledged keyboard underneath. It came 192MB RAM, 256MB of internal memory, Android 1.6 Donut and a 1,150mAh battery. 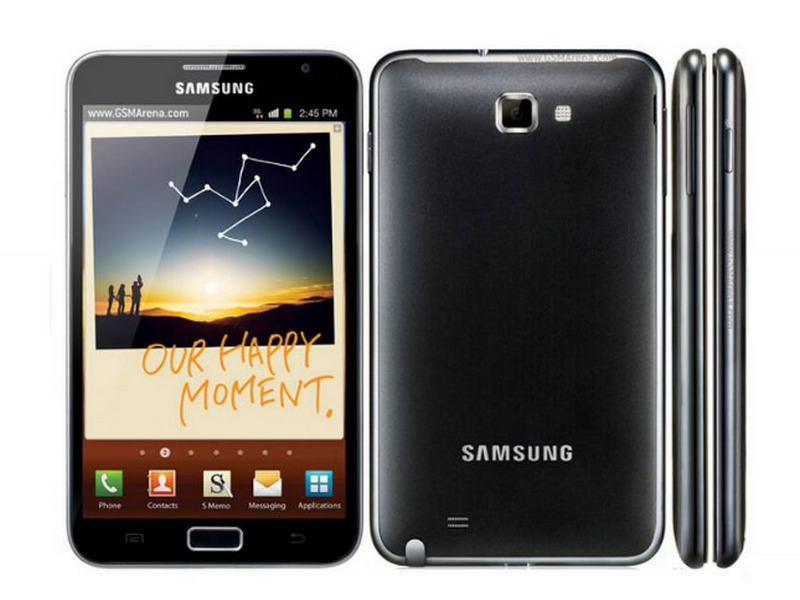 Samsung is now a name that is almost synonymous with the world of formidable smartphones that can go head-to-head with the iPhones. And even though the recently launched Galaxy Note 8 is said to be the best device ever produced by the Korean company, it all started with the first Galaxy Note, which was launched in 2011. Boasting a huge 5.3-inch touchscreen as well as a stylus, the Galaxy Note is said to be responsible for popularizing a new segment called ‘phablet’. With the Note, Samsung indeed played a risky hand as it featured a large-screen but considering the display sizes of today’s world, it’s safe to say that it paid off just fine.

So, these were the 12 most popular phones in the World and every single one of mentions is, in one way or another, responsible for developing the smartphone world that we live in today.

Which one is your best from the list of most popular phones in the World and how many of these have you used?