While the world is waiting for Apple’s launch event where iPhone 8 and iPhone X are expected to be unveiled, the company’s one of the biggest competitors, Samsung has made a touchdown in India with its next flagship, the Samsung Galaxy Note 8 which comes with a price tag of Rs 67,900. 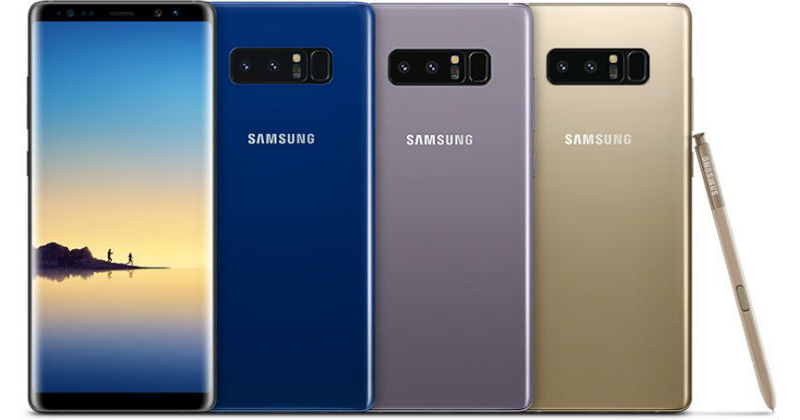 As far as online buying is concerned, Samsung Galaxy Note 8 will be exclusive to Samsung’s own store as well as Amazon India and will ship in with a USB connector, micro-USB to USB Type-C converter, AKG-tuned headphones, fast charging adapter and a clear protective case.

Samsung Galaxy Note 8 comes with a huge 6.3-inch Infinity Display which comes with 18.5:9 aspect ratio, S Pen support which is better than ever and a dual rear camera setup which is the first on any Samsung smartphone till date, makes this device one of the biggest launched of the year in India.

While the S Pen stylus is also IP68-certified and can withstand immersion in up to 1.5 meters of water, same is the case with the phone, for up to 30 minutes.

As part of the introductory offer, on pre-booking the Samsung Galaxy Note 8, users will get a one-time screen replacement offer as well as a free convertible wireless charger, while there’s a special launch offer for HDFC Credit Card users of Rs 4,000 cash back.

In addition, Samsung Galaxy Note 8 customers will get a Double Data offer on Jio, under which will get up to 448 GB of extra 4G data for a period of 8 months, as well as the Jio Prime Membership.