Home Sports Cricket New ICC Rules: From Revised DRS To Red Card, There Will Be... 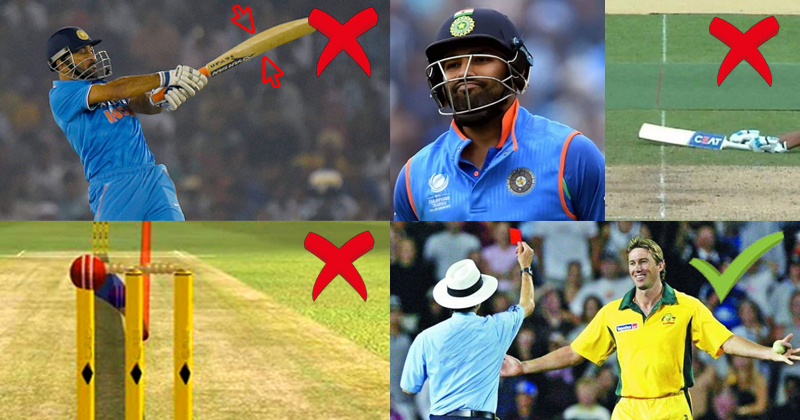 Everyone, who loves Cricket or has been following the game, is talking about the new ICC rules that will be applicable from October 2017. But before going into the details of all these new set of rules, one needs to know that Cricket has evolved over the years and the fair play policy has always called for some changes, and from the era of no-helmets to helmets as well as no third umpire to DRS, International Cricket Council (ICC) has made sure about the safety of players as well as the spirit of this game.

Over the years, we have many new ICC rules and even the introduction of an all new format, widely known as the most entertaining of the three that exists (T20), but not all the changes have been received well by the players, DRS being one of the major rules that BCCI once stood against before finally accepting the changes.

But when we come to the new ICC rules that will be applicable from October, they are a set of well thought and much-needed changes that will be welcomed by everyone, including the fans and will also increase the entertaining factor of the game.

While some of these changes will end Umpires’ struggles of taking the most appropriate calls, others are said to bring more heat during clashes between arch rivals.

So without further, adieu, here is everything you need to know about the new ICC rules that will come into effect from October 2017.

As per the current rules, if a DRS is returned to the on-field Umpire’s call due to the benefit of doubt, the team that has asked for it, loses the review. However, from October, if this will be the case, then the team won’t lose its review.

Moreover, in Test matches, DRS calls are refreshed to two after every 80 overs but according to the new rules, no top up will be given to the teams after 80 overs.

In case of T20Is, ICC has also agreed to the usage Decision Reviewing System.

This is one of the biggest changes in new ICC rules that favors batsmen. According to existing by-laws, if the bat is in the air while the bails are dislodged, even if it was grounded by the batsman while entering the crease, the handle-bearers are deemed out.

However, once the new ICC rules come into effect, once the bat touches the ground beyond the line, it will mean that the batsman has made his ground and won’t matter if the bat pops-up after beyond the line when the bails were dislodged.

As we mentioned earlier, International Cricket Council have always tried to main the fair play policy and since the introduction of T20 format, batsmen tend to have an upper hand over the bowlers and there has been a drastic rise in runs being scored in ODIs, as well.

The bats were getting thicker and heavier which has been giving the batsmen an advantage over the bowlers, however, from 1st October, the dimensions of bats will be limited to 108mm in width, 67mm in depth and 40mm thick edges.

Also Read: MS Dhoni Will Need To Change His Bat Due To New ICC Rules.

4. The Introduction Of Red Card

Die-hard Cricket fans might remember Macgrath trying to bowl an underarm delivery during a match against New Zealand which set the stage for Umpire Billy Bowden to create one of the funniest moments in history. But, after the new rules come into effect, what he did yesterday will become a power that has been given to on-field umpires.

First, watch Mcgrath and Billy Bowden creating one of the funniest moments in Cricket history here.

Just like football, this particular rule will now give on-field umpires the authority to send-off players from the field for serious misconduct/violence. This rule will ensure that the gentleman’s game is played with all the spirit and stays true to its tag.

All other offenses/misconduct would continue to be dealt under the existing ICC Code of Conduct.

So, these are the new ICC rules that will be applicable from October 2017, however, the council has given some exceptions to the series that are scheduled to kick-off before 1st October and will conclude after the date.

The Sri Lanka vs Pakistan and Bangladesh vs South Africa Test series, which will start from 28th September, will be played according to the existing rules, along with the India vs Australia 2017 series and England vs West Indies limited overs series, however, the India vs New Zealand 2017 series that will begin on 17th October, will be played according to the new ICC rules.

What do you think about these new ICC rules and how well will the players welcome them while adjusting at the same time?