‘Kabhi Khushi Kabhie Gham’ is definitely one of the most iconic movies ever, it is a 3-hour family drama with the most emblematic characters ever (I mean who can forget Poo?). She was a strong example of No Fucks Given. It is the ultimate family drama which is mandatory for your Sunday afternoons. Today is the film’s 15th anniversary, which calls for a celebration, right? Here are some of the most hilarious Kabhi Khushi Kabhie Gham dialogues that will leave you laughing your hearts out.

Let’s talk about some of the most amazing dialogues from the movie that have shaped our childhood in the best way possible. The movie has everything, from Kajol’s quirky dialogues to Hrithik’s emotional ones, to Kareena Kapoor’s confidence driven dialogues.

Here are some of the best ones.

*When you’re sorry, yet don’t want to hurt other’s feelings*

*Just say it with a smile, and they’ll never know*

3. “Hey Poo! Movie tonight? “Tell me how it waaaaaaaaas.”

*The most epic burn in the history of Bollywood*

*If only tongue twisters looked so hot on guys*

*Let’s sing it with our girls*

*How can you be so Innocent Kajol?* 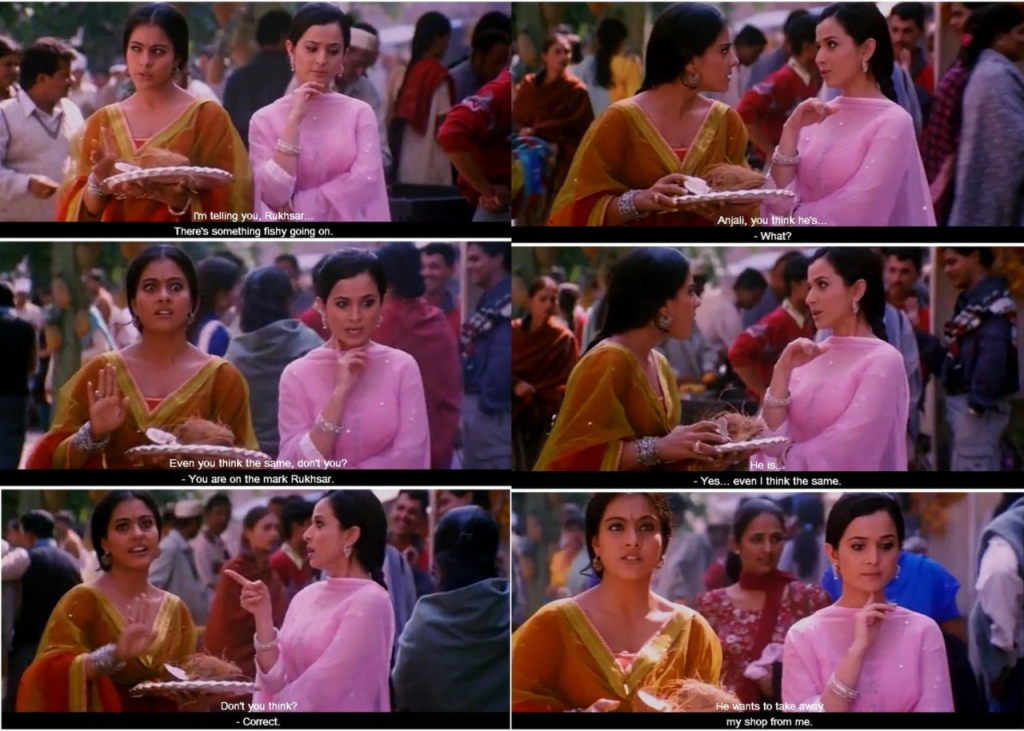 Suggested Read: These Rang De Basanti Dialogues Prove That It Was More Than Just A Movie, It Was An Emotion

*the best response to fat shaming*