For sure, there are countless enthusiasts around the world who seek in Rubik’s cube an interesting challenge, something that they lovingly cling to for the better part of a day, all throughout a year. Where one likes to read books, purely as a point of interest, there are some who like to engage in solving the Rubik’s cube challenge.

Call it a way of life for those who like to spend time judiciously or rather constructively. In some regard, playing a game or two of Chess can also be considered an interesting challenge, right?

So what was it? Well, here’s what you need to know.

It turns out, the recent date marked the fortieth anniversary (40th year) when the first 3D puzzle went for sale in the country. Now, who would have thought that, right?

If that’s not interesting, then what is. But don’t be tricked into thinking that the most amazing facet about this Rubik’s cube was just its size. Actually, the cost factor associated with this tiniest of tiny Rubik’s cube(s) out there was something that made headlines on its own.

Can you guess what might have been the cost of this one?

Apparently, the world’s smallest Rubik’s cube went for no fewer than 198,000 yen. If you convert it into American currency, then that’s around USD 1900.

Starting December, one can expect worldwide delivery of the one-of-a-kind product as well.

But more details about the special marquee object lead us to inputs from Associated Press and its worthwhile to note:

Billed as a “super-small” Rubik’s Cube, it was created to mark the 40th anniversary of when the original 3-D puzzle went on sale in Japan.

It’s made of “ultra-precision metal,” and comes with a box for its display, according to MegaHouse Corp., a subsidiary of Tokyo-based toymaker Bandai Co. Orders began Wednesday, only by credit card.

Rubik’s Cube was invented by Hungarian architecture professor Erno Rubik in the 1970s. A U.S. company turned it into a hit product in the 1980s.

More than 100 million Rubik’s Cubes were sold worldwide in the first two years. It was an instant hit in Japan, where more than 4 million were sold in the first eight months after it went on sale in July 1980.

Also Read: Wow, So There’s A Cat Temple In Japan With A Feline As Priest?

Frankly speaking, it remains to be seen just how many might have been aware that the Rubik’s cube was actually created by a Hungarian? Many, it might not be wrong to suggest, would have possibly thought that an American or Russian would’ve been the genius creator behind this enigmatic puzzle, one that attracts immediate attention but remains ever so difficult a challenge to solve. Right? 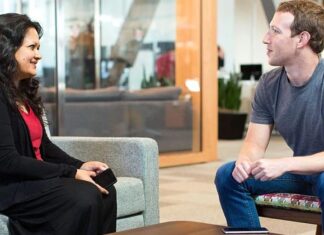 Dev Tyagi -
What’s in a speech? You might say infinite alphabets strewn together to make some meaning. But Hate or No Hate- truth is,...