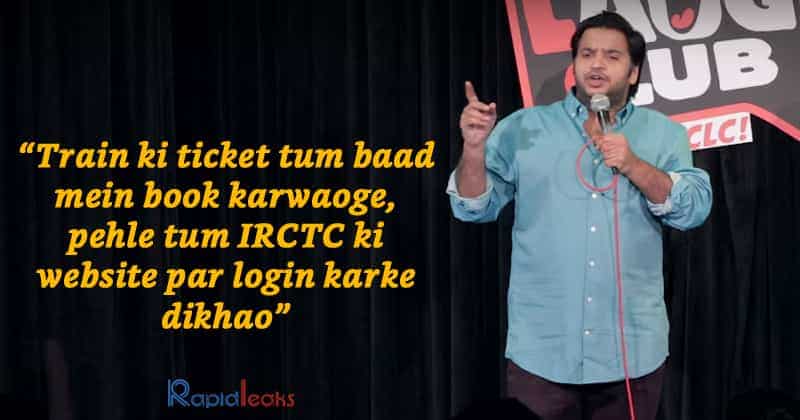 Ask any North Indians living in Mumbai about their life in the fast-paced land of Bollywood, and they would always state the initial difficulties they had to face. This includes the sky-high brokerage for a relatively small house, everything in Mumbai considered to be exotic for people from the outside and what not. The same saga is repeated with everyone who has shifted to the place and still can’t completely cope up with it.

Comedian Sundeep Sharma is out with his new stand-up clip and it includes all of these complications and much more about his life in Mumbai. Somehow, everything that includes Sundeep Sharma and Mumbai is hilarious AF and one just can’t stop laughing. We have the proof of his previous bits on the same topic, that have been amazing, one after another.

This time, the comedian explains how Mumbai’s brokers play big on sea-facing apartments and how it’s not at all true to its name. Sharma also explained how everything outside Mumbai is somehow a village for Mumbaikars, which is so true. No matter which metropolis you come from, there’s nothing that can match the sky-high reputation of Mumbaikars about their city.

(Also Read: Sundeep Sharma Hilariously Explained The Struggles Of Being 37 In India)

Another hilarious bit in the stand-up clip was about Indians and their obsession with kicking under their seats while travelling on a train. The entire segment is relatable and we all plead guilty of doing the same, at least once in our life, don’t we?

(Also Read: Sundeep Sharma’s Take On Bandra And Its Elite People Will Make You Go ROFL!)

With everything stated in the video, we all can somehow agree to the fact that living in Mumbai is one heck of a task. Much bigger than that is the deteriorating pain of explaining your lifestyle to your fellows.