Xiaomi Redmi 4A With 3GB RAM and 32GB Storage Launched

Xiaomi Redmi 4A with 3GB RAM and 32GB of internal storage has been launched by the Chinese smartphone manufacturer to make the competition even tougher for other players to sustain in this segment as the Xiaomi Redmi 4A, with its, 2GB/16GB variant was already ruling the sub-Rs 7,000 entry-level segment.

For those who don’t know much about the Xiaomi Redmi 4A, it was the company’s bid to repeat the Note 4’s success but on the more competitive segment and man, they have delivered what was promised. Xiaomi has always followed the ‘more for less policy’ and the same has taken the smartphone maker to No. 2 in the tally of biggest smartphone companies in India as per market share, second only to Samsung.

Now users will be able to choose between two variants of the Xiaomi Redmi 4A and the recent addition comes with a price tag that is just Rs 1000 higher than that of the lower end model, making it the best VFM offering in the segment, as well.

Read Our Review On Xiaomi Redmi 4A Here.

In our review, the Xiaomi Redmi 4A was already a complete Value For Money product and since it has been launched in the 3GB RAM/32GB of inbuilt storage variant at Rs 6,999, it has now become the almost perfect entry level smartphone, with just the Android 6.0 Marshmallow being a little dent in its overall capabilities. 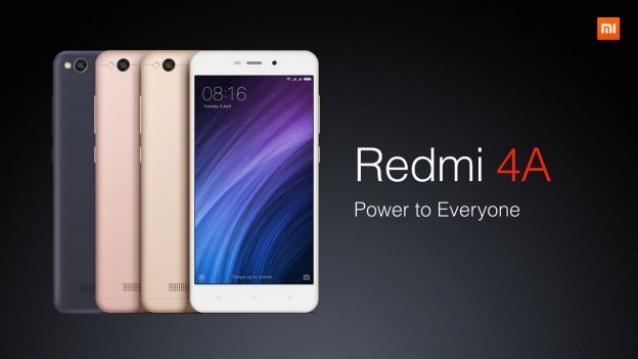 So, if you are looking for the best smartphone in India under Rs 7000, the Xiaomi Redmi 4A has to be your ultimate buy as the MIUI 9 is also expected to be made available via an update.

As for Xiaomi, the company has given back to back hits in the Indian market and the highly anticipated Mi Mix 2 with a bezel less display is expected to make a touchdown soon, as well.