Xiaomi Redmi Note 4 has been launched in India and yes, the company is offering this new entrant at the same price of its predecessor, Redmi Note 3. The 2GB/32GB version is available with the price tag of Rs 9,999 while the 4GB/64GB version will cost you Rs 12,999. However, Xiaomi has also bridged the gap with a 3GB/32GB version which will cater the needs of those who want the best of both worlds. Xiaomi Redmi Note 4 will be exclusively available on Flipkart and we can expect some of the most anticipated flash sales this year.

Since its launch in India in 2014, Xiaomi has been ruling the budget smartphones segment and Redmi Note 3 was one of the highest selling offering of the company. Due to Note 3’s unbeatable performance in sales charts, its successor had to have some mind boggling features to fill its shoes. And Trust Me, Redmi Note 3 is nothing short of a Gladiator.

Also Read: Redmi Note 4 to Launch in January 2017: Here is All You Need to Know

We had many expectations from Xiaomi Redmi Note 4 launch and let’s see if it is capable of living them up. 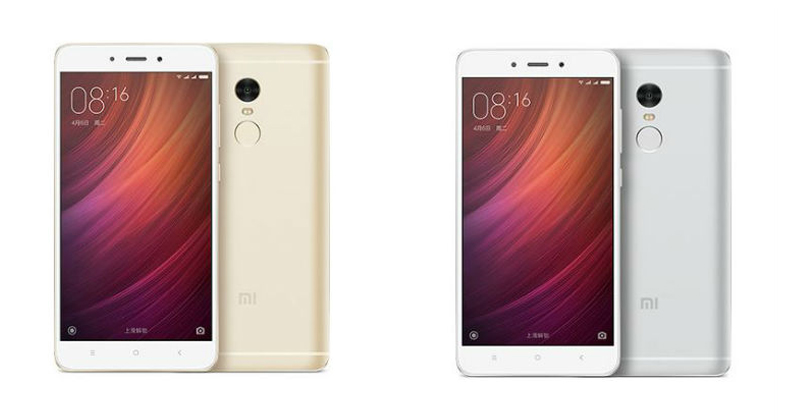 Xiaomi Redmi Note 4 features a uni-body metallic design just like its predecessor, it measures 151 x 76 x 8.3mm in dimensions. It does not feel overly big at all and is easy to grip and carry. The polished antenna line gives it a premium appeal and adds character to Redmi Note 4.

The 5.5-inch (1920 x 1080) full-HD IPS display is bright and is not at all disturbing to eyes. Moreover, with the reading mode on, it works like a dream in direct sunlight. The Display comes with a 2.5D glass with round edges which has helped Xiaomi to make Redmi Note 4 an almost bezel-less design. Premiumness at its best!!

Xiaomi Redmi Note 4 comes in three variants ranging from a 2GB/32GB, 3GB/32GB to a 4GB/64GB model. While the 2GB RAM model gives adequate internal space, its target market doesn’t comprises of performance users. On the other hand, the heavy duty 4GB RAM model will never let you down and will happily accept any kind of gaming and multitasking challenge you throw towards Redmi Note 4. As expected, the 3GB RAM model will give you the best of both worlds and will definitely rule the sales chart in the coming future.

The trio comes with Qualcomm Snapdragon 625 processor (we expected 820 for some reason) coupled with Adreno 506 GPU, giving top notch graphics and unmatched speed. Xiaomi Redmi Note 4 works on the Android 6.0 Marshmallow with Xiaomi’s own MIUI 8.

Redmi Note 3 was not among the best smartphones when it came to cameras and Xiaomi has learned a lesson from the previous mistakes. 13 MP rear camera comes with f/2.0 lens, offers a 5-piece, 77-degree wide-angle lens and Phase Detection Autofocus. It is capable of clicking detailed and in-focus shots, offering a lot of detailing in low light images. Outdoor capabilities have also been improved and colors don’t scatter in direct sunlight images.

Redmi Note 3 already had a powerful 4050 mAh battery and it was one of the best ones in the segment. However, Xiaomi has upped its game and launched Redmi Note 4 with a 4100 mAh battery. It doesn’t fit with the build-up, right? Interestingly, the new battery is capable of providing 25% more juice due to brilliant battery management by the company and it further gives 2 days 3G talk time. The legacy of long lasting batteries that Redmi 3S Prime and Note 3 started, continues.

Xiaomi has been launching some of the best Value For Money smartphones in India and the company has kicked off 2017 on a great note with the launch of Redmi Note 4. It is more than worthy for the title of Note 3’s successor and except the above mentioned disappointments, Xiaomi Redmi Note 4 is one of the best smartphones in this price bracket.

If you are looking to buy a budget smartphone, trust me, Redmi Note 4 has all the bells and whistles to be your companion.