While Lenovo-owned Motorola is expected to launch its latest smartphones in the G-series lineup during the Mobile World Congress 2018, it is rumored that the there are going to be three brand new handsets on display namely Moto G6, G6 Plus and the Moto G6 Play.

While the company is yet to make an official announcement for its new releases, we have already got yo know that the next generation of G-series smartphones is going to come with glass-and-metal design, which is in line with the Moto X4.

Apart from that, it is also known that the Moto G6 Play and its siblings will come with a trendy 18:9 display while the pricing is expected to almost the same as to that of the Moto G5S-series. While speculations are on a high regarding all the other specifications, Moto G6 Play has recently paid a visit to benchmark site Geekbench, which has given us a great insight over what kind of internals the first ‘Play’ smartphone in the Moto G-series will look like. 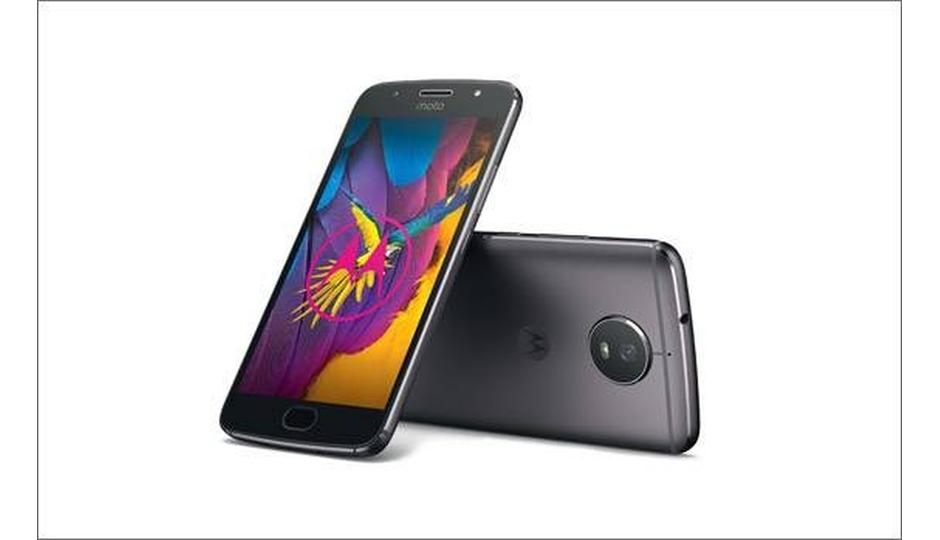 Confirming the earlier rumors, Moto G6 Play will be powered by Snapdragon 430 chipset which is a two-year-old processor, but on the brighter side, it will come with Android 8.0 Oreo out of the box. Moreover, the handset will arrive with 3GB of RAM, however, there might also be a 2GB RAM variant because Motorola is rumored to scrap the entry-level Moto C series, as well.

The Moto G6 Play, with all these internals, feels like a disappointment, but Motorola is adding the trendy 18:9 display to the handset. The Moto G6 Play is expected to feature a 5.7-inch HD+ 18:9 display and there will be Motorola branding below the screen. The rear panel of the phone will have a single 12MP lens camera while the front 8MP camera will come with a LED flash. Moreover, the fingerprint scanner is expected to be embedded into the Moto dimple at the rear, which is a long-requested implementation.] 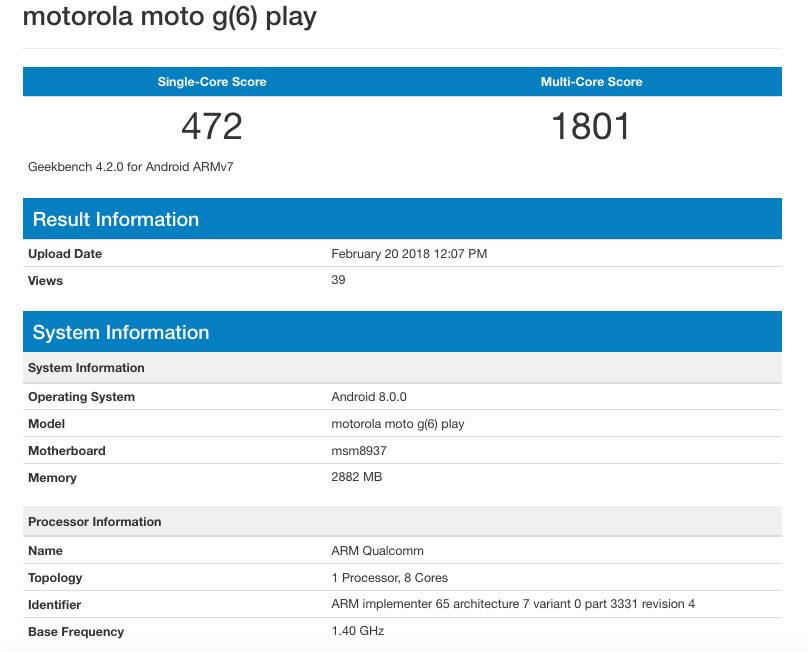 While the whole package will be backed by a 4000mAh battery, when it comes to the pricing, the Moto G6 Play will have to find its own sweet spot in the competition because of the two-year-old processor under-the-hood.

Pricing and color options for the Moto G6 Play were also leaked online and the leak suggests that the handset will come in three color options- Dark Charcoal, Gold and Deep Blue with a price tag of $190 (Rs 12,300 approx.).

Everything said and done, Moto G6 Play seems to be a lower-end model in the Moto G6 series which also consists of Moto G6 and Moto G6 Plus. on the other hand, while the Moto G6 Plus is expected to arrive with Snapdragon 630 chipset, the Moto G6 is rumored to be powered by the Snapdragon 450 chipset. Both smartphones will come with Android Oreo out-of-the-box.