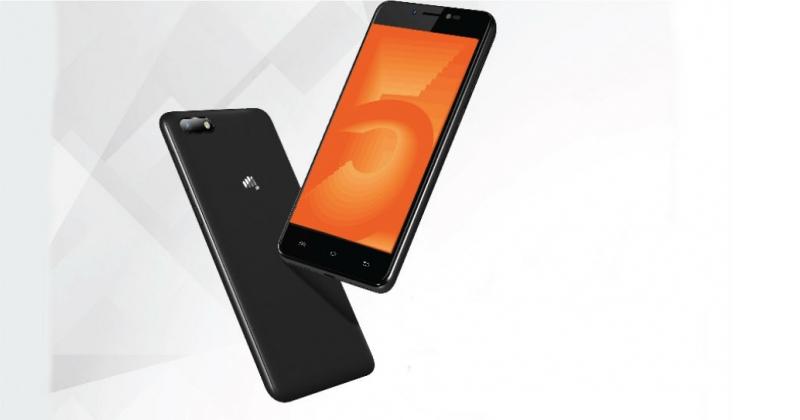 For those who have closely following the Indian entry-level smartphone launches in the recent past, you might know about the recent trend that is on fire, which is giving the most and asking the least.

However, the one company that has managed to actually implement it is none other than Xiaomi, but Micromax, the Indian smartphone maker has hit out hard with its recent launches, especially the Bharat series, which has sold over 3 million units in the last six months.

Now, the Indian maker has come up with another offering, for those looking to enter the smartphone world, dubbed as Micromax Bharat 5 which comes with a huge 5000 mAh battery for a long lasting backup and some useful software upgrades that might make it stand apart in an already crowded segment.

But, the word ‘might’ is what Micromax needs to eliminate from its dictionary as the company has not come up with a pull-proof plan until now, with Canvas Infinity being the only exception.

So, is Micromax Bharat 5 the one to give a push to the company which is finding it hard to match the sales number of Xiaomi and Moto? Let’s see.

The Micromax Bharat 5 will only be available in Black color and is priced at Rs. 5,555. It will be available across the country via both online and offline retail stores from December 5. Micromax, this time, is aiming to sell over 6 Million Bharat mobiles by March 2018 and has also announced that it will launch Bharat 5 Pro as well as Bharat 5 Plus in the coming two months.

As for launch offers, all Micromax Bharat 5 will get 10GB data of additional data every month for five months and the offer is only valid for all new or existing Vodafone users.

Compared to the recently launched Xiaomi Redmi 5A which is priced at Rs 4,999, Micromax Bharat 5 comes with a mediocre specs-sheet. However, the addition of Bokeh mode does make the camera unit sound cooler. Even the 5000mAh battery is something we have rarely seen in this segment.

Moreover, with stock Android, Micromax Bharat 5 is a perfect smartphone for those looking to enter the Android world for the first time, but sadly, there is a spoiler. There will be no Android Oreo update for the device.

Should you buy one?

If you want an entry-level smartphone for day-to-day chores, then and only then go for Micromax Bharat 5. On the other hand, if you are intrigued with its ‘Made In India’ tag, the Xiaomi Redmi 5A seems to be a better option with its ‘Assembled In India’ tag.

What do you think about Micromax Bharat 5? What else does Micromax need in order to go mainstream? Share your thoughts in the comment section below.