After launching the LG Q6 in the mid-budget segment while also taking the first mover’s advantage of bringing the bezel-less experience, the smartphone manufacturer is back with the LG Q6+ with minor hardware changes as well as some irresistible add-ons.

For the unknown, LG Q6 was the first smartphone to offer a Full Vision 18:9 display in India and also came with a very sensible price tag of Rs. 14,999. Combining the aesthetic of premium flagship G6 and mid-budget segment’s favorite processor, LG Q6 has been a force to reckon with and now LG Q6+ is here to take the game a notch higher.

Priced at Rs. 17,990, LG Q6+ comes with 4GB of RAM and 64GB of expandable storage which has added to its capabilities of multitasking as well as performance credentials. Other than that, everything remains the same as the non-plus variant, although we would have appreciated a fingerprint scanner coupled with Facial ID as the face recognition system has turned out to be an irritating task for new users.

The metal frames surrounding LG Q6+ features 7000 series aluminum, which is one of the highest strength aluminum alloys and since the Q6 turned out to be a comfortable device to hold and operate with one hand despite its size, the same can be said for LG Q6+.

Other than that, in our LG Q6 review we accepted that recommending the smartphone was the easiest thing for us, and those Rs, 14,990 are perfectly justified by its premium design and the 5.5-inch (2160 x 1080) FHD+ FullVision Display, unless a fingerprint scanner was a deal breaker for you. However, with the LG Q6+, those almost 3000 bucks has taken the smartphone on the expensive side as users will just be getting 1GB RAM more and double the storage. 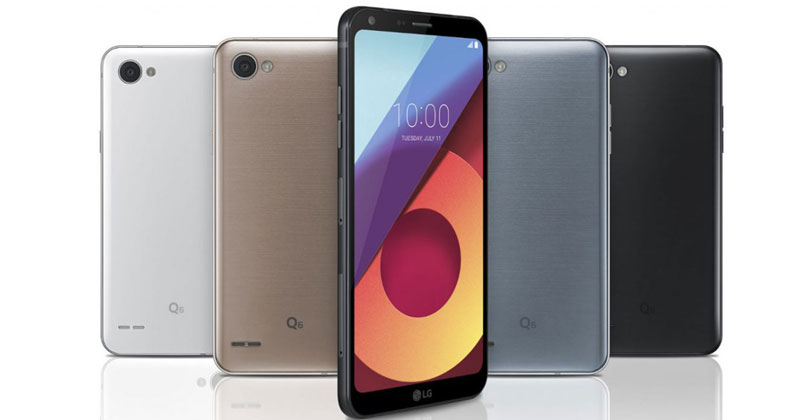 That being said, to make the deal sound sweet, for those who have pre-booked the LG Q6+ will get an LG soured Bluetooth speaker worth Rs. 2,990 for free and while the non-plus variant is an online exclusive smartphone, customers who’re interested in getting their hands on the LG Q6+ can head over to a nearest retail store as the device has been launched offline.

However, it will be interesting to see whether the widespread availability and 4GB/64GB option can turn buyers to the counter to spend an extra Rs 2000!!