InFocus, the US-based smartphone manufacturer, has been on the roll since last year and after launching a formidable entry-level handset called the Turbo 5 and its first ever 18:9 aspect ratio smartphone, the Vision 3, it is back with another budget contender for the masses.

Dubbed as the InFocus M7s, the device features specifications like an 18:9 aspect ratio display, dual cameras at the rear, ample of RAM for multitasking and a huge battery backup. However, all these features can also be found in the Vision 3 and it seems that InFocus M7s is a rebranded version of the former but with a beefed-up package.

The highlight of InFocus M7s is the PIP mode called ‘Dualfie’ which is in similar lines with Nokia Bothie. This feature allows users to capture an image from both the front as well as rear camera and even record video.

In our review, InFocus Vision 3 turned out to be a never seem package that had everything an entry-level buyer would expect from a smartphone. But with the InFocus M7s, the company is targeting power users who would love to put performance credentials of their handset to test. 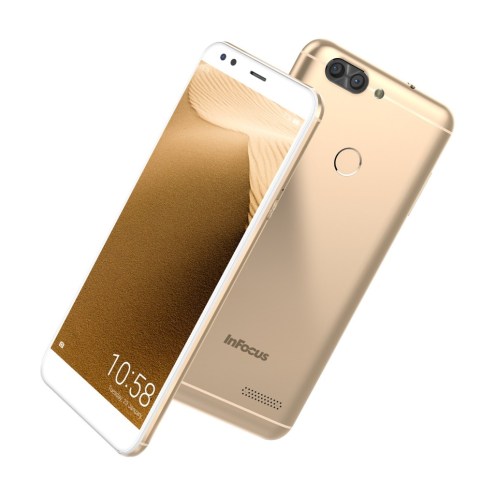 Priced at TWD 4,290 (Rs. 9,300 approximately), InFocus M7s will be available in Platinum Light Gold and Obsidian Black color options. While it will be exclusively launched in Taiwan, as of now, we expect a global launch soon as the smartphone can be a money maker for the US-based manufacturer.

While the InFocus M7s is essentially a Vision 3 with more RAM, storage and the ‘Dualfie’ feature, it still manages to justify its higher price tag due to a specs-sheet that hasn’t been matched, as of now.

With more power under the hood, InFocus M7 is the best a perforce user can expect at this price point and we are eagerly waiting for its global launch.