There would be almost no one who doesn’t like the festival of Christmas. Celebrated on the 25th of December every year, it is one of the most beloved festivals not only by Christians but by almost every religion and people all across the world. It’s the lights, the celebration, the festive feeling, and winter’s chill that contribute to the festivity and generate this sweet Christmas feeling in our hearts. However, many around the world still have various doubts about the history of Christmas, how did the festival begin, why is it associated with Santa Claus and so much more.

We have decided to rest all these doubts to rest, once in for all, and answer all these interesting questions for everyone’s better understanding.

So, let’s get started with understanding the history of Christmas better, starting with:

How the festival did begin?

Christians have celebrated Christmas as the birth anniversary of Jesus of Nazareth, who was a spiritual leader and his teachings comprise of what Christian religion denotes. But, in the early years of Christianity, instead of the birth of Jesus, Easter was celebrated as the main holiday. Surprisingly, the actual date of birth of Jesus was never known! It wasn’t mentioned in the Bible too, and so the date was chosen by Pope Julius – I, and it was mainly done to absorb and adapt the traditions of the festival of pagan Saturnalia. So factually, it can’t be said that the birth of Jesus is when Christmas is celebrated, and it is a myth among many people still.

The customs popular from the past times include exchanging gifts, decorating Christmas trees, attending Church, waiting for Santa Claus, and sharing meals with friends and family.

The idea of Santa Claus

Santa Claus is someone who is really famous with kids, as he is supposed to travel to their houses and deliver their gifts late on the Christmas night. The existence of this legend is traced back to a monk named St. Nicholas, who was born in 280 AD in Turkey.

In the year 1822, a Christmas poem was written by Clement Moore who was the Episcopal minister. The poem was “An Account of a Visit from St. Nicholas“. It was this poem that depicted the jolly nature of Santa, who traveled to children’s houses on reindeers and gave them gifts. Thomas Nast in 1881, drew the famously known picture of Santa Claus in red with a big white beard and a bag full of toys, which eventually immortalized him and it is the legend of St. Nicholas that we know as Santa Claus up to this date.

Few Historical Facts about the history of Christmas

1. Every year in the United States itself, nearly 30-35 Million Christmas trees are sold, which are grown 15 years prior to when they are sold!

2. The festival of Christmas was even canceled from the years 1659 to 1681, and its celebration became outlawed and the ones who did so were fined five shillings.

3. The actual tradition of Rockefeller Center Christmas Tree was started by construction workers in the years 1931.

4. Rudolph was the most famous reindeer among all the reindeers who carried Santa Claus.

So, these were a few of the Historical happenings that have led to the beautiful festival and contributed to the history of Christmas that we all love and celebrate these days. Christmas isn’t only celebrated because it is the birth anniversary of Jesus, but it also unites people, friends, families from all religions and cultures. Bringing gifts and preparing delicious food items in the cold winters to make this festival even more enjoyable. We wish you Merry Christmas in advance! 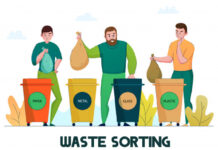