Needless to say that the outbreak of the Coronavirus has been a tragedy, one that cannot be undermined, shouldn’t be ignored and cannot be shoved under the carpet. A virus outbreak of such a humungous scale, one whose repercussions can threaten the world, let alone the geography of its origin, the world suddenly appears a much darker place as if it hadn’t already been one.

But let’s discount trading places with Socrates for a second and delve deep into what this could mean for India, not so distant from the place where a threat of such macabre potential rests.

In a country that is already going through its fair share of challenges, none of which could be bigger in the urgency needed for economic repairing- what lies at stake for the world’s largest democracy?

Apparently, and quoting Al Jazeera may not be an entirely disastrous idea, there’s nothing new in noting that the economy of the country needs some attention. Should the slowing growth rate and rising uncertainties be allowed to develop at a rate they already are, we might be amid the risk of seeing the sleeping giant in India getting a rather long nap.

This could spell potential disaster. Here’s how?

Figures released on Friday by the National Statistics Office (NSO) showed India’s economy grew an anemic 4.7 percent on an annualized basis in the final three months of 2019 – marking a slowdown from the same period a year earlier, as well as from the previous quarter’s revised growth rate of 5.1 percent.

Anaemia, we were taught in school and still know, isn’t the best of conditions to be in.

So could it also be that in this incessant culture of overdependence on media, amid a climate already ridden in fake news, we are being misled?

Even before you would revert to meme-making a serious issue, for our dependencies on social media for validating what is going on around the world is a bit too much nowadays, here’s what Priyanka Kishore, the India, South-East Asia head at Oxford Economics had to say:

“Global growth and trade are weakening and there are certain manufacturing supply chains through which disruptions in Chinese production impact India!”

Now unless we think that economists who are feeding us information about these events are on some permanent payroll of the Illuminati- which let’s hope doesn’t appear as a Sab TV ( and we love Taarak Mehta, by the way), meets Netflix movie soon- there are clear issues that India needs to address:

As a country are we not already facing the issues of rising prices?

Aren’t the troubles surrounding stagnation- to which we don’t yet know which barometer to prescribe to- really around us, instead of being some silly rumors?

Have financial institutions reported a mega-blast for those invested in them?

Moreover, how much sense were we as one country able to derive from the recent union budget, as narrated by Ms. Sitharaman, who’s not yet won the Nobel Peace Prize from the Jim Carey fan-club for her Oscar-worthy narration that was only a few seconds longer than the duration of the First World War?

Suggested Read- How To Protect Yourself From Coronavirus?

Now that there’s Coronavirus which has already, according to some, led to the cancellation of the Chinese parliament- an unprecedented occurrence in the post-Mao era, can we breathe easy, India? 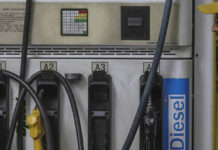 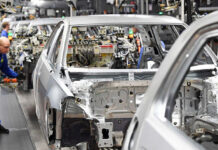