Several businesses, it is being remarked, are all set to go bankrupt in Japan. As such, the Japanese economy is an otherwise strong and progressive economy, measured among the strongest in the world whose counting is among the biggest. But where the current year is concerned, then it doesn’t seem as if things are going in the right direction for several Japanese businesses.

Where 2020 on the one hand led to countless job losses, it also, on the other hand, is making the lives difficult for small and medium businesses and enterprises in the ‘land of the rising sun!’

And in order to take full cognisance of the damage wrecked by the novel Coronavirus, then it ought to be said, as many as 500 businesses are bound to get affected in Japan in the immediate future. 500 is the correct number; you read that right, let that sink in.

The fate of the small businesses along with the mid-sized enterprises is just about as uncertain as is the fate of the stores and brand outlets. According to recent studies carried out by private credit research firms, the current business and economy scenario in the otherwise wealthy economy is rather dismal.

As a new regime is about to settle down and take control of the Japanese economy, the troubles faced by the former regime, one under Shinzo Abe- the longest-running PM in Japan’s history- reminds one of a different kind of struggle: where the greatest challenge was to sustain employment!

Will this very challenge emerge to become, once again, one of Japan’s leading predicaments- it’s anyone’s guess.

In the recent past, a line of relief measures- critical and timely- were carried out by the Abe administration toward bringing about an emergency relief stimulus package whose top priority was preventing corporate collapses.

But on ground zero, it appears even the life for daily restaurants and take away businesses in some of the leading urban centres of the country are fraught with challenges.

A news report that tried to highlight some of Japan’s existential woes in the business landscape studied various business streams and shared some key inputs.

“I’ve been unable to work in the kitchen, and I’ve lost my motivation to continue the business,” the 69-year-old owner of a French restaurant in the Tokyo suburban city of Chofu said in a strained voice. The owner closed his restaurant in late March when novel coronavirus infections were spreading and decided in mid-April to shut down the store permanently. He had been very fond of and taken pride in the restaurant, which provided tasty meals for 45 years.

According to Tokyo Shoko Research Ltd., the number of businesses that went under due to the novel coronavirus reached 500 on Sept. 15. The industry that saw the greatest number of bankruptcy cases was eateries, with a total of 70 cases. The clothing industry, which was affected by the temporary closures of retail shops, followed with 54 stores going out of business.

That being told, the big cause of worry stems from the realisation that as on September 8, well over 350 businesses have gone bankrupt, a majority of which are to do with the F&B space.

Also Read: There’s A Cat Temple In Japan With A Feline As Priest

It is being said that eateries, in particular, have borne the brunt of business collapse during the challenging times brought out by the Pandemic in 2020. How soon can one look for better times is what the average Japanese whether in Tokyo’s high rise apartment or amid the idyllic settings of Okinawa asks? 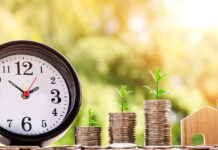 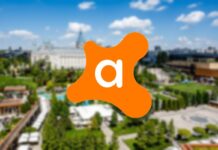