The future belongs to rich Americans and the young Indian middle class. Such insights can be gained with the tools of the World Data Lab. The start-up wants to democratize access to data that reveal something about human development. According to WDL, we might be poor today but will not be by the year 2030. Let’s look at the data and reasons for that.

The World Poverty Clock is just going in the wrong direction. Over 60 people would have to jump out of poverty every minute if the world still wanted to achieve the United Nations’ most important sustainability goal which is the end of absolute poverty by 2030. However, due to the Corona crisis, the sluggish improvement has not only slowed down but increased drastically.

According to the World Data Lab, the number of people affected by absolute poverty per minute is currently increasing by 102.2 people. If everything goes the same way, the number of poor will not decrease to 0 by 2030, but only from the current 706 million to 596 million people.

Corona is a completely different league than the financial crisis

The pandemic has already left extreme traces. Unlike in 2009, we are experiencing a strong recession not only regionally but worldwide for the first time in this century. It’s a very different league from the financial crisis. The long-term effects depend on how quickly the world leaves the crisis behind. Nevertheless, Corona will not change the fact that humanity will be better in the future, just as it is better today than in the past.

The World Data Lab has developed three tools. It is based on meaningfully linked data from the World Bank, the International Monetary Fund, the United Nations, and the OECD. Along with the World Poverty Clock, it includes Population, which provides a fascinating insight into personal and global life expectancy.

For example, a woman who was born in the United Kingdom on July 13, 1990, receives the following information from World data Lab “Do you think you belong to the young or old? You are the 3,766,711,775 people alive on the planet. This means that you are older than 49% of the world’s population and older than 36% of all people in the United Kingdom.”

She learns that, statistically, she still has more than 60 years to live. However, if she had been born in Nigeria, she would have only 39.6 years. With just one click she can find out. Incidentally, 68,603 people were born in China on the same day.

The world population clock runs on the personalized display on Population.io, making it possible to experience the global population growth live. It’s not just in terms of numbers, but also in the countries where children are born. Inspired by the success of the project, the World Data Lab started working on the other tools, not only for the scientists or statisticians but for everyone.

The World Data Lab also wants to help underpin social debates with facts because widespread views are often not even supported by numbers. By 2030, the number of people will increase by just under 700 million to around 8.5 billion. But there will be no more children. Because, contrary to what many people think, it is not the children who are responsible for population growth, but the adults. In particular, the number of old people will increase. Fortunately, people will live longer and therefore the population is higher. It settles the debates about how to lower the birth rate are of little use if you want to slow down population growth.

The third tool of the World Data Lab is called Market Pro and, unlike the other two, is aimed at commercial users. These receive forecasts about the development of the population and the purchasing power of people and not just for individual countries, but all countries even down to the level of individual districts.

Another example that could be relevant to many companies. The number of rich old people I.e. people over 65 who have a daily purchasing power of over $ 100, will double in Germany by 2030 which is a lucrative and growing target group. The rich in the US will be the number one target group in 2030. The number two market is the lower middle class in India, people who can spend about $30 a day.

Suggested Read – What Could Be The Impact Of Coronavirus To The Indian Economy?

But, looking at the bigger picture of humanity in ten years, will it be better? According to the World Data Lab, it will certainly be much better than what it is now. Even if many people perceive it differently because we are worse off in 2020 than in 2019. We have to understand that interpretation of data can be done in many ways because the situation is still much better than in 2010 or 2000. By 2030, not only will poverty continue to decline, but also other aspects such as child mortality or crime.

This article is just paraphrasing of the Article published in 1e9. Please contact the writer for queries. 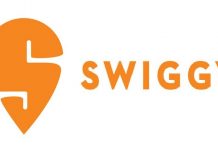 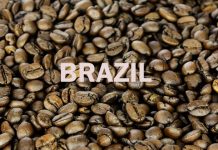 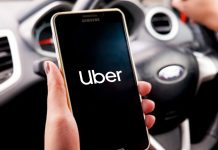