For an intact engine, it is important to regularly check the correct oil level in the engine. Because no vehicle with an internal combustion engine can do without lubricant. But why do cars use lubricants and what are the different types of engine oil? Let’s find out.

Every now and then, when we take our car to be serviced, there is a charge for an oil change on the invoice and it is more or less the highest on the list. Every car needs engine oil replacement after running for a certain number of kilometers. It ranges between 3 to 8 liters for different cars. The rule of thumb here is that the larger the engine, the more engine oil or lubricant, it requires.

The lubricant or engine oil mainly serves to lubricate the moving parts in the engine and thus reduce the friction between metallic surfaces. Besides, the engine oil also has a cleaning effect because it absorbs the mechanical abrasion and the combustion residues. Last but not least, the oil for the engine parts also has a cooling function which keeps the engine temperature low and also protects the metallic parts from rust.

Suggested Read: Which Is India’s Best-Selling Car? Well, Maruti Alto, What Else?

What is Engine Oil Made of?

Engine oil is made up of various components mixed according to the usage. A typical engine oil consists of:

Mineral oil is the simplest form of engine oil designed for simple and efficient engines as well as light-footed experienced drivers.

Synthetic oils are designed to perform at extreme temperatures with heavier engines. They contain performance additives apart from having fewer impurities.

Semi-Synthetic Oil is created by mixing the mineral and synthetic oils to improve resistance against oxidation and maintain low engine temperature.

Apart from these, there is a high mileage oil that is only for the vehicles that have covered more than 100000 kilometers. It basically ensures the long life of the engine along with higher mileage.

Why Does The Amount of Oil Decrease Over Time?

Oil consumption occurs when the oil enters the combustion chamber of the engine in small quantities through piston rings or valve guides. It acts as a shield over the pistons providing additional smoothness when the piston moves.

This saves the pistons from wear and tear. As the car runs, the oil gets used up and also gets dirty because of all the combustion residues it collects. Some of the oil is also thrown out through the exhaust pipe with the smoke produced in the combustion chamber.

The tolerance capacity of the engines is very high today as the mechanical stress on the components has also declined over the decades due to modern mechanical engineering. Nevertheless, engine oil consumption can vary depending on the engine design, season, or driving style. 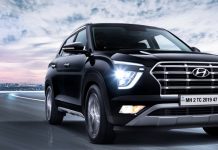 Since Resumption of Work, It’s All Up, Up And Away For Hyundai