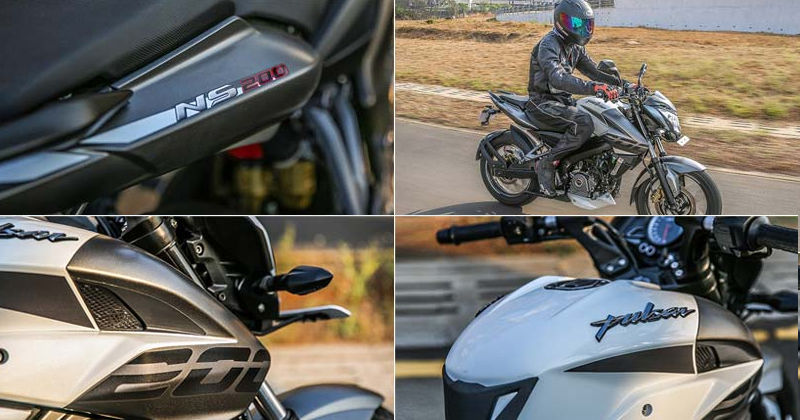 In order to make amends, Bajaj Pulsar NS 200 was relaunched in India earlier this year at a price of INR 98,000 (ex-showroom) followed by the RS semi-flared model, both giving a boost to Bajaj’s sales charts as well as to the portfolio appeal which now has the likes of KTM Duke 200 and Duke 390.

That said, according to some new automotive regulations, come April 2018, all 2-wheeler manufacturers will have to offer ABS mandatorily on motorcycles of 125cc displacement
and above, and in order to keep up with the changes, Bajaj Pulsar NS 200 ABS has silently been launched in India at a price of Rs 1.09 Lakh (ex-showroom).

While earlier reports suggested that the Bajaj Pulsar NS 200 ABS might be launched in the starting of 2018, this move by India’s one of the biggest two-wheeler manufacturer has given it an edge over its competitors as many still have to introduce an ABS version of their respective bikes.

This has made Bajaj Pulsar NS 200 ABS one of the most affordable motorcycles from Bajaj’s stable with anti-lock braking system while safety features of the updated Pulsar NS 200 include front as well as rear disc brakes.

Suzuki Gixxer SF, which was recently launched in the ABS avatar, also uses the same single channel ABS unit which gets the job done as well as improves rider’s safety under hard braking. However, it’s prowess could not be compared with a superior dual channel ABS.

Moreover, from 2020, BS6 emission norms will be applied and the Indian maker, after launching the Bajaj Pulsar NS 200 ABS, will be updating its portfolio with BS6 compliant biles and is also expected to add fuel-injection feature to the Pulsar lineup.

Despite the update, kerb weight of Bajaj Pulsar NS 200 ABS stays at 145 kgs and the bikes come with 17-inch alloy wheels are shod with MRF NyloGrip tires and an AHO (Always Headlamp On) feature.

The Bajaj Pulsar NS 200 ABS competes with the likes of the KTM 200 Duke, TVS Apache RTR 200, and the recently launched Yamaha FZ25 in the segment while booking for the ABS version have already started across the country at all official dealerships.