What on earth is wrong with Canada? Or how else is one supposed to put it and ask what clearly seems a crazy scenario? Where it stands at the moment, then perhaps it doesn’t occur to us that of the countries worst hit by the COVID-19 pandemic is Canada among the others, including the United States and the United Kingdom.

For had that not been the case, why would the government in Canada predict what can only be called a crazy sum of numbers!

Apparently, by around June 15, that’s mid-June (in layman terms), the country is expected some 100,000 new COVID-19 cases. Now that’s not a lame figure by any stretch of the imagination.

100,000 new COVID-cases in itself, is a daunting and serious number regardless of who you are and where you might be at this point in time.

But for a country as developed as Canada, a world power of sorts in its healthcare system and the overall preparedness to fight pandemics like the COVID-19 Coronavirus, this is an insane number.

Especially at a time where much of the world is slowly but steadily waking up from the slumber and trying to regain the long lost road to normality.

So this leaves us fuming with a sense of anxiety as to what may have happened in the Justin Trudeau-led nation that such a dire situation is being predicted by his own government?

Well, basis the breaking news here is what one needs to know:

Chief Public Health Officer Dr. Theresa Tam said that even though progress is being made in fighting the novel coronavirus, until an effective vaccine or treatment is available, an ongoing effort is going to be required or Canada could see a severe second spike.

Federal modelling showed that if population-based measures are loosened – allowing larger gathering sizes, permitting students to go back to school, and allowing businesses to reopen without accompanying public health measures, for example — it “will likely cause the epidemic to rebound.”

The figures showed that if the spread prevention measures are insufficient, Canada could have another peak come October.

“While we start loosening some restrictions, we also have to strengthen other measures… And as people head back to work, it’s even more important that we keep a 2-metre distance from others, wash our hands, and wear a mask when physical distancing is not always possible,” Trudeau said on Thursday.

Importantly, at this point in time, one doesn’t know as to when might Canada begin to operate normally. However, situation at the stable of its close economic and political ally USA aren’t any better either, a country, that purely by numbers, appears the worst-hit by the current pandemic.

When might normal life return- there is no ready or sure answer as of now. When might flights operate as before and when might those huge conglomerates and international organizations resume regular mode of functioning- we do not know.

What makes sense is to tread carefully. Because while a lot many countries are evidencing somewhat of a relief from extremely tough situations, there’s still no absolute respite from the dreaded virus. Be safe Canada, you are in our prayers! 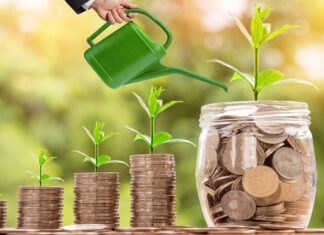 Team Rapid -
We all invest in our lifetimes, be it anything. But do you plan and put forethought in defining your investment plan? Investing...