Home World What do you think, which currency is the most expensive in the... 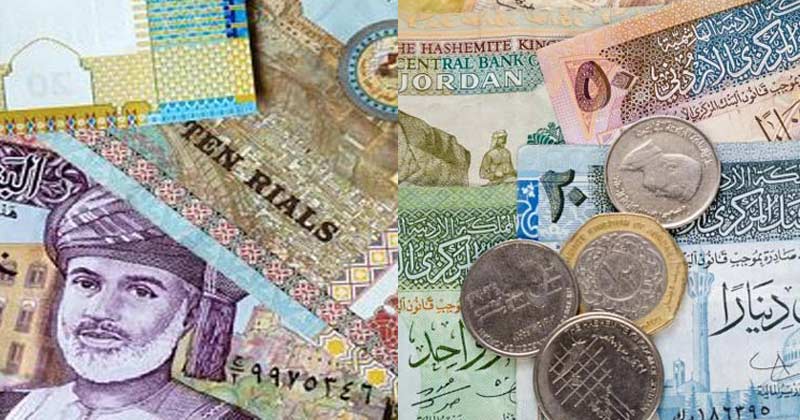 Most consider the US Dollar or the British Pound as the highest rated currency, but if you take a closer look, neither of them are the most expensive.

We have put together a list of the most expensive currencies in the world:

The Kuwait Dinar is the world’s most expensive currency against the US dollar .

Kuwait is a small country with enormous wealth. The highest value (price) of its currency is explained by significant oil exports to the world market.

The Bahraini Dinar is the second most valuable currency.

Bahrain is an island state on the Persian Gulf with just over 1 million inhabitants. As in the first case, the biggest source of income of this country is the export of “black gold”.

Interestingly, the Bahraini Dinar has been pegged to the US dollar and its exchange rate against the US dollar has remained unchanged since 2005.

Oman is a country in the Arabian Peninsula. Thanks to its strategic location, it has a developed economy and a high quality of life. The Oman Rial, like the Bahrain Dinar, is tied to the US dollar.

Remarkably, the purchasing power of this currency is so high that the government had to spend 1/4 and 1/2 Rial notes.

It’s hard to explain the high value of the Jordanian Dinar. This country is not economically developed and does not have important resources such as oil. Still, a Jordanian dinar costs $ 1.41, making it one of the top 10 currencies in the world.

Most people consider the pound sterling the strongest currency in the world but it is the 5th on the list. British colonies issue their own banknotes, which are visually different from Bank of England banknotes, but are valued at a 1 to 1 exchange rate. That’s why there are quite a few: the pound of Scotland, Northern Ireland, Manx, Jersey, Guernsey, Gibraltar, St. Helena Island and the Falkland Islands. Amusingly enough, native Britons do not always accept “other” pounds as a means of payment.

The Cayman Islands are one of the most popular tax havens in the world. These islands provided licenses to hundreds of banks, hedge funds and insurance companies. Thanks to its leadership role among the tax havens, the Cayman Islands dollar costs nearly $ 1.22.

The euro currency had strengthened for several years. In part, its strength is explained by the fact that it is the official currency in many European countries, including many economically developed countries. In addition, the euro is the second reserve currency in the world and covers 22.2% of all global savings (US dollar: 62.3%).

Switzerland is not only one of the richest countries in the world, but also one of the most stable. The banking system was known for a long time for its former resolution “banking secrecy”. In addition, their high-tech products are well-known around the globe. Also, Just a fact, the Swiss Francs have banknotes with vertical layouts.

Thanks to the world economic leadership of the USA, its currency was given the title “World Reserve Currency”. In other words, you can pay anywhere (in any country) with dollars.

The Canadian Dollar is the fifth most important reserve currency in the world. Also, it is one of the happiest countries in the world.

An interesting fact is that the new series of Australian banknotes, as shown above, has a tactile (braille) function that also helps visually impaired people recognize the value of the banknote.

Just like India, in Australia, too, the fight against cash is being conducted by reducing the share of cash payments in small retail purchases.

The Libyan Dinar has token money called Dirham. It’s interesting that a dinar equals 1,000 Dirhams rather than 100, as we all used to think.

It was a surprise to find the Azerbaijani Manat on this list. However, the currency of this Central Asian country is only slightly weaker than the US dollar. The economy of this country is surprisingly strong and the unemployment rate is low.

Is the high value of a currency a sign of a strong economy?

It is well-known that the currencies of countries that are not very successful tend to depreciate. But if everything is alright with the economy, we can barely see the depreciation.

In practice, there were practically no cases in which the value of a currency was consistently increasing. The reasons can be different. For a country, the constant strengthening of the currency is not beneficial because the population starts actively saving money rather than spending it.

For example, the high value of the currency just states that inflation processes in the country are under control. In connection with this article is also Japan to mention, which has one of the strongest national economies of the world. At the same time, the value of the Japanese yen is very low, $ 1 = ¥ 109.77.