Let’s face a fact. On a normal basis, there’s this unexpressed twinge of suspicion attached to the simple, harmless and non-criminal act of unmarried couples renting a hotel room. A sense of suspicion that emanates from deep within our minds tends to point toward the banalities of human life with exaggerated thinking accompanying wherever our mind meanders and hence, lame judgements are formed.

So whether one likes it or not, when a couple, whether or not in a relationship decides to rent a hotel room, our imagination immediately jumps to the heightened assumption concerning some form of notoriety. Right?

So when Saudi Arabia recently decided to make unmarried couples renting a hotel room legal, whether one anticipated it or not, the act, liberal in every possible way, generated a lot of talk. And why not?

After all, despite being blessed with an abundance of natural resources, there being not even a remote possibility of dearth in oil, Saudi Arabia has constantly sided with ways and measures that challenge the very limits or standings of basic human freedom.

And dramatically so, when recently it legalized and permitted women to drive, one finally breathed a sigh of relief, for such conservative has been the ways of this famous Middle Eastern oil-rich nation.

While Saudi families will still have to document family ties, visitors will only need to provide a passport, according to the official Twitter account of the Saudi Commission for Tourism and National Heritage.

It’s the latest move since Crown Prince Mohammed bin Salman vowed three years ago to develop the country as a tourist destination, shifting away from strict policies that allowed visas for business trips, religious pilgrimages and family gatherings. Officials have said tourism is a way outside the oil sector to draw foreign spending.

Last month, Saudi Arabia announced it would drop its strict dress code for foreign women, who will no longer be required to wear an abaya, the flowing cloak that’s been mandatory attire for decades. “Modest clothing” will still be called upon, according to Ahmed Al-Khateeb, chairman of the Saudi Commission for Tourism and National Heritage.

Similarly, the BBC also noted the dynamic piece of news and stated:

Women will also be allowed to stay in hotel rooms alone. Couples previously had to prove they were married before getting a hotel room. The government move comes amid efforts by Saudi Arabia to grow its tourism industry.

In addition to the above, it’s interesting to note what the Saudi Commission for Tourism and National Heritage shared on the story:

“All Saudi nationals are asked to show family ID or proof of relationship on checking into hotels. “This is not required of foreign tourists. All women, including Saudis, can book and stay in hotels alone, providing ID on check-in.”

All of that said, while it could be said that this indeed is a tremendous bit of development from a usually conservative land, what’s also important to note is that the move has been taken by the country in a bid to soften its otherwise harsh, strict public image. One supposes it will also, therefore, impact the tourism industry positively.

a tremendous bit of development from a usually conservative land, what’s also important to note is that the move has been taken by the country in a bid to soften its otherwise harsh, strict public image. One supposes it will also, therefore, impact the tourism industry positively. 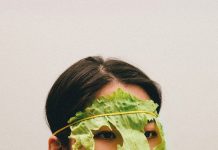 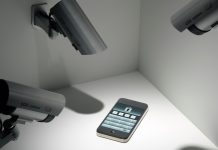 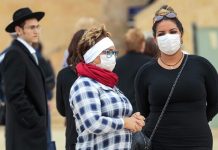