It’s a touristic paradise for those who wish to decode the secrets and mysticism of the Pharaohs and the great ancient rulers of the past. It’s a place where you can perhaps spot as many camels as there are humans. It’s a land of museums and some bright cultural extravaganzas such as belly dancing. But is that all? The latest reports now confirm that the largest subway station in all the Middle East is now in Egypt.

And as the ticking clock rolls by the brand new development from the land of the great Pharaohs continues to roll into making sensational headlines, especially in the realm of urban transportation.

In fact, the largest subway station in the Middle East was inaugurated as recently as this last Sunday, i.e., 20 October 2019.

The largest subway station in the Middle East is without a doubt in the capital city of Cairo. And above anything else, what’s important is to note that the largest train station, not only in Egypt but in the entirety of the Middle East is central to the country’s efforts to redevelop and reform the fastest means of transportation.

Present at the launch unsurprisingly was the Egyptian Transportation Minister Kamel-al-Wazir who was the key man of the moment at the star-studded event that took place at the Heliopolis station in Cairo.

But that said one would want to know just what is the extent of this massive subway station, one that is the epicentre of all headlines in all of Egypt?

It’s been confirmed that the sprawling new facility stands on the expanse of 10,000 square metres.

Reporting more on the developing story was a leading Middle Eastern publication that highlighted some key aspects of the largest subway station in the Middle East.

“The installation of the system started in August 2017 and continued over phases until the entire fleet of Dubai Taxi had been covered. RTA is keen on introducing state-of-the-art facilities for the comfort, security, and satisfaction of clients, which ranks high on RTA’s priorities,” he added.

But one cannot possibly understand the exact importance of the length of this massive transportation infrastructure project without understanding the key connectivity that it brings to the picture.

Apparently, the Heliopolis Metro Station connects the city of Cairo to the Cairo International Airport and takes the capital city all the way to Al-Salam City. This is a major city that lies on the immediate outskirts of the Egyptian capital.

The line will also pass through well-off neighborhoods like Zamalek, Mohandiseen and Agouza.

From the standpoint of having eased the traveling woes of the Egyptians in the capital city, it’s important to note that the dazzling new development will eliminate as many as two million commutes above the ground. Another great advantage is that it will help in easing out the tense traffic congestion in the city, a constant mess on Cairo’s roads. 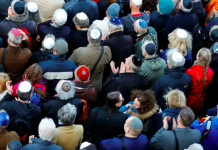