Harper Lee was nothing like your ordinary novelist with books that shattered the expectations and grew up to be some of the classics in literature. Born on 28th April 1926, and raised in Monroeville, Alabama, United States, Lee was more of a tomboy and was originally named Nelle Harper Lee, which she went on to drop when “To Kill A Mockingbird” was released.

“To Kill A Mockingbird” was first published in 1960 and can simply be described as a phenomenon that no one expected. The novel was about racial injustice in a small Alabama town, much like the one she grew up in, and was set in the 1930s. The novel sold more than over 40 million copies and is considered to be one of the best modern literary work. She won a Pulitzer Award in 1961 for the same book which was turned into an Oscar-winning picture in 1962. “To Kill A Mockingbird” went on to be taught in many secondary schools and by 1990s, Library Journal in America declared it the best novel of the 20th century.

With so much success, the expectation was bound to grow from her next work, however, Ms Harper Lee insisted that she would never publish another work of hers, and so she didn’t. But, more than 50 years later, Harpercollins announced the discovery of “Go Set A Watchman” in 2015. This was more than just simple news, the announcement created a huge stir among the literary committee and fans, all over the world. “Go Set A Watchman” was a lost manuscript which dated back to 1957, it was a sequel to her first work, while some considered it to be a prequel, was released in 2015.

“Go Set A Watchman” was met with bewilderment and everyone wanted to get their hands on Ms Lee’s only other work. In this novel, Atticus Finch (the main character of her first novel) had aged and come to embrace racial bigotry. Call it Ms Harper Lee’s magic or fans love, but the novel reached the top spot on the Bestseller list, despite tepid reviews.

Merely few months after the release of “Go Set A Watchman”, Harper Lee died in her sleep at the Meadows in her house in Monroeville, Alabama, where she lived with her sister.

Harper Lee was never the writer who will be at every press conference possible and was living a very quiet and mellow life. In her own words, Harper Lee once said, “All I want is to be the Jane Austen of South Alabama.”

On her 91st birth anniversary, we decided to gather some of the most profound quotes from this great writer who moved every reader of her’s, with her innocent and impeccable work.

Here are some of the best quotes by Harper Lee: 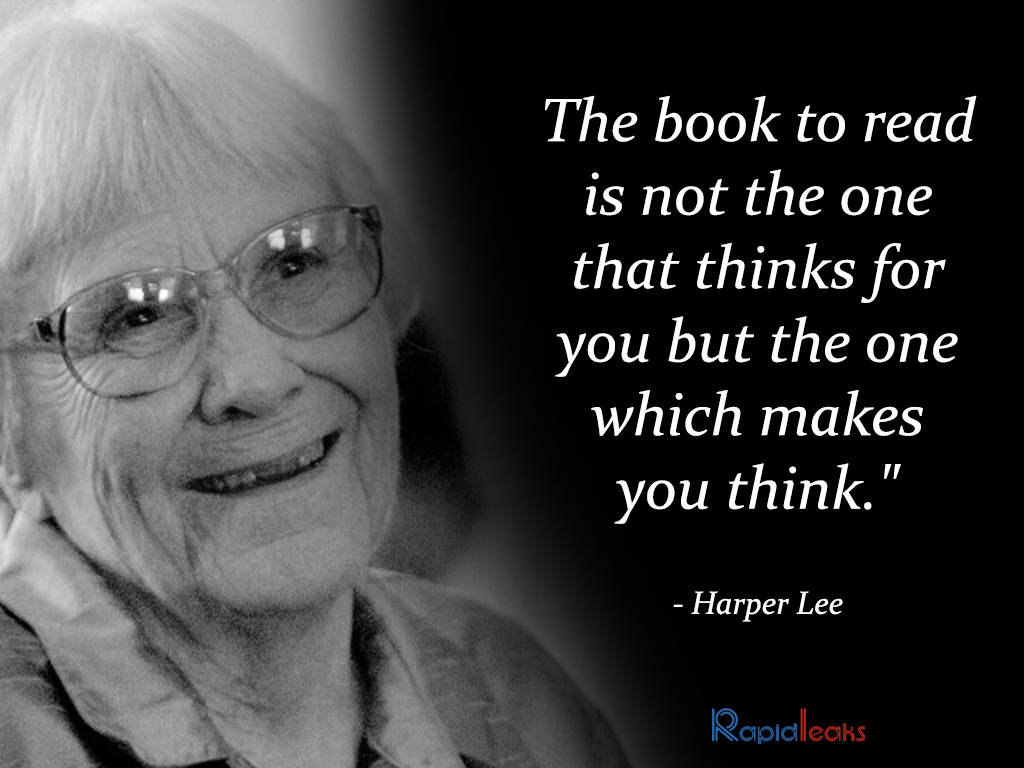 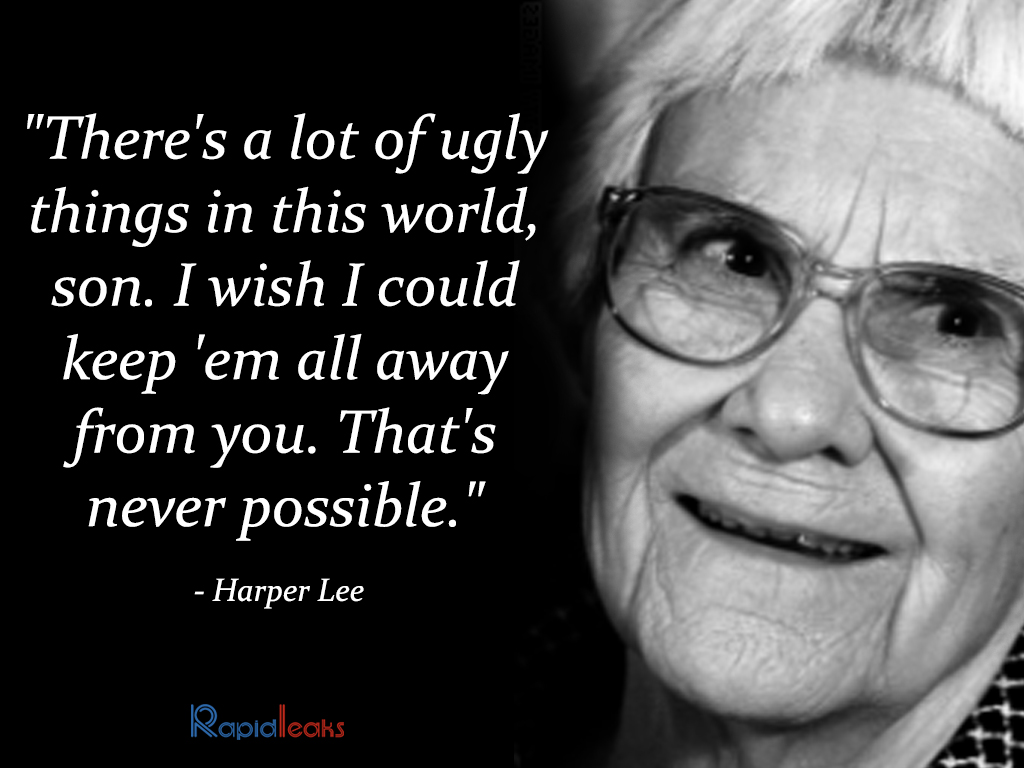 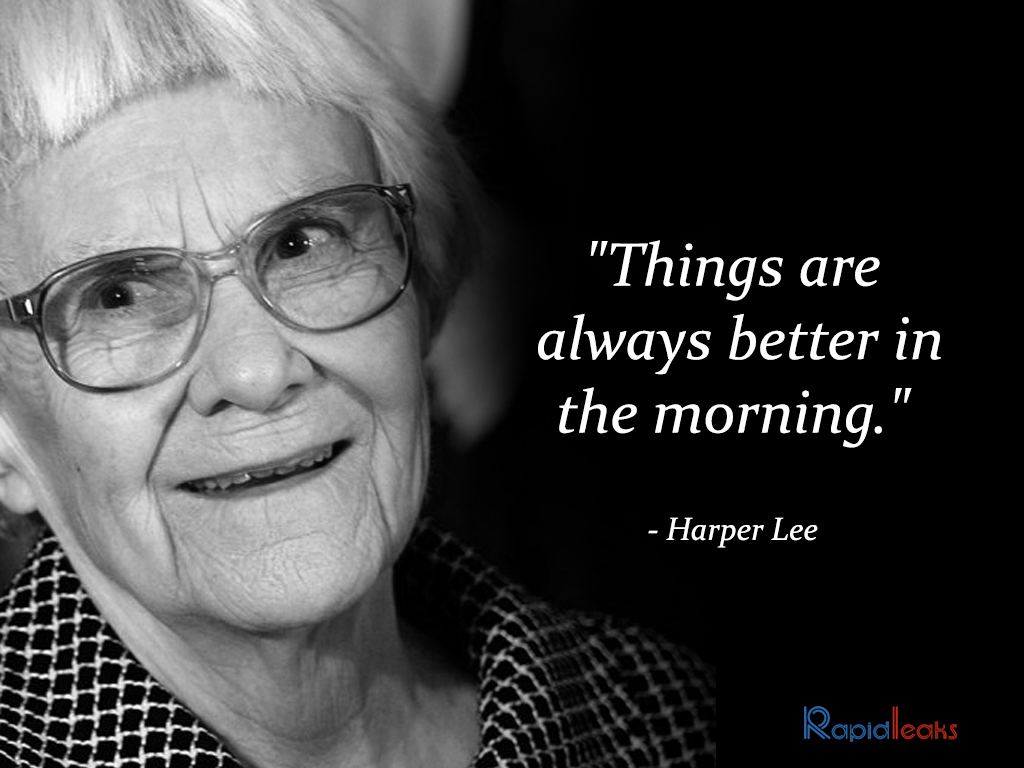 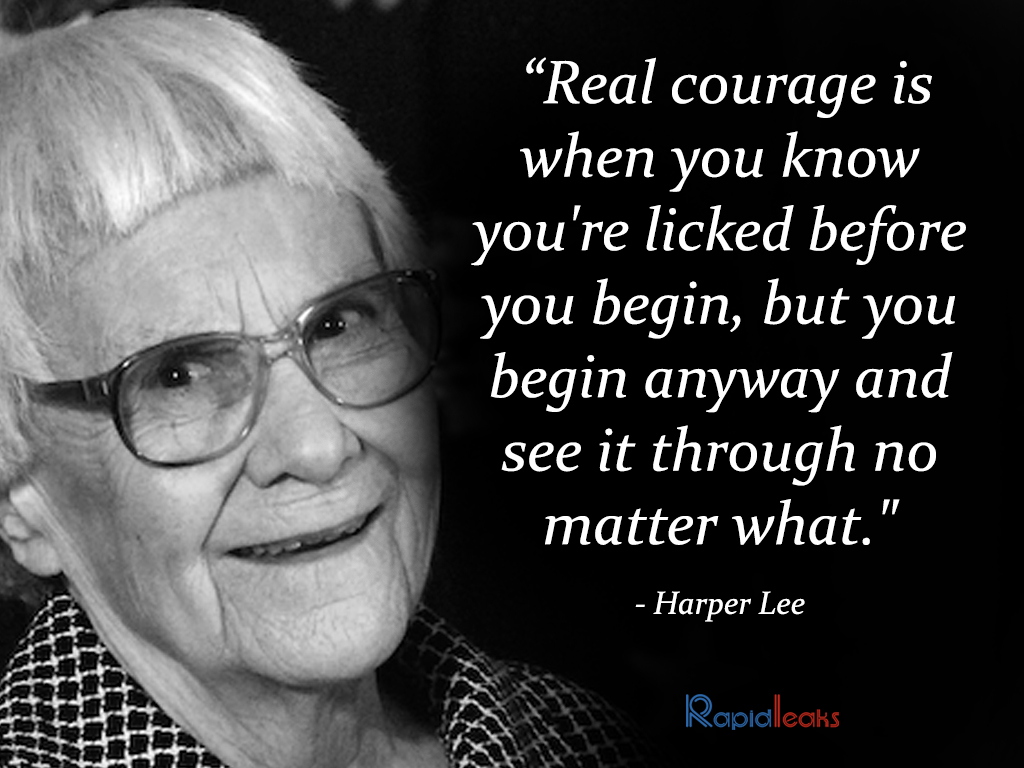 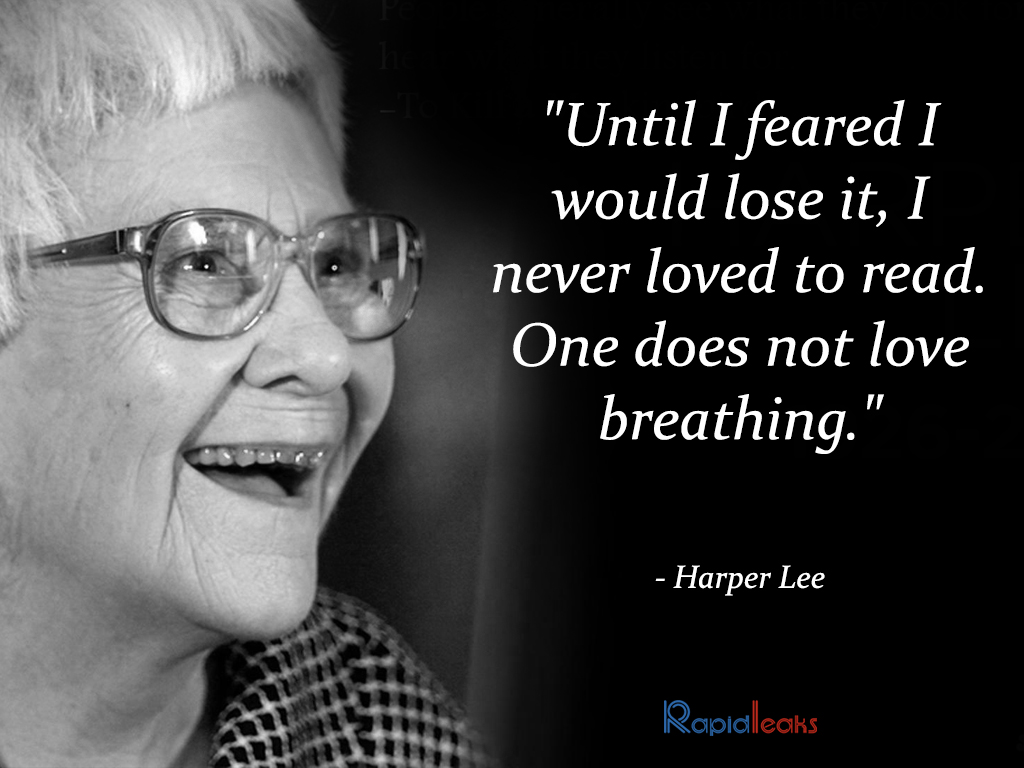 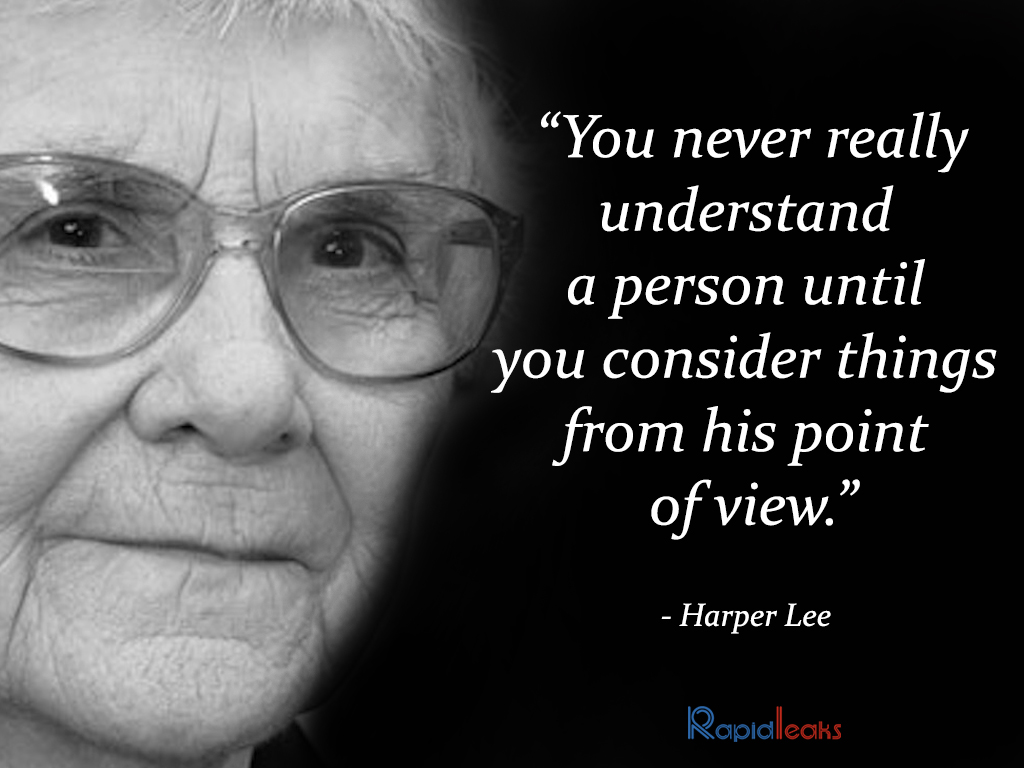 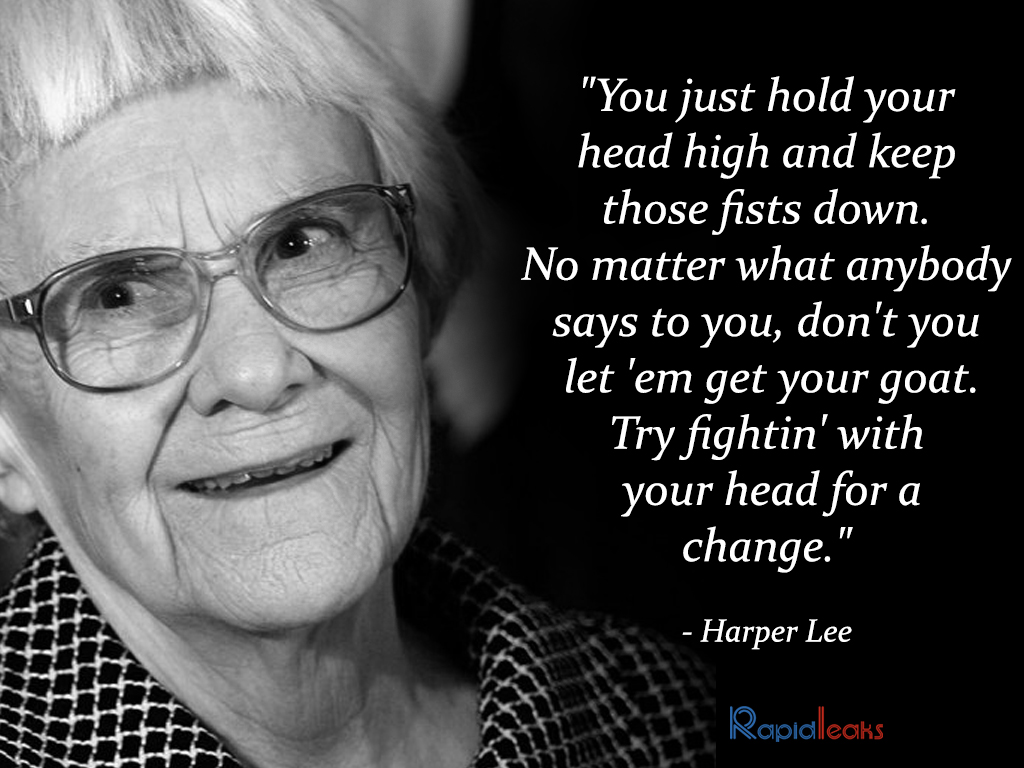 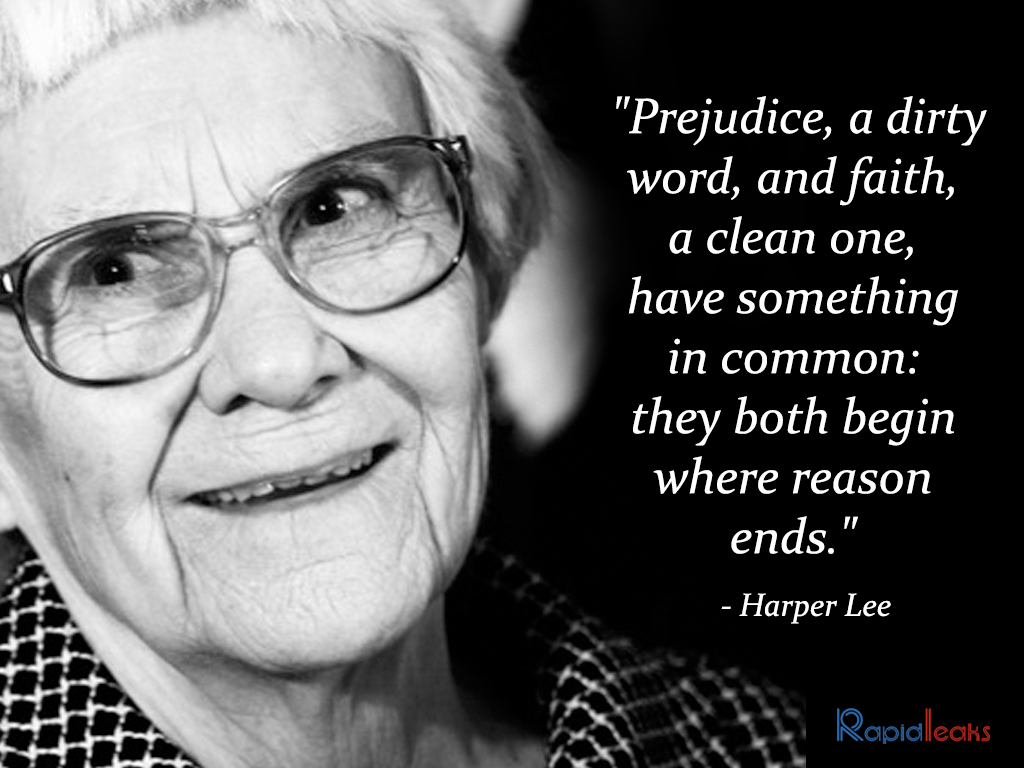 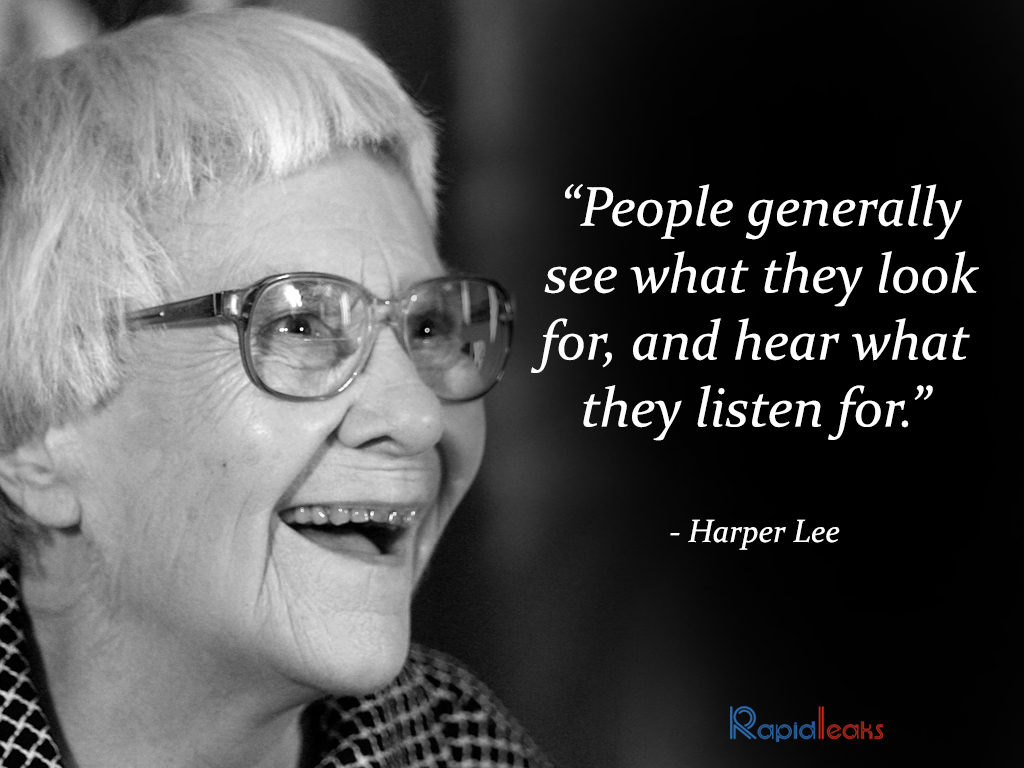 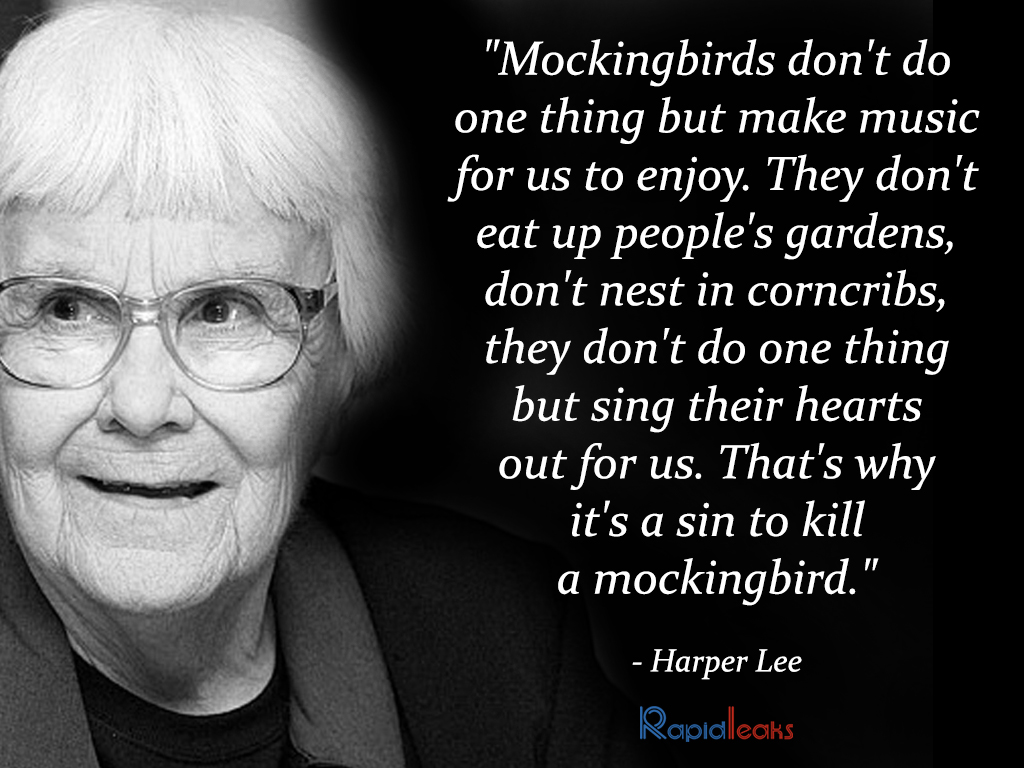