Man is born free! Everywhere else, he is in chains. No, definitely not my statement but rather, a very timely and unimaginably important point of truth about just the way things are and the way man is, by the one and only Jean Jacques Rosseau.

To this day, the quote has outlived the time it was birthed and its relevance about what seems the perennial nature of things about the state of freedom of man.

Never before, it seems, has the need to discuss freedom, liberty, and human rights seemed so relevant than today. Because it wasn’t too long ago, where a harmless American’s life was lost for no particular reason at all. And lest it is forgotten, the unwanted episode occurring out of police brutality birthed what we now call the famous movement that has shape-shifted the times we are in: Black Lives Matter.

But is that all? We can’t say that never again in modern history will we see again the urgent need to raise the key movement, which is more than random sloganeering, for our world is unapologetically obtrusive to values like upholding human rights and protecting individual dignity.

So in these times, when a decorated publication comes up with a piece of intrepid journalism showcasing, nonetheless, a painful part of the our past, one that’s eternally true and offers a haunting reality of our times- what do we do?

Well, we give it a shut-eye! To be precise, Facebook did. And that too, on The Guardian.

If a question could be asked in these times where one is quick to react, slow to read, and eager to get distracted (although, not when it comes to opining on anything under the sun), if racism is such an important topic, a highly disparaging reality of our lives too, nonetheless, shouldn’t content on it be relevant to? And that for as long as an article is published giving only the true insights about the devilish plot that some weird practice like “Racism” aims to spread, then shouldn’t that be allowed?

For at the end of the day, the doctor only prescribes you medicine basis his diagnosis, right? And since there’s racism has been prevalent for centuries, then it only warrants offering real-life examples of a people’s plight to narrate just how soul-crushing an experience it’s always been.

Nothing wrong in then resorting to history where racism killed more lives and dreams that doubt ever will, or can.

And that brings us to the eminent publication The Guardian. One of The Guardian’s usual thought-provoking articles that touched upon the plight of the Aboriginals back in the time carried some images that have apparently caught the eye of Facebook, as a result of which, the said article was blocked and banned.

Not that the content furnished- or so we believe- anything remotely incorrect or deliberate to fuel an angst-ridden diatribe; but that the very images that were used to describe the context got the wrath of the famous social media platform.

I just tried to post this article, it immediately blocked the post, gave me no chance to appeal or dispute, case closed and put my account on restricted use for 24hours. If you look at my “history of not following standards.” It’s just this incident shown twice https://t.co/CzweUNCwL6 pic.twitter.com/lGmQzSBAGd

And what happened soon was pretty much what you and I face from time to time: this post goes against our community standards!

Isn’t it all too common to find posts being reported and content automatically removed nowadays? It happens on pretty much everyone’s timeline, from time to time.

But let’s get something clear: the famous publication that has been furnishing highly-credible, informing, and divergent context around broad themes- of which politics, film, sport, and culture are just a part- has been an eminent gazette. And since 1821, which goes to show the class and standard of the very newspaper that first began as The Manchester Guardian.

But here’s the dramatic part:

It appears that all of this happened out of an error of judgement made by Facebook.

The article was reported for being called out for showing nudity, when that was neither true or the case!

Wondering how? Well, the Guardian itself quoted the following:

A spokeswoman for Facebook said the photo was removed by the automated system in error.

“We apologise for this mistake,” she said.

However, dozens of Guardian readers have since reported that when they tried to post a link to the article on their profiles they received message that the post violated the same community standards.

Suggested Read: Edward Snowden – This is What The NSA Whistleblower Does Today

But all of this raises a question. Is there too much social-media policing, filtering going on and is that even needed because how long can algorithms function sans error. It’s again tech, isn’t it?

Can it have the rationale or logic that a human possesses and the ability to impart reason at all times? 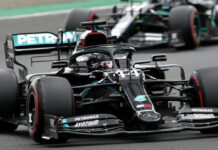