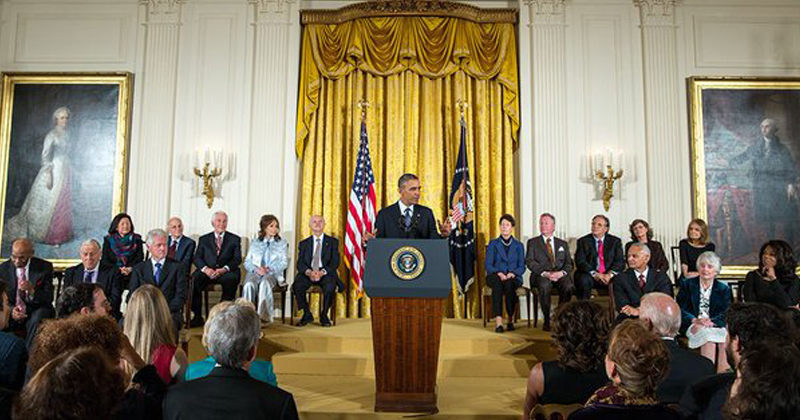 US President Barack Obama hosted his last Presidential Awards of Freedom ceremony and honored 21 personalities who contributed in national interests of United States Of America.

The 21 men and women who stood on the state for receiving the nation’s highest civilian honor on Tuesday, varied from pioneering scientists, groundbreaking athletes, crusading activists to unconventional artists who wrote America’s destiny.

Throughout his tenure, Obama has used this honor to recognize pioneers in many fields, particularly those, who have broken racial or gender fencings made by traditionalists. This year’s honorees reflected many ideals that Obama has endorsed during his tenure.

Here is the list of people who were honoured by US President Barack Obama.

Here is the video of the ceremony:

Everybody was in a joyous mood and here are some tweets showing these greatest personalities enjoying to the fullest.

Look what I got everyone to do! It’s the #MannequinChallenge at the @WhiteHouse! I'm in the pink dress laughing with @RitaWilson! pic.twitter.com/fYPvYcMJ57

Tater & Tot got to meet @TheHokieBird today! These new buds will be hanging out together at their new home after #TurkeyPardon2016 pic.twitter.com/7S84uDic1Z

They haven't let me in to the White House yet because I forgot my ID. #NotJoking#PresidentialMedalOfFreedom pic.twitter.com/sHocwqChKV