It appears that Pakistan needs a toilet revolution. Maybe, this may not have been a realistic headline screaming for everyone’s attention say half a decade back in time. But maybe, now that a conscientious and supposedly dutiful Prime Minister in Imran Khan in overseeing the revitalization of the country’s economy, running from pillar to post in an earnest attempt to change the overall image of the country, the much-needed change can come about.

But that Pakistan needs a toilet revolution has got more to do with the severe lapse in civilian infrastructure than in promoting any form of tourism, truth be told.

The fact that Pakistan needs a toilet revolution is understood by the immensity of shortage of this crucial facility. Where local news reports from the country serve an example, then it is believed that as many as 13.2 million Pakistanis have no access to any form of toilet.

In reality, that’s a massive number and simply gives a clear idea about the scale of investment that the current government ought to direct toward the welfare of its people.

Today, if one were searching for a depressing piece of news then maybe this would suffice. How can 13.2 million people remain devoid of proper toilet facilities; what becomes of them?

But in reality, questions still lurk about the swiftness and time-bound nature of the much-needed change ordinary Pakistanis crave for?

It appears that in Pakistan, average toilets per household stand at 1.3. The situation reads far better when one is to consider the urban reality of the country, where the average number is around 1.4.

That said, if one were to delve into the massive void of toilet facilities in the country that highlight the reason why Pakistan needs a toilet revolution, then one would chance upon the following realization:

At least, two million households have no access to toilets whatsoever.

At a time where sanitation is considered as a massively important fundamental right, it is clear and therefore, one doesn’t need much explanation as to where’s the country lacking?

According to the United Nations report on World Toilet Day with focus on water, sanitation and hygiene around the world, approximately 2.2 billion people worldwide lack access to safe drinking water, 4.2 billion have to go without safe sanitation services and 3 billion lack basic handwashing facilities. By 2015, close to a billion people were still defecating outdoors, resulting in widespread diseases and millions of deaths. That drove the UN to call for an end to the practice and some parts of the world have proven hugely successful in eradicating it.

In fact, to quote the Humans Rights Watch, among the world’s premier human rights watchdog(s), the lack of access to sanitation clearly undermines the right of the others.

Back in 2017, when the situation wasn’t any less bad, Unicef said of Pakistan that- close to 40 million people used makeshift latrines in the country. The situation not only undermined and posed a threat at the dignity of the everyday women but simply, undermined the basic rights of the South East Asian nations’ people!

That Pakistan needs a toilet revolution and at the earliest is a critical need of the hour for as it is, those living on the lines of poverty face several health anomalies. For instance, 22.5 percent of infant deaths arise due to diarrhea. Moreover, poor sanitation has its economic costs as well. In fact, the WHO is of the view that poor sanitation costs Pakistan 3.94 percent of its GDP. 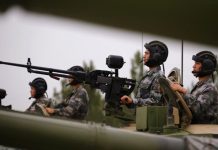 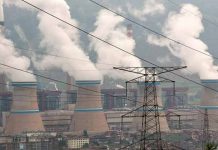 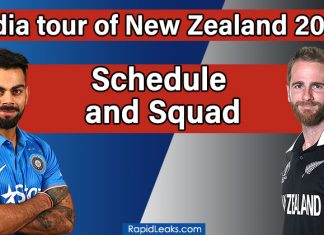