Writing horror is considered to be one of the toughest things possible, considering the entire thing relies so heavily on visuals and sounds. But that consideration has time and again been shattered by Stephen King one of the most beloved writers today. He has been writing for a long time now and has officially turned things around in the horror department. Thanks to him, we have some of the most amazing horror movies, that have directly been taken from his work, or have been inspired by it.

There are various things that people love about King, especially his ability to write some of the most interesting and strong characters. Stephen King, in fact, is a character development genius. His work has characters that carry the story, and not the story that carries the characters. Eventually, his characterisation is what makes his horror stories even more scary and strong.

Another great thing about Stephen King and his stories is how efficiently he dissolves reality in his work of fiction. Indulge in it for a bit and you’ll no longer think of his work as something that can never happen. His work is perfect for those who read to escape reality, considering how real it seems even when it isn’t.

Along with the great writing ability that this man possesses, King is a downright amazing person who isn’t scared to voice his opinions, all because it might cut short his popularity. He has been an outspoken person and more than anything, he is someone who believes in the power of hard work. He could probably be one of the very few writers who produce their work in such a short span of time, and actually, present something wonderful and amazing.

He has written some 70 books under his own name, along with some under his pen name of Richard Bachman, which means that his fans can almost never get enough of him.

1. A great line from one of his books. 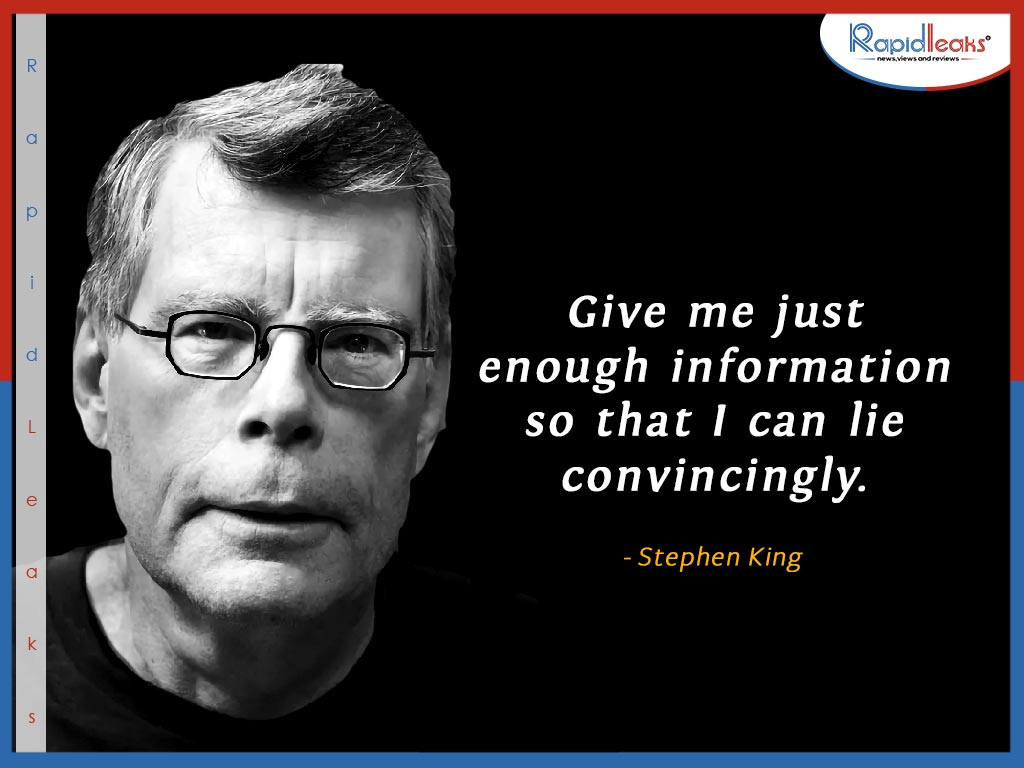 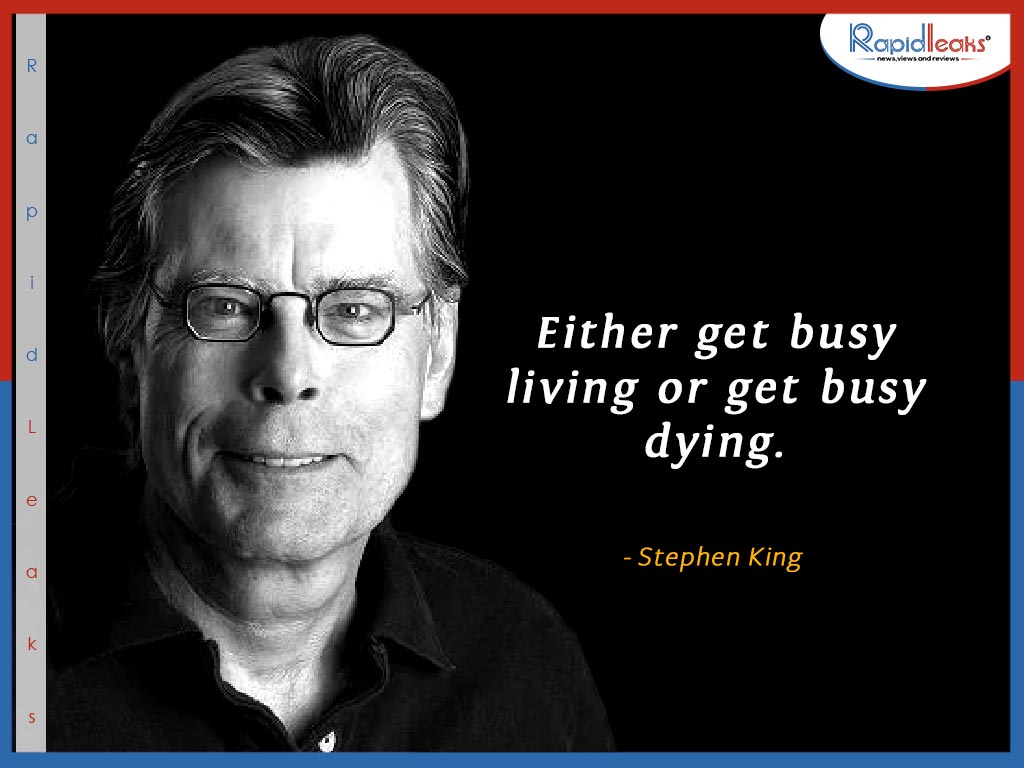 3. Read and write like there’s no tomorrow and things will eventually fall into places for you as a writer. 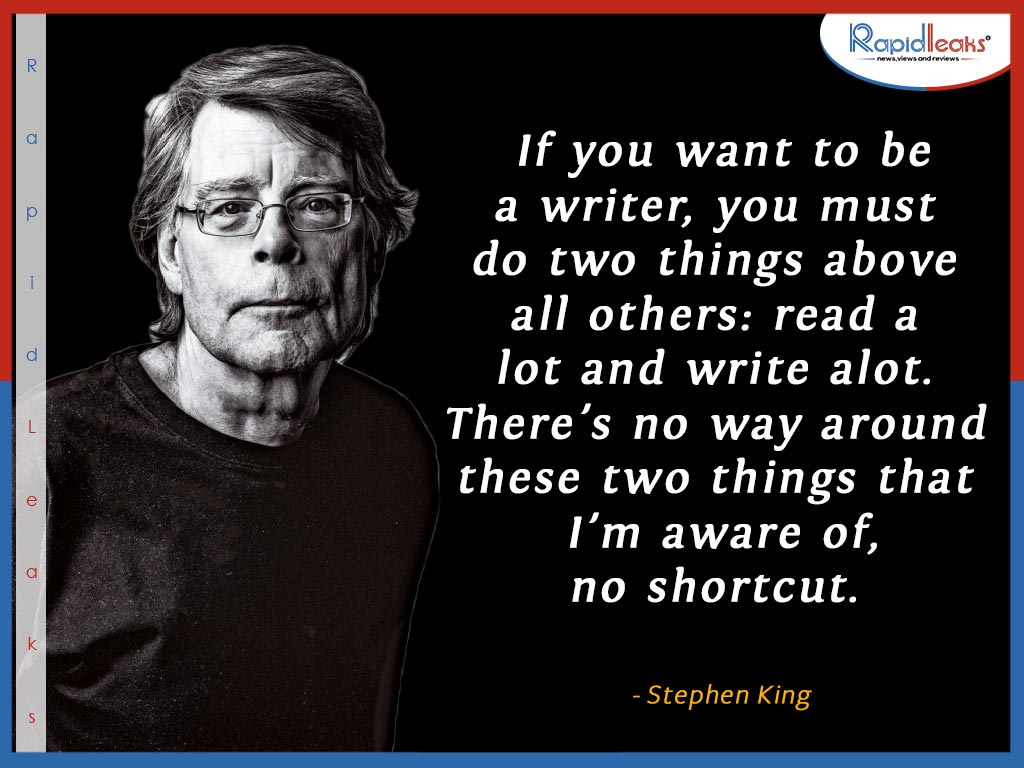 4. Mix talent with hard work and you’ve something magnificent. 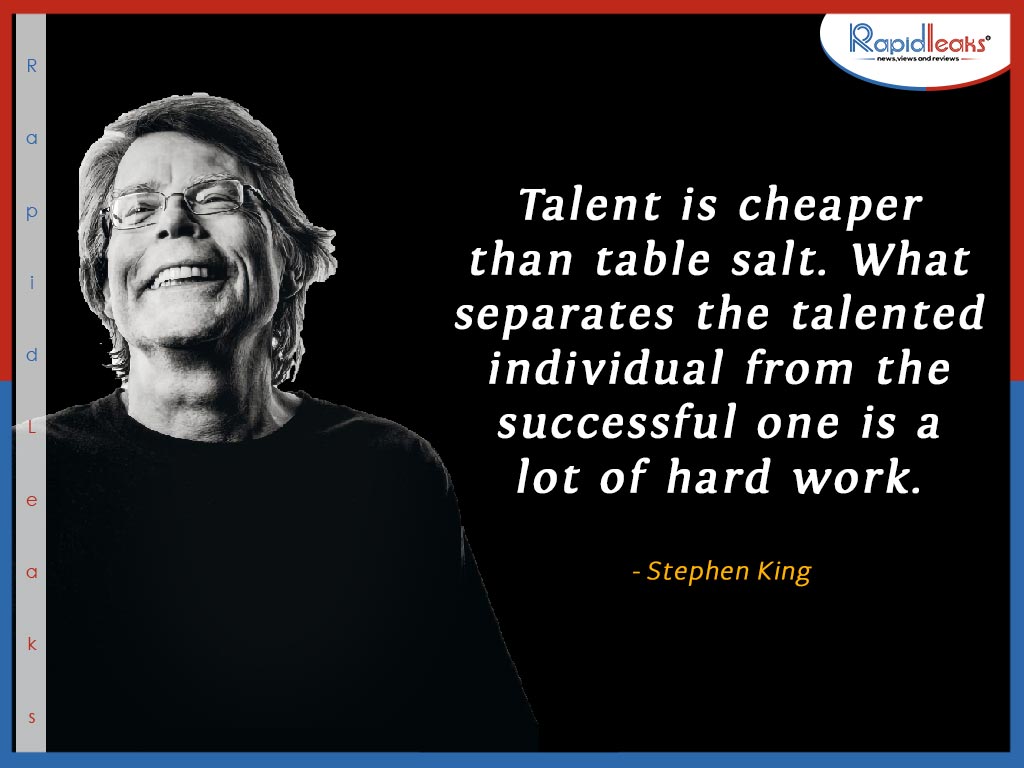 5. There’s a monster in each and every one of us. 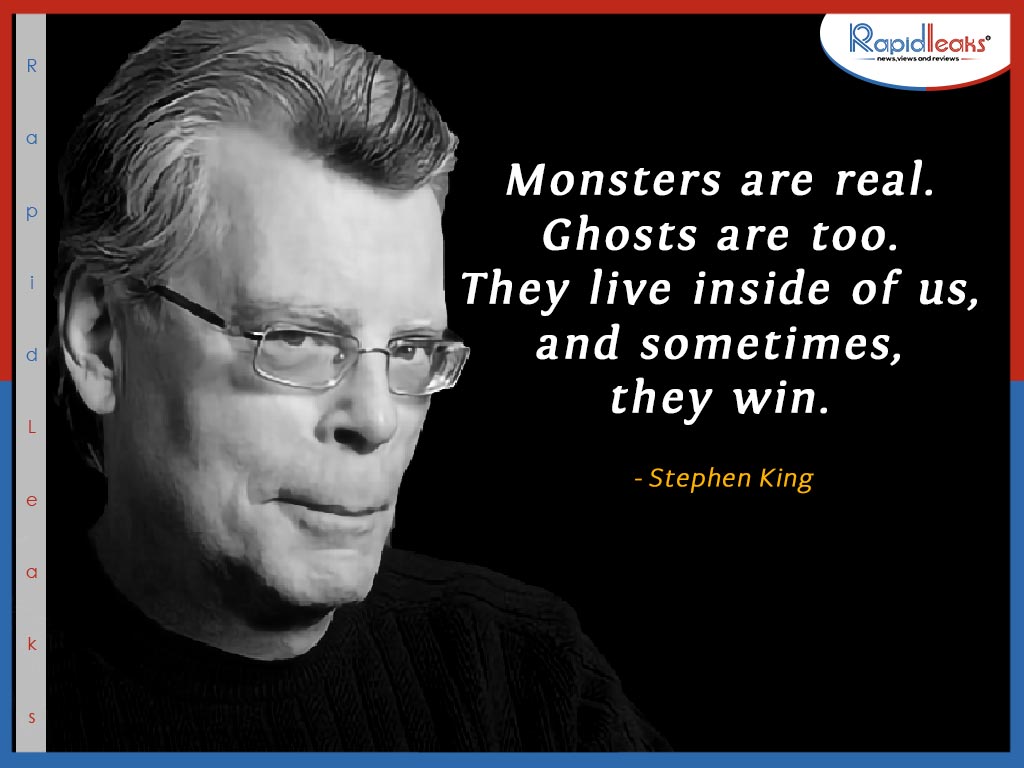 6. As adults, we are constantly working to achieve a peaceful death. 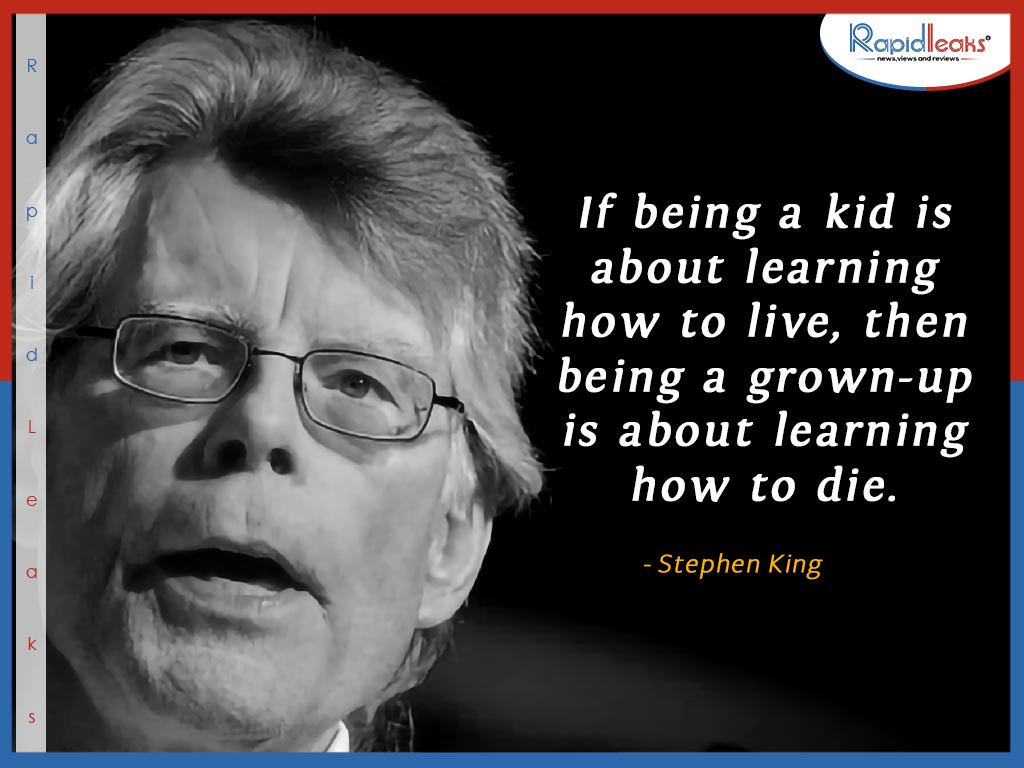 7. Hearts can break and we don’t die. 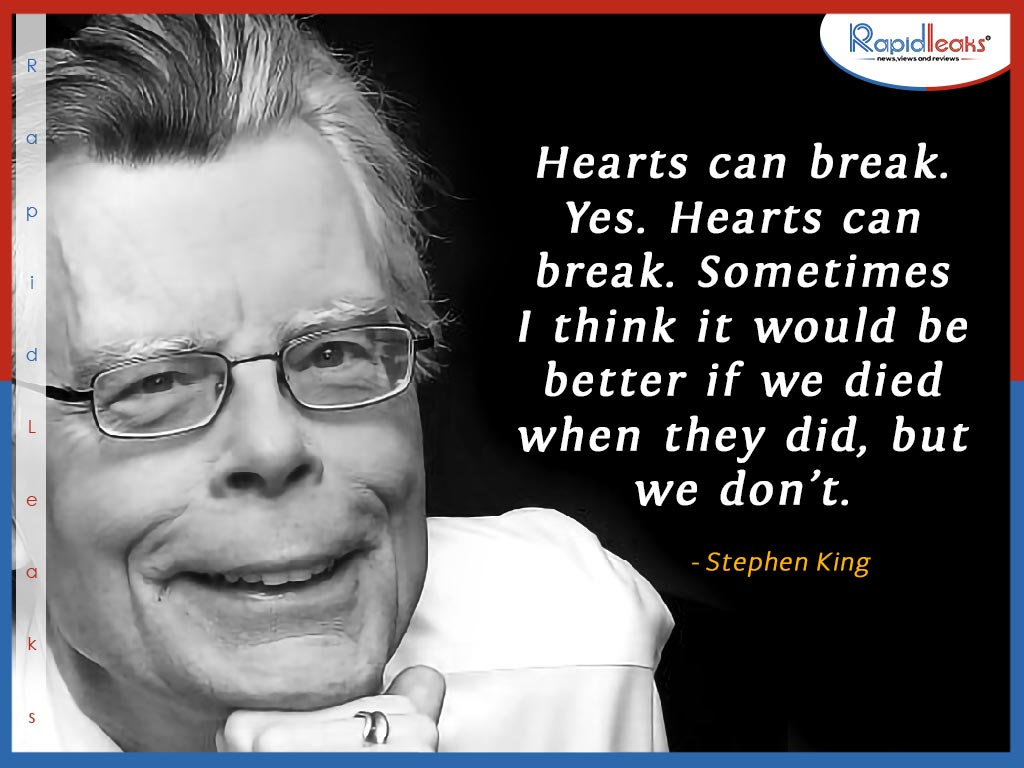 8. Don’t be an idiot and learn from your past mistakes. 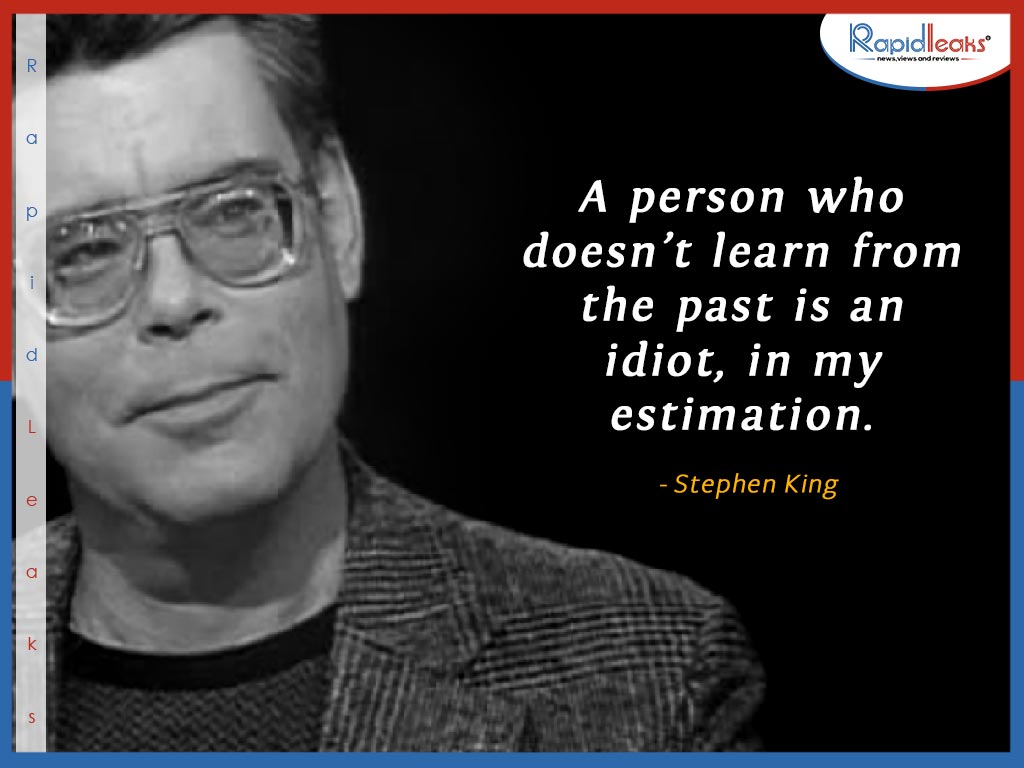 9. Good news can be given anywhere and anytime. 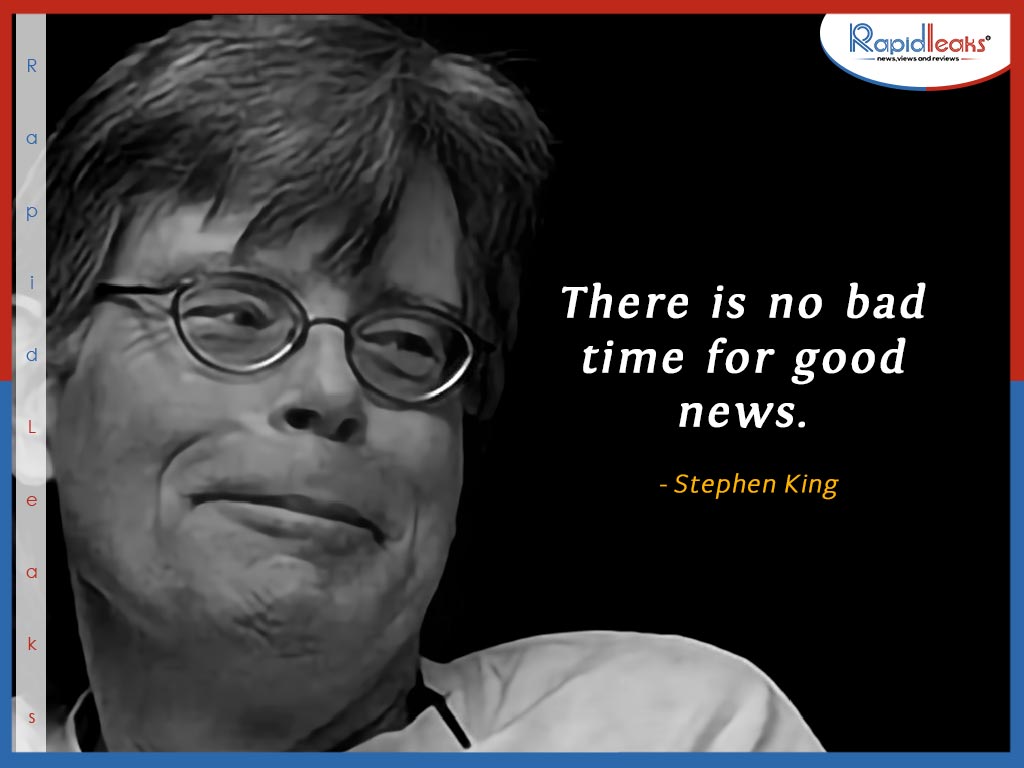 10. Good books know how to hold back important information. 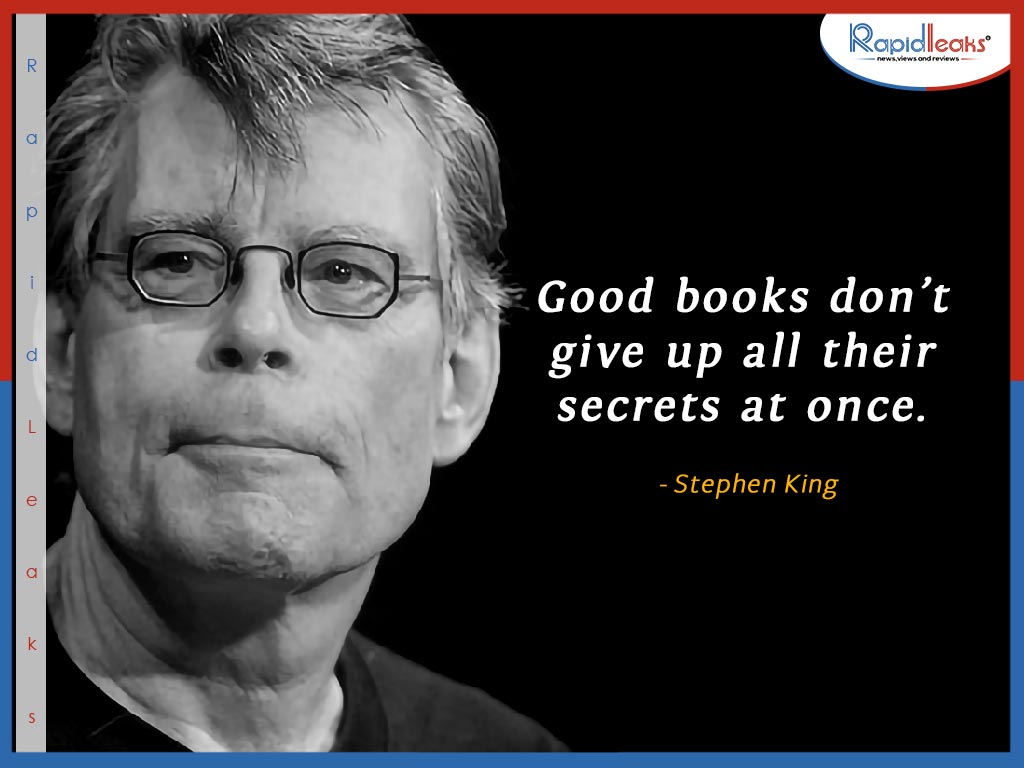 11. Hope can make you believe in anything and it’s both the best and the worst thing possible. 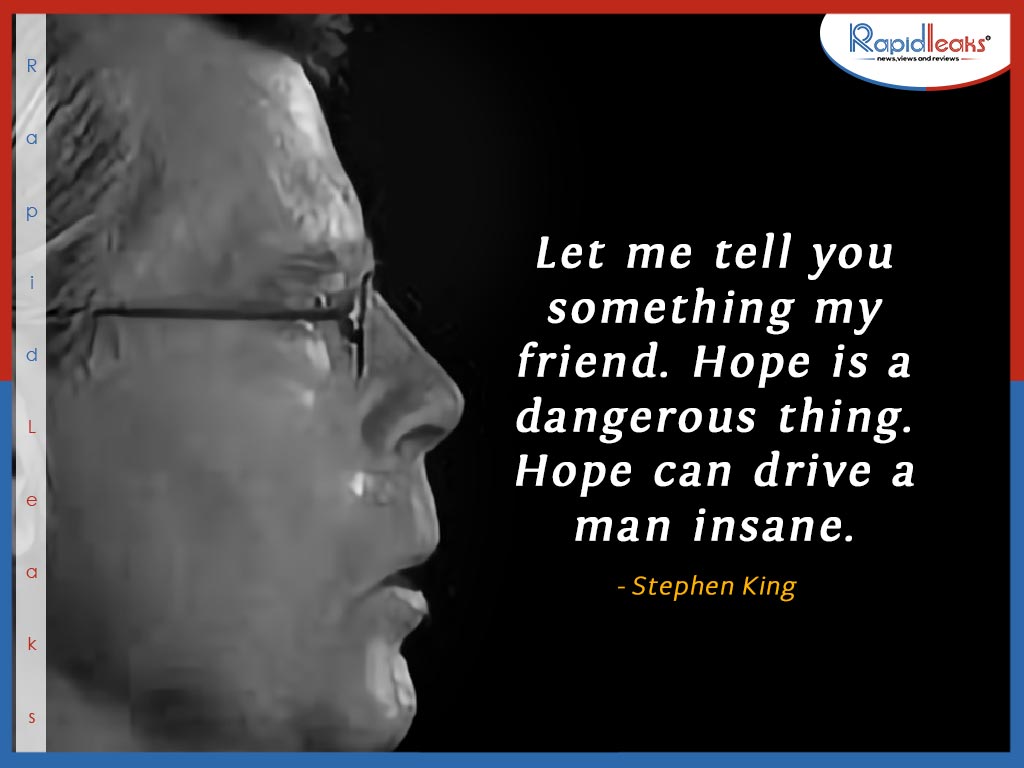 12. Art is the support system for life. 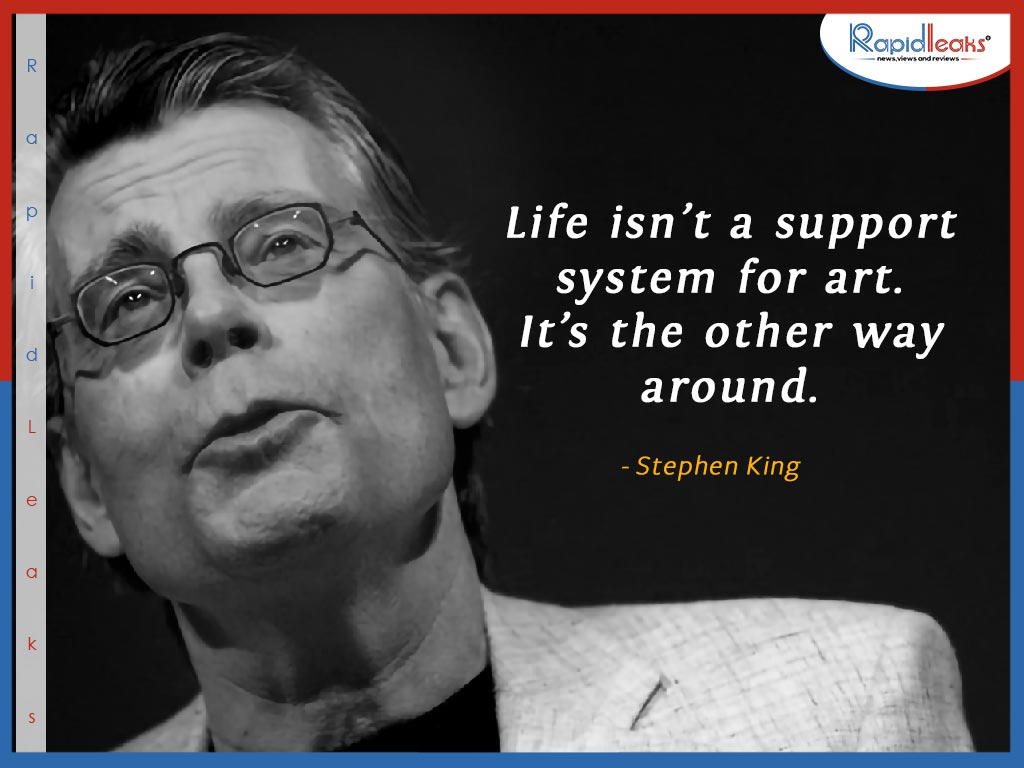 13. Articulate your fear and conquer them. 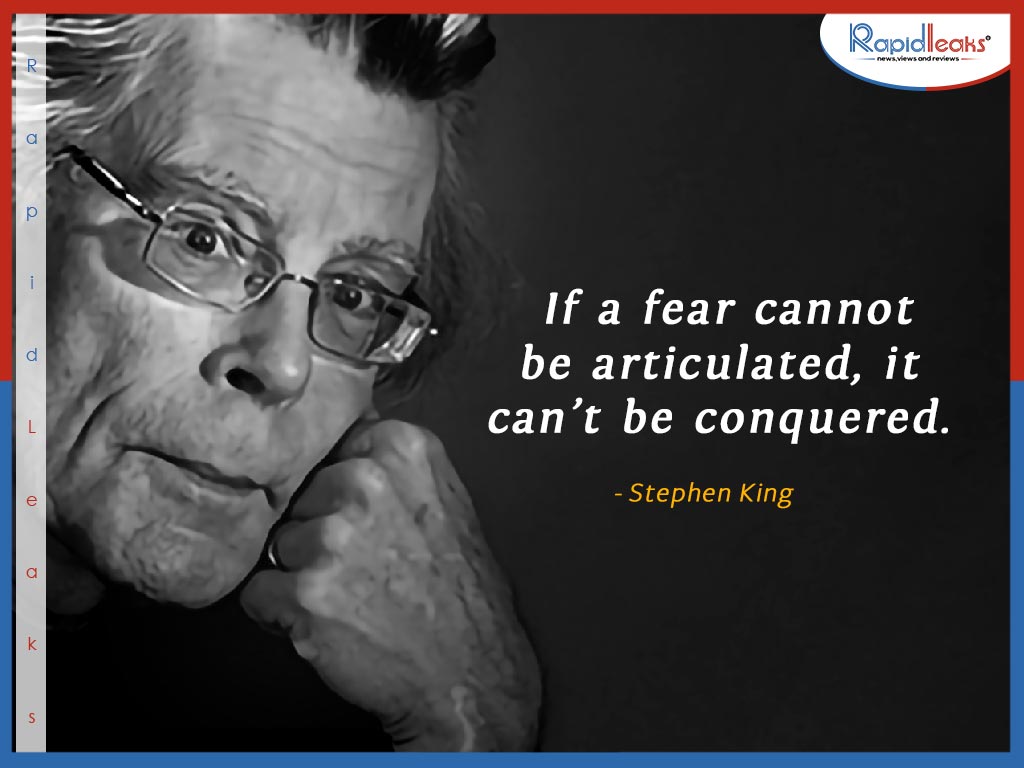 14. When did we reach this bizarre stage of our lives? 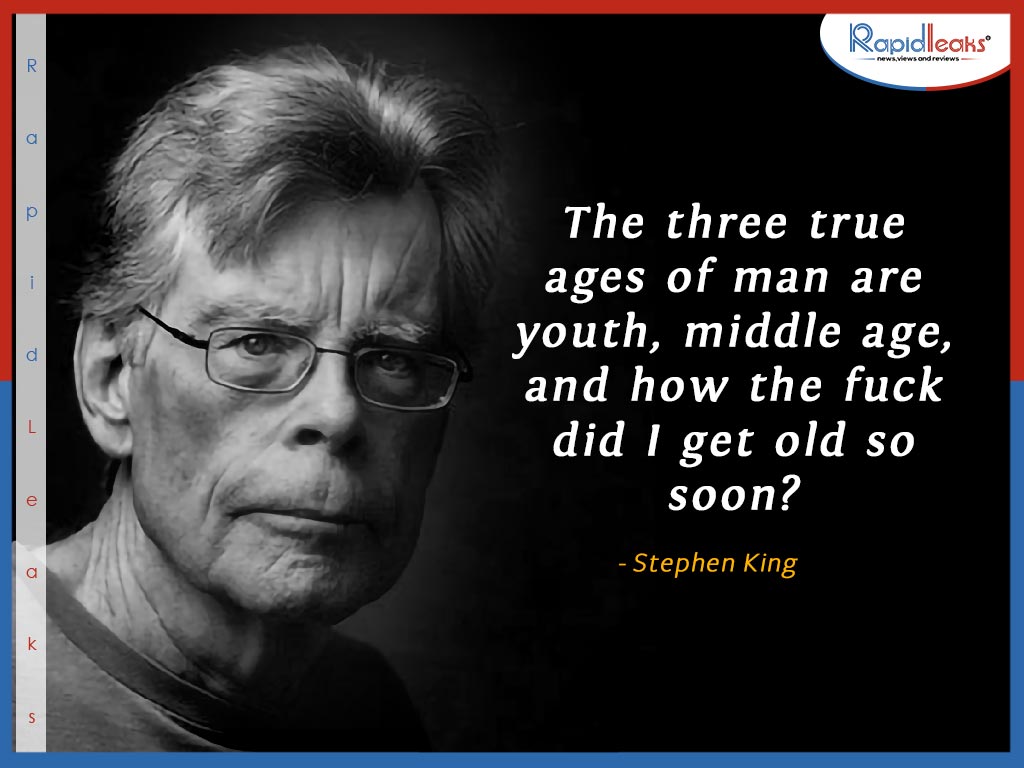 15. Teach yourself the art of reading. 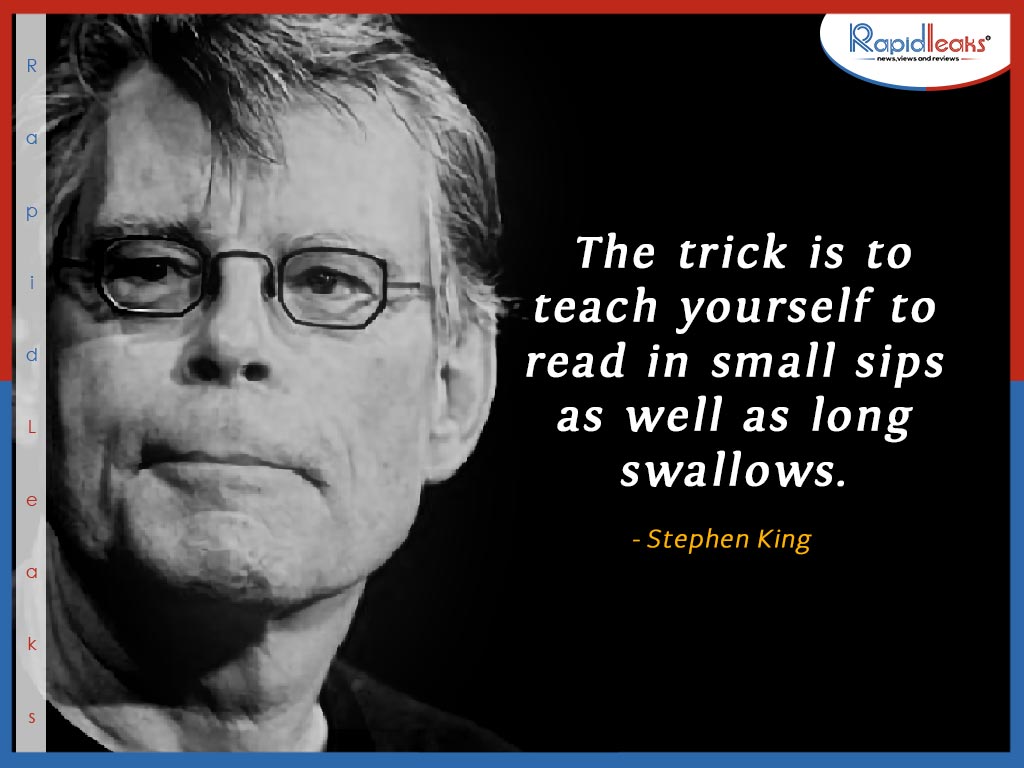 Aren’t these Stephen King quotes just amazing? Hope you keep on stirring some good stuff for us to munch on, King.

Adhering to the great man that Stephen King is, these were the some 15 Stephen King quotes that are amazing and inspirational for every reader and writer.