Elon Musk, the Canadian-American entrepreneur, was born in South Africa. He made his multi billion- dollar fortune with companies like PayPal, Tesla Motors and SpaceX, in the United States. His wealth could still grow significantly in the next few years if Tesla’s Model 3 becomes as successful as all critics currently expect. It is not his salary that made him rich, but Elon Musk’s net worth is based on his stocks and investments. After all, he owns 32 percent of Tesla Motors. His current annual salary of $ 37,440, which Elon Musk obtains from Tesla, is to be understood more symbolically. Elon Musk has always set great goals for himself and now wants to conquer space with his company SpaceX.

Who is Elon Musk?

Elon Musk has already impressed everyone both as a person and as a businessman. Above all, he is considered an aggressive entrepreneur. He is also a philanthropist. Elon Musk doesn’t just want to make money, he wants to make the world a better place. Elon Musk’s net worth is 27.8 Billion US Dollars. He owes the fact that he was already a multi-billionaire at 44, to his parents, who made him familiar with computers and technology at an early age. He developed his first commercial software, the game called Blastar, at the age of 12 and was able to experience what it means to be an entrepreneur. He later studied physics at the elite University of Pennsylvania.

People who know Elon say that he is an absolute workaholic. That seems to have partially damaged his private life. Because even if Elon Musk is the father of 6 sons, one of whom unfortunately died at a young age, he manages three divorces from a total of 2 different spouses, although his last divorce is not yet fully complete. However, investors and entrepreneurs like to work with the man at the top of Tesla Motors and SpaceX, as he is considered an extremely reliable business partner.

The first company Elon Musk ever founded was Zip2. This company was created in 1995 in collaboration with Elon’s brother, Kimbal. With his city guide for online newspapers, the entrepreneur was even able to catch customers like the world-famous New York Times and the equally prestigious Chicago Tribute. The later sale of Zip2 brought Elon a good 22 million dollars. Shortly afterwards, the smart Elon became the co-founder of X.com. This group in turn merged with Confinity, before later working with Peter Thiel and founding PayPal. Elon Musk even worked as the CEO of PayPal. When PayPal was sold, Elon Musk received 165 million dollars as the largest shareholder. Of course, this wasn’t the last company Elon Musk owned but rest of them are slightly different like the ones that made him a billionaire.

With SpaceX to the new world

Elon has been pursuing plans to conquer space. In 2006, NASA announced that SpaceX had won a Commercial Orbital Transportation (COTS) contract for the first phase to demonstrate cargo delivery to the ISS, with a possible contract option for transporting crew to space and is said to have been worth a total of 1.6 billion dollars. Elon Musk wants to reduce the cost of the trip to space by a factor of 10 during his life. As if he didn’t already have enough to do with SpaceX, Elon Musk also took the role of CEO at Tesla Motors. Elon Musk also launched OpenAI in December 2015, which as a non-profit company that does research in the field of artificial intelligence. Elon Musk, one of the richest men in the world, is guaranteed not to be bored.

Elon Musk’s net worth is contributed by the following companies. 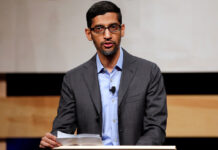 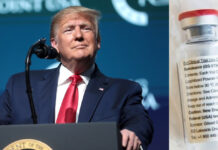 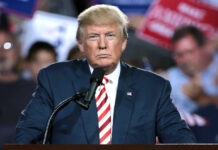