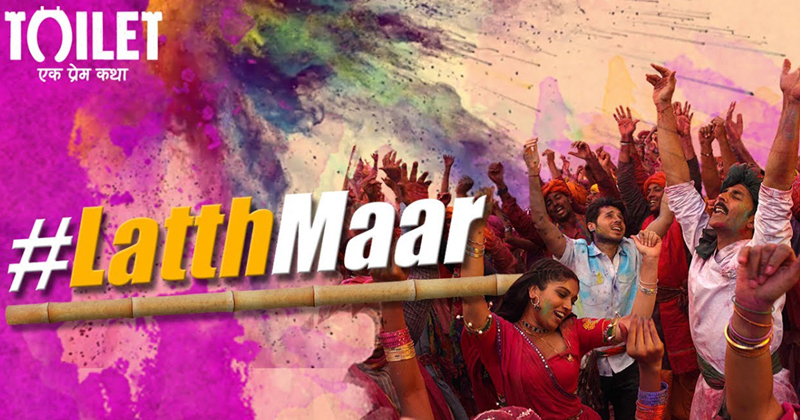 ‘Gori Tu Latth Maar’ is the new track from Akshay Kumar and Bhumi Pednekar starrer, Toilet – Ek Prem Katha, and it would be completely different from what you initially expect from it. Set in the backdrop of Latth Maar Holi which is a traditional kind of Holi in Mathura, the song is cheerful yet incredibly sad. One can basically feel the sadness in the characters’ eyes.

In ‘Gori Tu Latth Maar’, Akshay Kumar’s character Madhav is trying his best to pacify his lady love, Jaya (Bhumi Pednekar). The song seems to feature in the film at the time when both the characters are going through a rather tough phase and one can even feel the pain in Akshay’s eyes. Now, one can call it good acting or what, but it was definitely believable.

However, we do have some concerns with the song. The initial music and even words of ‘Gori Tu Latth Maar’ give a lot of Maeri, by Euphoria, feels. Even though not many would be able to spot it, but if you had listened to Maeri for some 1,00,000 times, then you’ll definitely see the similarities.

Sung by Sonu Nigam and Palak Muchhal, ‘Gori Tu Latth Maar‘ is a mix of party and sad song. With music by Manas-Shikhar and lyrics by Garima Wahal & Siddharth Singh, it can be a new addition to India’s beloved holy playlist next year.