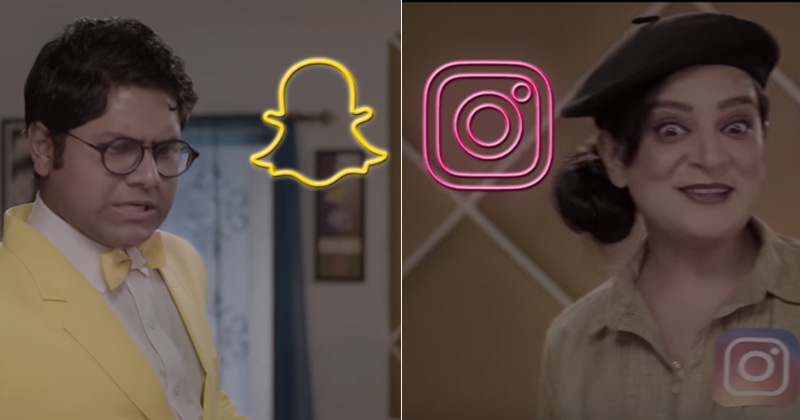 Ever wonder how annoying an app would be if they’re not a technology piece but rather people? If you didn’t then here you go, All India Bakchod’s new video has hilariously put into perspective the idea of apps as people or people as apps, whatever you want to go with.

From slightly annoying Facebook to sanskaari Alarm, everything is included in this video. However, ours’ favourite has to be Tinder Aunty which is hysterically played by Mallika Dua and let’s just give to the writers for writing such good dialogues for the apps.

Along with Tinder, Whatsapp was also given a rather old school kind of character who, for your kind information, brutally killed messages on his arrival in the game. The video has been sponsored by One Plus.

If Apps Were People: Watch The Video Here:

Funny, right? Plus, there’s one very relatable thing in the video and that is, how social media is very keen on selling us bras and it’s downright annoying.