Home Trending Twitter Is Cracking Up Some Of The Most Hilarious Nirav Modi Fraud... 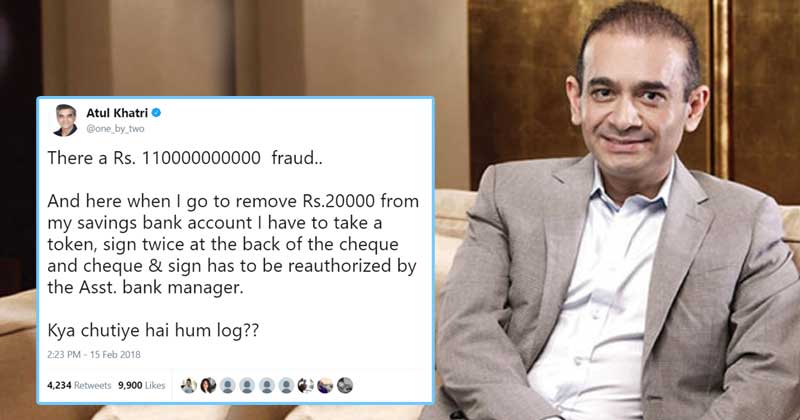 There’s just something about businessmen getting big loans from public-sector banks that they fail to repay and then settle in abroad with no sign of money, that we as middle-class citizens of this country would never be able to understand or cope up with. First, it was Vijay Mallya who no longer gives any f**k to the banks and the country he owes money to, and now it’s Nirav Modi.

International luxury diamond jewellery designer Nirav Modi was ranked #57 in the Forbes list of India’s billionaires in 2017, however, recently he was caught by Punjab National Bank conducting a fraud of $1.77 billion, i.e. ₹11,400 crore in a branch in Mumbai. 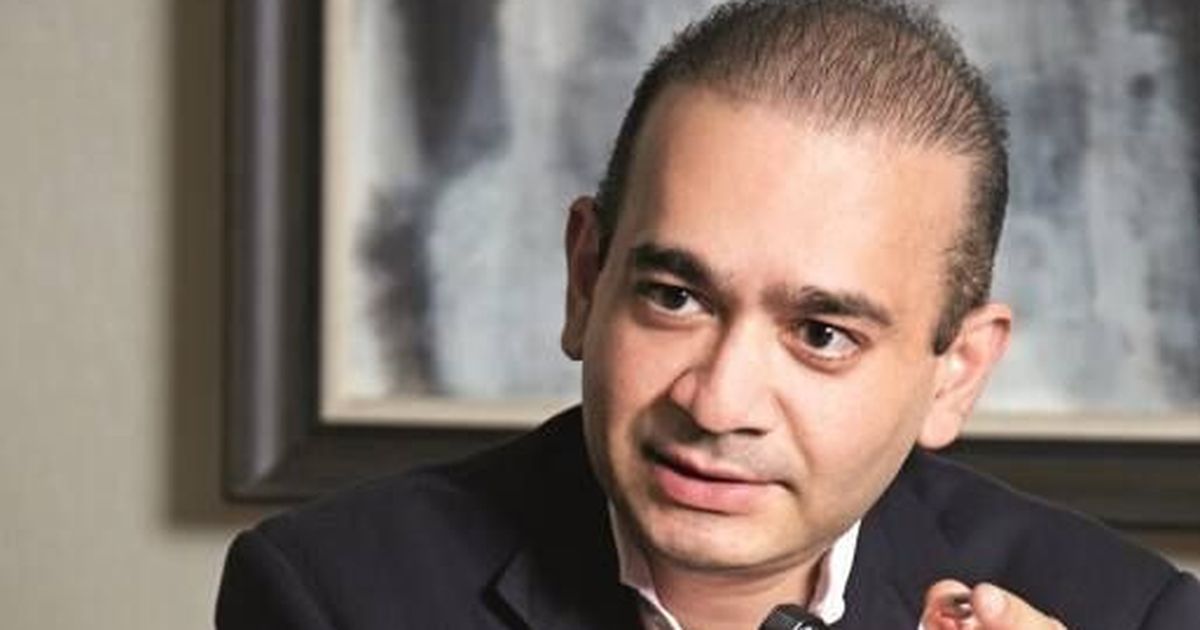 PNB, the second largest public sector bank in the country, on Wednesday informed the Bombay Stock Exchange that it’s detected some “fraudulent and unauthorised transactions” in one of its branches in Mumbai to the tune of $1771.69 million. Soon the world started dissecting Nirav Modi and his family involved in this huge fraud, to piece.

Priyanka Chopra who was once the brand ambassador of Nirav Modi’s jewellry company soon sued the man for non-payment of dues.

Along with Nirav Modi, many other names have come to the forefront regarding the fraud. Nirav Modi and his partner-in-crime’s passport have been suspended for four weeks by the authorities in the country. However, as reported by various dailies, the man is discreetly living at New York’s JW Marriott Essex at 160 Central Park South.

Now, a fraud like 11,400 crore is not something that happens on a usual in the country, especially within public-sector banks, but it’s also not the first. This particular scenario has caused various people to talk about the Nirav Modi fraud case. And you know, when people talk, especially on social media, they certainly have some really hilarious jokes to pass on the case. The same happened with this fraud case too.

Twitterati dealt with this situation by cracking some of the most amusing Nirav Modi fraud jokes, and we have gathered the best for you. Check them out, over here:

Lalti Modi, Nirav Modi, name one Modi who is not a fraud?

Don't take a home loan for ₹30 Lakh.
They ask you to pay it back.

Going to London next week for shows.
Almost had my visa rejected because I haven't defaulted on any bank loans.

On the bright side, at least 20% of Twitter will be too scared to tweet about you. They dont wanna type your last name. They know that IT cells and troll farms don't read full tweets.

Do we have Nirav Modi's international airport spotting pictures, like Taimur's?

Oh yes. Modi ….
Made millions disappear .
Left Indians wondering what happened to their money.
has flown to a foreign country;

I am talking about #NiravModi

If Nirav Modi had linked his Aadhaar none of this would have happened.

All this PNB Scam is fine…

But the important Question to Think is???

" It was Nehrus fault who had given license to Air India for international operations n 1947" Pradhan Pracharak in 2018.#छोटा_मोदी pic.twitter.com/oZyDZ6pWZH

Customer Care: Hi Sir. Do you have 2 minutes to talk about a loan?

Sometime during Navratri of 2018, the media will cover #NiravModi and his wife happily playing Dandiya in New Jersey

And here when I go to remove Rs.20000 from my savings bank account I have to take a token, sign twice at the back of the cheque and cheque & sign has to be reauthorized by the Asst. bank manager.

#NiravModi is in New York near Central Park

Remember the good old days – when those who robbed banks were called "robbers" and "bandits". Now they're called "industrialists" and "billionaires".

Now, the CBI has book Nirav Modi under fraud and cheating, however, is that enough for catching him? The people of this country are way too familiar with a story like this, after all, who can forget the Vijay Mallya case?