Home Technology This Young Hacker Reported a Bug Problem and Facebook Rewarded Him with... 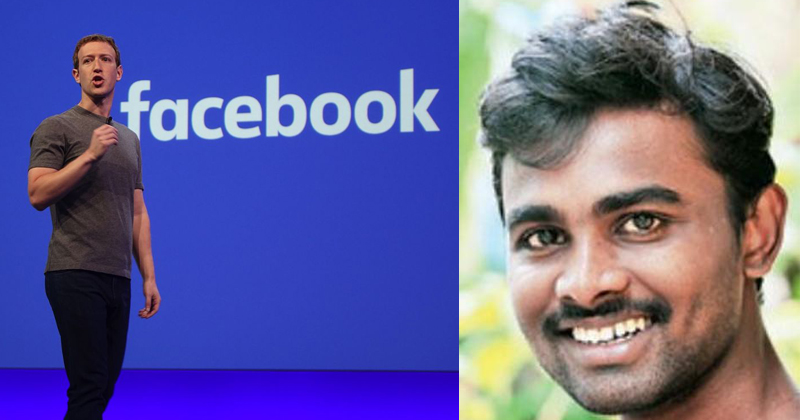 Arun S Kumar is a just 20-year-old guy from Kollam but what makes this guy special is not his age but his talent. Arun is a hacker and he recently received  a Rs 10.70 Lakh ($16,000) bounty after he found a vulnerability in Facebook code.

The bug bounty programme was begun by Facebook in 2011 in which people report flaws on its website and if proven right they are given a reward.

Arun is an engineering student at the MES Institute of Technology and Management in Chathannoor and he received a reward by Facebook for reporting a critical vulnerability in Facebook Business Manager. This vulnerability would allow a hacker to take control over a Facebook page in maximum 10 seconds.

The hacked page could be manipulated and damaged beyond imagination. Arun detected this bug on 29 August and reported about it to the security team of Facebook.

The security team replied next day thanking him and by saying that his discovery helped them prevent a massive security breach.  The security team fixed the issue by 6 September and after three days they sent an email informing Arun that Facebook has chosen to reward him.

This was not the first bug hunt by Arun, in fact, he has a history of bug hunting. Till now he has reported many bugs in Facebook and Google and has  received about Rs 30.85 lakh ($46,000) in payouts in the past three years.

Arun is invited by Facebook to attend a meeting with its security members at Las Vegas, three other hackers are also invited from different countries. He also owns the tenth place in the Facebook’s hall of fame of the white hat hackers and he is the only Indian to be honoured in the website’s hall of fame.