Home Technology These Questions Under #DesiGoogleSearches Will Leave You Stunned 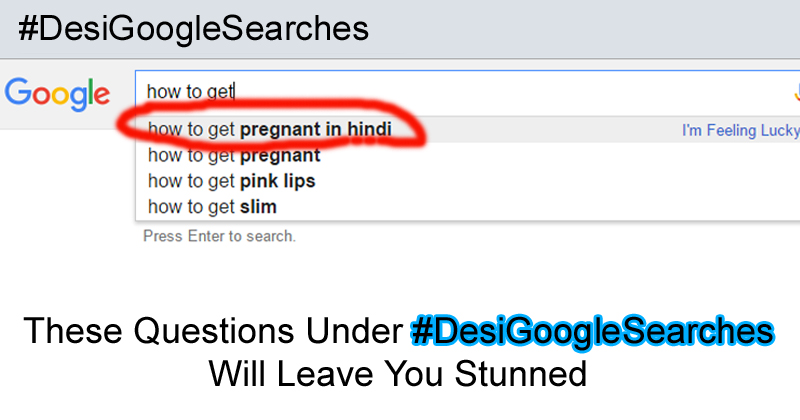 We Indians have a quirky sense of humor. No matter what and where, we manage to give something to laugh upon. As we all are aware of Google is the biggest search engine but only we know every bizarre thing to search in there.

No kidding, for us, google is like our grandmom who knows everything and we end up asking such hilarious questions at times that even we find it damn funny later. From “Sunny Leone” to “how to type hilarious” we have searched it all on this search engine and seriously our searches are a lot more different than the other parts of the world.

Now, a new hashtag #DesiGoogleSearches is trending on twitter and some of us are nailing it in asking most ridiculous questions that no one will even understand other than an Indian.  No matter where we live you can never take India out of an Indian’s heart and these questions are the fitting example for that.

We promise that you will roll on the floor after reading these tweets. Let’s take a laugh ride:

Where is narendra modi ? #DesiGoogleSearches

How is sex done, front or behind ? #DesiGoogleSearches

How to get free dhaniya while shopping for vegetables online #DesiGoogleSearches

How to get reborn in SC ST quote family?? ???? #DesiGoogleSearches

Going to be bahu trying to fit in "How to make gol roti?" #DesiGoogleSearches #salutebharat pic.twitter.com/wCGjiw4xNG

What to ask a girl during arrange marriage meeting? #DesiGoogleSearches

Now you got what we were saying ?