Home » What is TRP and How TRP is Calculated?

The internet and television both are filled with the abbreviation TRP. Most of us have heard the term TRP at least a few times in our life however we don’t know either what it means or how it is calculated. We only know if it is higher, the TV channel is watched by more people and is deemed better. Let us clear all doubts about what is TRP and how to calculate TRP?

The abbreviation TRP expands to Television Rating Point. It basically refers to the number or percentage of people watching a particular TV channel at a particular time. It is also defined on the basis of Demographics and Geometric.

To make it easy to understand, Television Rating Point is a device that is attached to the televisions of a few thousand viewers in a particular locality. This device keeps a record of the channel that you are watching at a particular time. The data provided by the device is a sample set that is later used to assess the viewership status of specific TV channels in that locality.

For various programs that are broadcasted on TV, the Television Rating Point is a measurement tool to calculate how many viewers it has and if the program is successful or failure. A successful program will have more sponsors and more income for the channel.

How to Calculate TRP

In India, INTAM is usually hired to measure the TRP of a program. INTAM is Indian Television Audience Measurement. INTAM uses two different techniques to calculate the Television Rating Point of various TV programs. The first one uses a device called the People’s Meter which is attached to the television sets of a few thousand people with different demographics and locations. The People’s meter maintains a record of the programs that people have watched for the last 30 days.

Another method used is the Picture Matching Technique. The people’s meter is used here as well to record a small segment of a picture that is being viewed on the television by the viewer. This data is then matched with the data from various channels about their viewers. Through this method, the TV channels can measure whether their own Data is correct or not.

The Television Rating Point data can also be called the basis of revenue for a particular channel because how many sponsors a channel will have, depends on the TRP. It is because everyone wants to show their advertisement to a larger group of people and higher TRP directly refers to more people.

Another advantage of TRP calculation is that the TV channels can determine whether to continue or discontinue a particular program. It helps channels calculate the popularity on a scale of 1 to 10.

Also Read: How to Optimize Netflix to Always Find the Right Content?

A disadvantage of TRP is its limited group of people which does not necessarily convey the vote of the entire nation. That is why soap operas despite having high TRP are sometimes extremely unpopular amongst the younger generation.

Home » What is TRP and How TRP is Calculated? 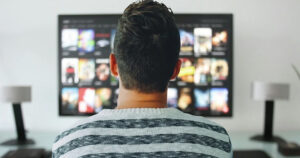