Home Technology Social How Do I Earn Money From YouTube? 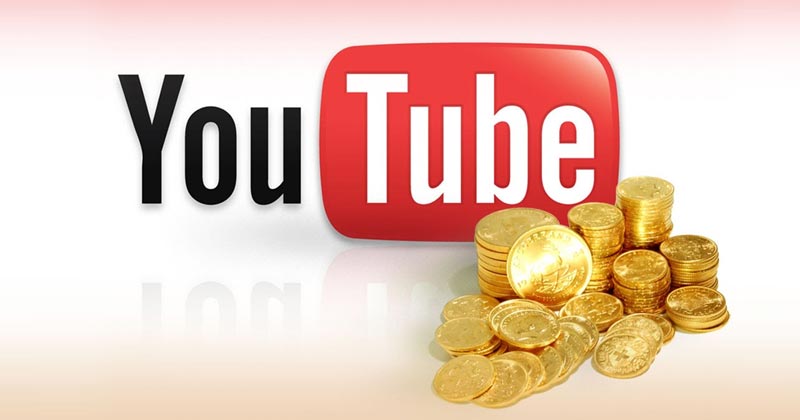 T-series, PewDiePie, Cocomelon – these are names that almost every internet user knows today and even they would have wondered before starting with Youtube that ‘How do I earn money from YouTube?’. All of them are now more than just wealthy through Youtube. Over the years, YouTube has become the largest video platform and the second largest search engine after Google. Earning money with YouTube videos is still a big dream for many.

Earn Money With Youtube – But How And How Much?

This question is asked by many who want to get started with YouTube. For years there have been stories that many Youtubers make really good money and are the new media superstars. Insane view and subscription numbers are associated with huge sums. Following the footsteps, quite a few are trying to find their economic happiness on YouTube.

When you begin, the income is often significantly lower than expected. In addition to the values from YouTube, like the number of views, other factors also play a role in the earnings. YouTubers also earn money with direct marketing, product placements and indirect marketing like fan pages and merchandising.

These are costs for production, living expenses, maintenance costs, taxes and often also the percentages that have to be given to a network. In the end, there is often no money left that many YouTubers are said to have.

Unfortunately, easy and quick money cannot be earned on YouTube either. It’s actually quite difficult to make a living from YouTube. However, it is not impossible and therefore we would like to go into exactly how you earn money from youtube with your videos or your channel.

How do viewers see ads?

Ultimately, it is a branch of Google AdSense, which automatically displays advertisements and spots in your own YouTube videos.

But what do you get money from Youtube for?

Do I get paid for the number of Subscribers?

Subscribers refer to people who are interested in your channel and wish to watch your videos in the future as well. It doesn’t matter whether you have 100, 1,000 or 10,000 subscribers, you don’t get any money for them. But, of course, the number of subscribers effects other things like the number of video views.

Do I get paid for the number of likes?

No matter how many people rate your video positively or negatively, you won’t get any money for it and nothing will be deducted as well. But there are indirect effects, which in turn have a positive impact on the income. Very well rated videos end up higher in the YouTube search and of course get more video views as the probability of the viewer to click on these videos is higher.

Do I get paid for the number of views?

Now, we are talking about a key figure that has a direct impact on the revenue of a youtube channel. Yes, you get paid for the number of views.

Most ad types work on the CPM principle. The more people watch the ads in your YouTube videos, the more you earn. There are no figures or claims from YouTube, but most YouTubers report an average remuneration of around $ 1 – 2.5 per 1,000 video views.

Do I get paid for the number of clicks?

You also get paid for clicks on YouTube. However, the advertisers decide whether they want to advertise per click or per view. So you can’t influence that. If you want to generate revenue per click, you have to activate the relevant ad formats for your own videos. Depending on the video content and the appropriate advertising, the number of clicks can be significantly above the average and really worth it. But you have to try it yourself.

Information about the default values

As you can see, the damping value and the playback-based CPM value have a massive impact on theoretical YouTube earnings.

Here we have taken an average value, which is between 50% and 75% industry-wide. The damping value indicates the proportion of deliveries without marketing. The reason mostly lies in the use of ad blockers on the user side or in the fact that Google has not found a suitable advertising partner. The damping value is strongly dependent on the target group addressed (younger target group = high damping or older target group = lower damping) and on the month of delivery.

The playback-based CPM is the amount that the advertiser spends for advertising on your YouTube which depends on the number of monetized playbacks. It varies extremely, depending on the target group. The real earning is calculated by CPM multiplied by 55% and that gives the revenue per thousand views.