Happy Birthday To The Architect Of Indian Space Program!

Father of experimental fluid dynamics research in India, A professor, person who gave self-confidence and shape up APJ Kalam, a great teacher, visionary, the man behind the success of Indian space programme. He was the Prof. Satish Dhawan, the Architect of Indian Space Program, a silent warrior, Star Director of ISRO, an expert of science, technology and management and a lover of nature, particularly of birds. 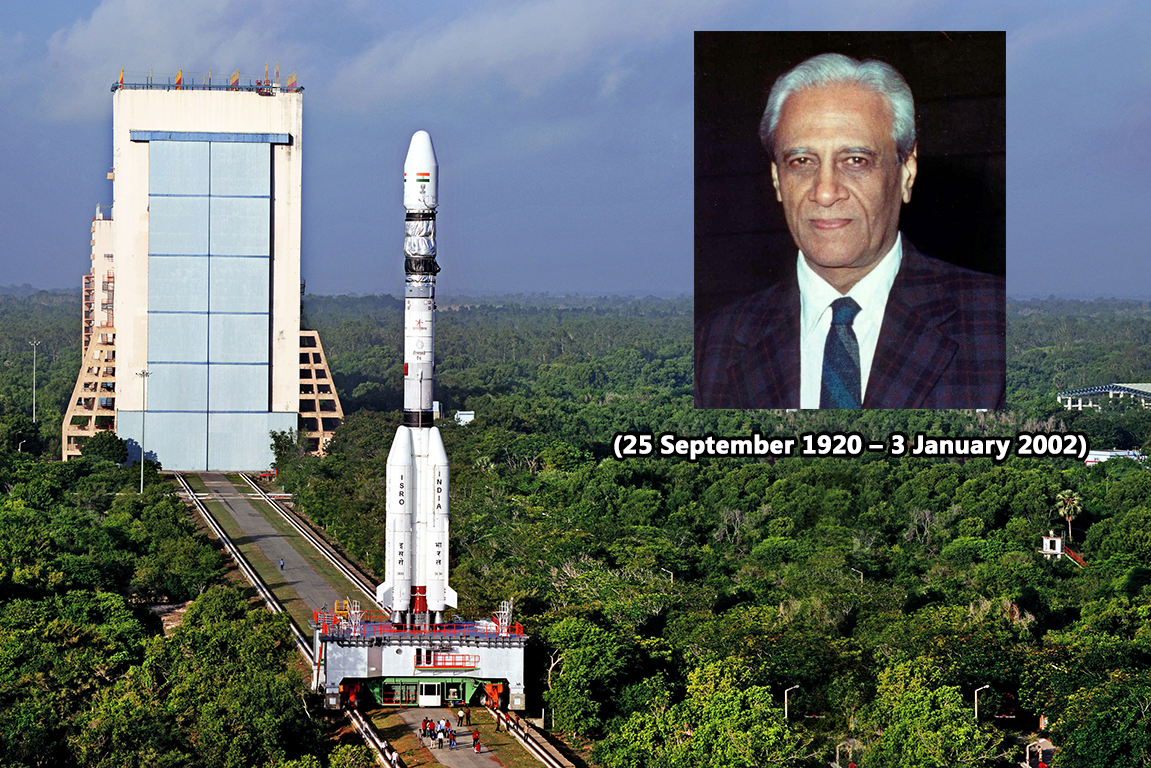 His notions of nation building through the strong space building programme are now proving victorious and India is surely marking presence on the Global map.

When someone questioned regarding worthiness of Space Programme and asked instead of removing poverty, misery and hunger from India, why money should be spent in Space Programmes, the answer he gave tied the tongue of the sceptics and also unveiled the benefits of programmes to the feeble minds. He said “Programmes which focus on space and encounter complex issues of survival in a hostile environment, facing unexpected dangers and situations and overcoming them and enhance Mankind’s capability to face the Unknown and survive as a truly civilized being.”

“Collectively can Mankind enhance its capabilities to evolve a Civilization on Earth which is more humane, sensitive and harmonious not only to humans but to all forms of life? If yes, then we go into Space to Understand and Resolve problems of Life on Earth.”  (Excerpt from “An article on Prof. Satish Dhawan by Y.S. Rajan”).

His journey had motivated many scientists to work and build the nation with devotion and meticulousness.

Not only, his work was monumental his solicitous nature is also visible in his tenure when he saved nine-thousand trees which were to be removed for SLV-3 LAUNCH.And also for the first time an official order was issued to all the Directors of ISRO Establishments stating that “no tree should be removed without specific clearance from the Chairman of the ISRO, in any Establishment”.

When he was the chairman of ISRO(Indian Space Research Organisation), and in the year 1975, when APJ Kalam was the director of SLV mission, the misinterpretation led to failure of a mission, and in the press conference he took the responsibility and said  “We failed! But I have a very good trust in my team that next time we will be succeeding for sure” and next time when the mission was successfully implemented he told Abdul Kalam to attend the meeting.

President’s Kalam “Wings of fire” explicitly tells how he was taught and motivated by him.

On his Birthday, few of his larger than life facts:

Graduation and Post Graduation: the University of Punjab in Lahore (Now in Pakistan), B.A. in Mathematics and physics, and M.A. in English Literature and a B.E. in Mechanical Engineering and M.S. in Aeronautical Engineering from the University of Minnesota and a Ph.D. in Aeronautical and Mathematics in 1951.The length and breadth of his studies reflected his visions and ideologies across the genre of his works.

In 1951, joined the Indian Institute of Science in 1962 became IISc Director.

In 1981, he got the second highest civilian honour of India, Padma Vibhushan Award.

In 1999, he got Indira Gandhi Award for National Integration.

His avant-garde in rural education, remote sensing and satellite communications paved the way to reach the unreachable distances. His dedicated efforts led to launch of operations like INSAT ( telecommunications satellite), IRS (the Indian Remote Sensing satellite) and PSLV (the Polar Satellite Launch Vehicle) and these marked India’s place in league of space-faring nations.

On his demise in 2002, The President, K. R. Narayanan, who had worked with him said in his message:

“India’s space programmes owe to a great extent its spectacular growth and high level of maturity to the stewardship and visionary leadership of Prof. Dhawan. I join all citizens of the country in paying homage to this outstanding son of India who served the nation with dedication and distinction, and extend my heartfelt condolences to all those who grieve his departure,”.

His teachings and vision were imbibed by many, those many are creating Millions of candescent minds.