Much has been said about the upcoming Xiaomi Redmi Note 5. How will it continue the legacy of the Note-series and will it be another formidable budget contender in India. However, while details about the Redmi Note 5 are scarce, there comes a report suggesting that it will be launched as a rebranded smartphone.

Xiaomi, which stands neck-to-neck with Samsung in respect to market share in India, is having an unusually quiet start to the year with no update on its first smartphone for 2018. However, after launching the likes of Mi A1, Mi Mix 2, Y1 Lite and Redmi 5A last year, it is safe to assume that the Chinese manufacturer is planning something big for this year, as well.

While the smartphone maker is yet to make an official announcement, Clinton Jeff, Xiaomi product PR representative, hinted via a tweet that India will see a couple of launches next month.

It is still unclear if the company will kick-start the year with a Redmi Note 4 successor, but a report on Android Central suggests that the smartphone manufacturer could introduce the Xiaomi Redmi Note 5 in India as a rebranded Redmi 5 Plus, which was launched in China last year and was also the company’s first offering with 18:9 display. 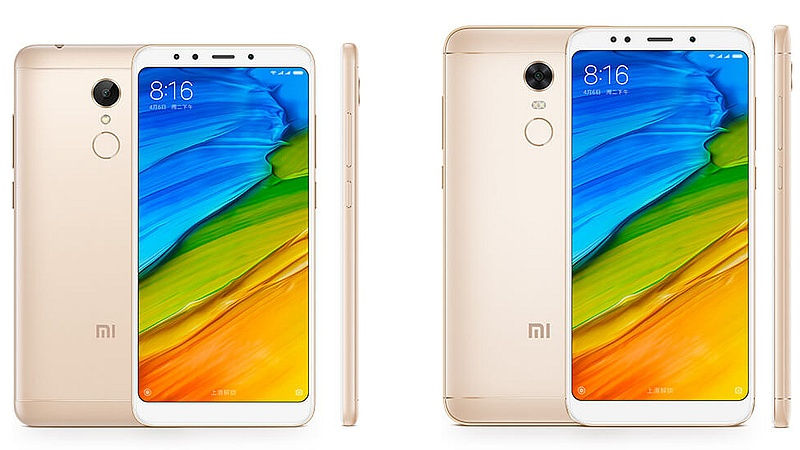 The Redmi 5 Plus, if introduced as Xiaomi Redmi Note 5 in India, will be a formidable budget contender in the sub-Rs 10,000 segment. However, given the bezel-less display along with a large battery, it will be interesting to see how the Chinese smartphone maker changes the game in the affordable range.

An even more exciting possibility would be if Xiaomi Redmi Note 5 is launched with the same 18:9 display but with upgraded internals along with a new design. And with the Redmi Note series becoming a serious moneymaker for the company, a lot is riding on the launch.