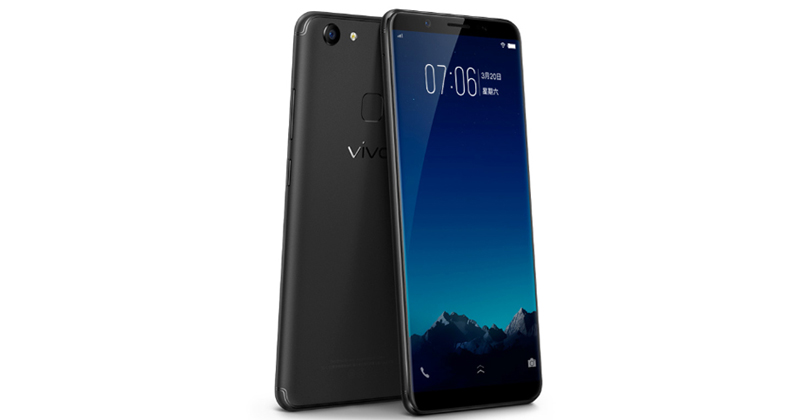 Vivo Y79 has been silently launched in China and this time, the smartphone manufacturer is trying to up the ante when it comes to selfie-focused handsets with the face wake feature that is said to work flawlessly.

For the unknown, the Face Wake feature has been present in the mid-budget segment since the launch of Samsung Galaxy On Max and LG Q6 but both of them have failed to offer seamless performance. However, with the launch of Vivo Y79, the Chinese smartphone maker is expected to take a first mover’s advantage in this department which coupled with 24MP selfie camera, makes for one of the best offerings in this segment.

Another highlight of the Vivo Y79 is it’s 5.99-inch 18:9 display, which has been borrowed from the Vivo V7+, which also makes its presence felt in the design theme as well as in the hardware package.

That said, Vivo V7+, when launched, redefined the game called selfie-smartphones, however, when it came to performance credentials, it failed to impress us during our review. But to make some amends, Vivo Y79 has been launched with the best of V7+ and some added under-the-hood power, which is said to be done in search of the perfect recipe of an exemplary smartphone.

But despite being a Knight on the spec-sheet, does the Vivo Y79 delivers up to its expectations? Let’s try and find out.

Available in Champagne, Matte Black, and Rose Gold color options, the Vivo Y79 is priced at CNY 2,498 (Rs. 24,500 roughly) in China. While the phone can be purchased from Vivo’s official website as of now, it is expected to be made available via offline channels soon. The company has also announced that the Vivo Y79 will start shipping from Singles’ Day on 11/11.

As for its availability outside China, there have been no words in this regards, however, looking at what the Vivo Y79 has to offer, it might turn out to be a gold mine for the company in India. For now, the Indian market has Vivo V7+ and Oppo F5, both of which offer similar features.

At the end of it, Vivo Y79 is simply a better version of V7+ which is never a bad thing to register in a prospective buyer’s mind. While the V7 Plus (Review) excelled in every department in our review except for the performance credentials, with the addition of the higher-end SD 625 SoC and Face Wake feature, all we get is a series contender in the mod budget segment.

If you are looking for a perfect selfie-smartphone and do not want to compromise on multitasking as well as gaming prowess, we highly recommend the Vivo Y79, for this the best we have seen from the company this year.