Home Technology Mobile & Tabs Vivo V7 Plus Review: A Great Selfie Camera But Not So Good... 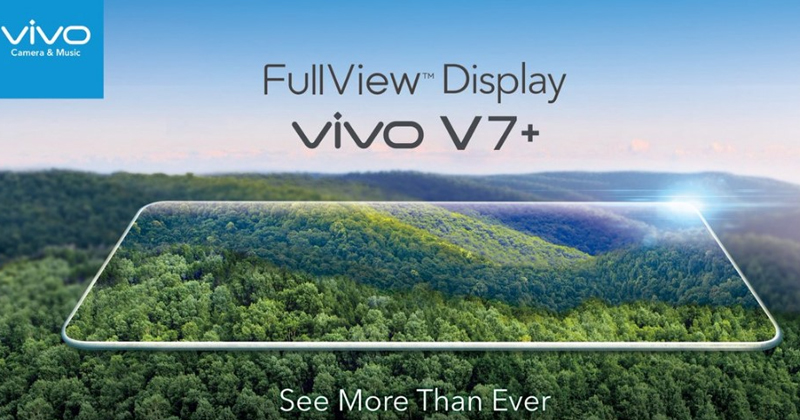 Vivo V7 Plus has been launched in India with a price tag of Rs. 21,990 and will be made available via both online and offline channels. Interestingly, this is the first smartphone to come with Snapdragon 450 and the chipset is known for its lower power consumption while eradicating lags simultaneously.

However, the other thing, like all Vivo smartphones, Vivo V7 Plus excels in, is its camera capabilities and since the Chinese manufacturer has been leading companies like Xiaomi and Lenovo behind in sales figures, we also expected the Vivo V7 Plus to offer one of the best VFM as well as rounded package for both multi media consumption as well as performance users.

With the 5.99-inch FullView display, Vivo V7 Plus also compete with the likes of Micromax Canvas Infinity and LG Q6 but since it comes with a higher asking price, there are a lot of smartphones that are waiting to bite Vivo V7 Plus the moment it comes for retailing.

But does Vivo V7 Plus manages to stand out among the same? Let’s see!!

As an overall device, Vivo V7 Plus is just another selfie centric smartphone from the company which lacks behind in performance credential and low battery backup, keeping in mind the heavy users. However, if you are one of those who like to click a lot of selfies and needs a smartphone for basic multitasking, Vivo V7 Plus might appeal to you but if heavy gaming is your major time pass, look elsewhere and you might get what you need at a lower price.