Samsung is in the news for launching world’s first foldable smartphone soon, however, the South Korean manufacturer has been launching flip phones since the last couple of years which comes with flagship features seen in premium smartphones. Now, the Samsung W2019 has been launched as the new Android flip phone from the company with dual Super AMOLED displays, dual cameras, Qualcomm’s flagship processor and more.

Moreover, Samsung W2019 comes with a dual 12MP+12MP rear camera setup which features variable aperture, something that is present in flagship phones from the company such as Samsung Galaxy S9 and Galaxy Note 9. There is also the Snapdragon 845 processor under the hood along with up to 6GB RAM, which makes Samsung W2019 a beast when it comes to performance credentials. 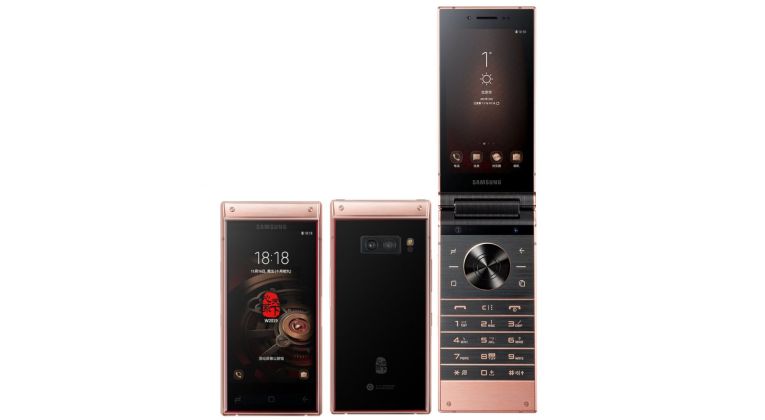 The Samsung W2019 Android flip phone has been launched in the Gold Extreme Edition and Platinum Golden Collector’s Edition which come with Gold colour and Silver colour themes, respectively. The W2019 flip phone also comes with Samsung’s own Bixby voice assistant integration which can be accessed by press-and-hold gesture on the “8” key. There is also a side-mounted fingerprint scanner for biometrics.

Here are the Specifications:

Just like all other flip phones on Samsung’s new lineup, the Samsung W2019 Android flip phone will also be limited to China, however, there have been some reports which suggests that Samsung might soon launch its Android flip phone series in other major markets as well. The Samsung W2019 flip phone price starts from 18,999 yuan (Rs. 1,98,720 approx.) for the base 128GB version while the device will be available in Rose Gold and Platinum colour options.