On popular demand, OnePlus is back with a Sandstone versions of one of its smartphones after a long wait of almost two years. Dubbed as the OnePlus 5T Sandstone White, it is essentially a Star Wars limited edition minus the funky logo and those bundled accessories.

The last time we saw the Sandstone offering from the smartphone manufacturer was back in 2015 when OnePlus 2 was launched in this variant after the configuration first debuted with the OnePlus One.

OnePlus 5T Sandstone White joins the Midnight Black version of the handset which was launched last year and will be available only in the 8GB/128GB variant, which means if you don’t think that the higher-end variant of OnePlus 5T is not worth the extra cash, the Chinese smartphone maker has given a reason to change your mind.

From a different texture on the rear panel and sides to those little Mineral Red inserts, from a grippy back to a nice black and white contrast, OnePlus 5T Sandstone White does justify the tag of being the most expensive handset from the company’s stable.

The white colored back comes with a smooth Sandstone finish, black colored volume rockers and power button as well as Mineral Red colored alert slider on the left. While the texture of the rear panel is not as smooth as we saw in the OnePlus 2, it was meant to be like this for increased grip, eliminating the need for using a case.

Now, let’s have a look at the specs-sheet and what will it cost you to own this smartphone? 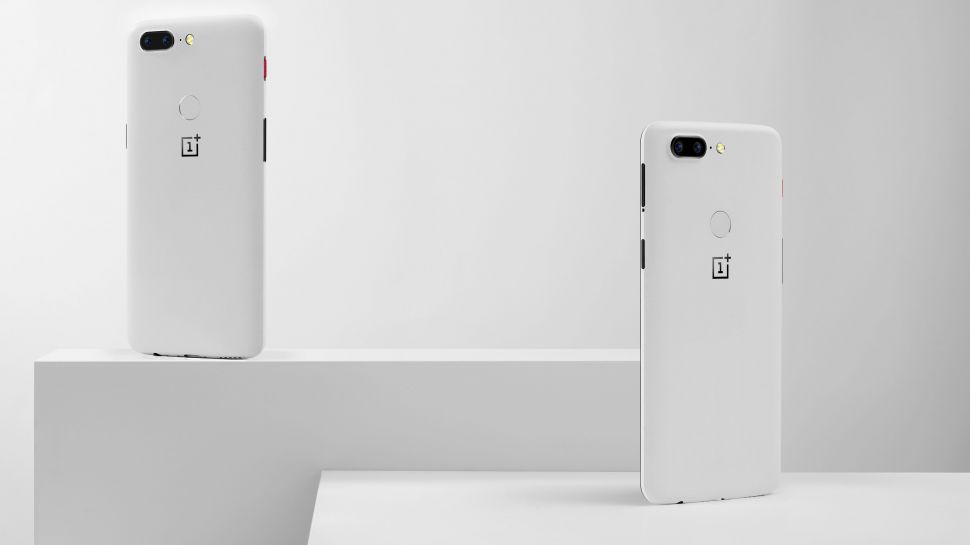 OnePlus 5T Sandstone White is another Limited Edition smartphone from the company and is priced at US$559 / €559 / £499 which is same the same pricing as that of the Midnight Black 8GB/128GB variant.

While the device will go on sale from January 9, at 10 AM ET/10AM GMT/10AM CET depending on the region, its availability will be extremely limited due to the man hours and time-intensive development it asks for, says OnePlus.

As for its availability in India, we expect the company to unveil the launch date soon.

This has to be the best that OnePlus could have done to mark the beginning of 2018 and if this is the approach that the smartphone maker is planning to follow this year, we couldn’t help but fathom the design theme of this year’s upcoming flagship, the OnePlus 6.