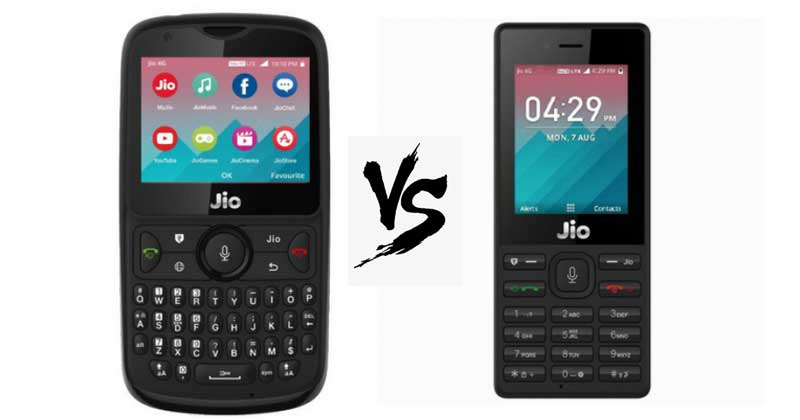 JioPhone 2 has been launched in India as the successor of the JioPhone, which was announced in India last year at an effective cost of zero rupees. Now with the JioPhone 2, Reliance Industries is trying to up the ante as they have launched a smart feature phone with a QWERTY keypad a lot of upgrades from the last year model. Mukesh Ambani announced the JioPhone 2 during Reliance Industries’ 41st AGM at an introductory price of Rs. 2,999, however, registrations will be open from August 15

For starters, as part of the ‘smart’ feature, the JioPhone 2 supports dual-SIM connectivity which wasn’t present on the JioPhone and comes with Cat.4 LTE support which makes the handset capable of supporting download speeds of up to 150Mbps. There is also support for both 2G network (900/1800) and LTE (Band 3,5,40).

All the JioPhone users who want to upgrade to the JioPhone 2 will be able to exchange their old feature phone under the Jio Monsoon Hungama offer for the new JioPhone 2 with a minimal amount of Rs. 501. For the unknown, the JioPhone was launched last year during Reliance Industries 40th AGM at an effective price of Rs. 0. However, buyers had to pay Rs. 1,500 upfront which was refundable after a period of three years but users also had to return the device in order to get the refund. 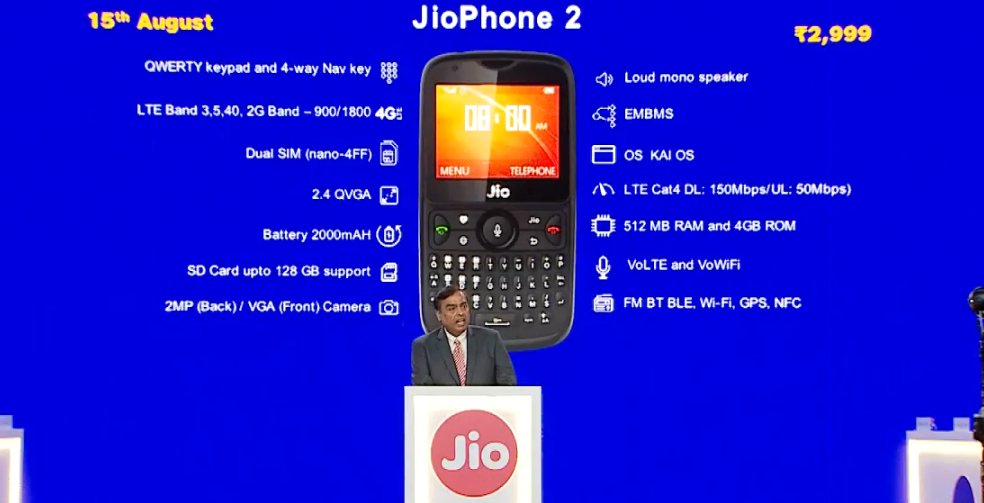 JioPhone 2 vs JioPhone: What’s new with the QWERTY JioPhone?

JioPhone 2 vs JioPhone – Connectivity and OS

Both the JioPhone 2 and last year’s JioPhone are backed by a 2000mAh battery which is rated to offer 360 hours of standby on a single charge.

JioPhone 2 vs JioPhone – RAM and storage

Both the JioPhone 2 and last year’s JioPhone are backed by 512MB of RAM and 4GB of internal storage, which is expandable upto 128GB through a microSD card.