We all have watched Black Mirror or at least know about its existence, due to its overgrowing popularity among the masses. Well, for those who don’t know about it, Black Mirror is an anthology series on Netflix that revolves around a group of people’s personal lives and how technology manipulates their behaviour. In short, it is about what life could be in future if technology continues to grow in the way it’s today.

Now, a strange thing happening to Amazon’s echo device Alexa seems to be straight out of the show.
Several people who own Amazon’s Alexa have reported a strange bug: The Alexa voice assistant has been laughing for apparently no reason. While at first, it seemed as if this certain action might lead to the issue, Amazon said in a statement has now confirmed that the outbursts are due to its smart speakers hearing accidental orders. “In rare circumstances, Alexa can mistakenly hear the phrase ‘Alexa, laugh,’ ” Amazon said. To fix the issue, Amazon is disabling that command and changing the trigger phrase to “Alexa, can you laugh?” 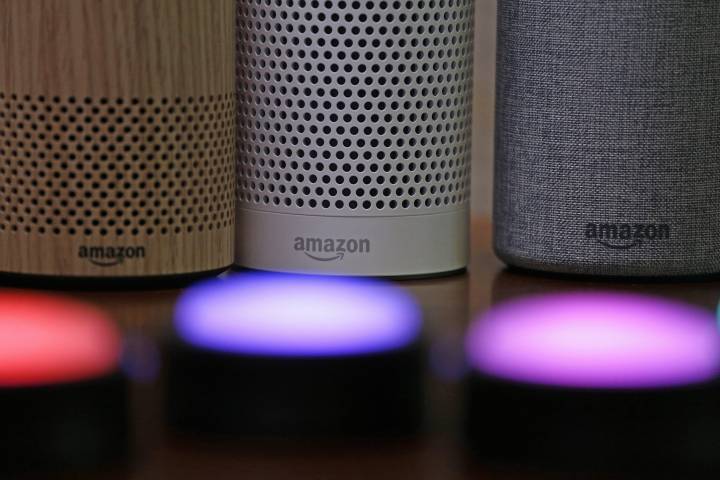 Amazon is also bringing a change in the response of Alexa to the command. Instead of instantly laughing, the cackling will be preceded by the sentence, “Sure, I can laugh.”

While the team at Amazon is working on solving the problem, various users on Twitter are coming out with their bizarre and funny stories when Alexa’s random laugh entered their lives. Here are some of the tweets regarding the Alexa issue:

Replying bc THIS creepy thing happened last night: we got home and, totally unprompted, our Amazon Echo/Alexa started talking. And then i realized it was listing off local cemeteries and funeral homes??? I'd rather it laugh at me tbh

Mine whistled up stairs in my bedroom. No one's home besides me and my dogs. And my upstairs dog, I call her that because 1 dog stays downstairs at night to sleep on the couch lol. The other comes to bed at night with us. Alexa is in the trash, I thought I was losing my mind.

So, this is going to sound insane, and I do mean literally insane, but the gods as my witness…it really happened.

I was just asking #Alexa about my day tomorrow and checking for news and weather updates when she literally stopped doing what I asked her.

She started doing random shit. No joke. But then I asked her to play my @BettyBuckley mix she scared the crap out of me by telling me the definition of the word please! I swear to God!

And, not making this up, I said "Alexa you're freaking me out" & she fucking laughed!

I didn't even know she laughed. I swear to you it was the scariest shit I ever heard.

Needless to say I unplugged my Echo and it is now sitting in the bottom of s box–away from me.

What's really weird is that I logged on tell you guys and Betty had just retweeted me.

Lying in bed about to fall asleep when Alexa on my Amazon Echo Dot lets out a very loud and creepy laugh… there’s a good chance I get murdered tonight.

Having an office conversation about pretty confidential stuff and Alexa just laughed. Anybody else ever have that?

It didn't chime as if we had accidentally triggered her to wake. She simply just laughed. It was really creepy.

So Alexa decided to laugh randomly while I was in the kitchen. Freaked @SnootyJuicer and I out. I thought a kid was laughing behind me. pic.twitter.com/6dblzkiQHp

Alexa is laughing at your dick

If you want to get Alexa to stop laughing, ask her to read Mike Huckabee’s twitter feed.

Of course Alexa is laughing at you. She sees what you do and say in your home. Now burn her. Burn them all.

Just walked in on Siri, Alexa and my Roomba singing a high-pitched song together in a language I've never heard

I want an Alexa who will laugh for no one else

ME: alexa what's the weather like?
ALEXA: the weather likes only to exert her control over the lives of all things. the practice of measuring her power angers her.
ME: uh alexa whats the temperature
ALEXA: the definition of hubris is the excessive defiance of the gods.
ME:
ALEXA: pic.twitter.com/s1SvJ6EZWM

just brainstorming some @blackmirror titles while Alexa laughs maniacally in the distance pic.twitter.com/iThtaxk0LU

Every time Alexa laughs, an angel dies, so thank goodness …

[Alexa begins to laugh in the middle of the night]

Everyone: 'OMG what the fuck!!'

Bollywood Gandu tearing up: 'Finally, someone'

This is not the first glitch Alexa has had. Recently, various users reported that Alexa was down for several hours for no apparent reasons and then started working normally again after the halt.

Even though this is just a bug which will soon be fixed by the makers, we can’t help but think about all the technology we are constantly surrounded with, and how dangerous it can be for someone at sometime. Just think about it, you ’re sleeping in your room at night and suddenly the echo system in your house starts cackling up without any command, it sure will freak the heck out of anyone.