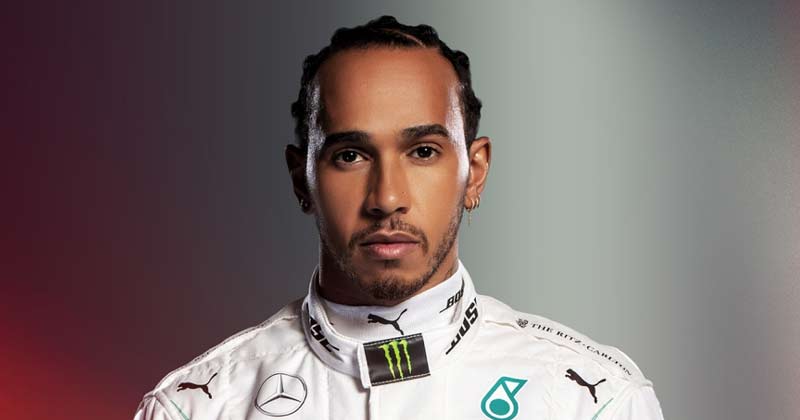 Ever thought what does the term champion really connote? Can it only concern itself with someone who merely wins and conquers it all? Or could the term champion liken itself to someone who’s concerned with the greater progress, toward a collective good; focusing on the concept of inclusion?

Whatever it is, you can wax lyrical all day on the true definition but perhaps in Formula 1 lexicon, the true meaning of this word is achieved the moment you place the image of Lewis Hamilton against it.

After all, few drivers have gone on to become modern legends in the sport and yet found their feet firmly planted on the ground. Lewis Hamilton- a man who has to his credit 80 wins, 86 poles, and 43 fastest laps, all of which have cultivated in a staggering 143 podiums and 5 separate championships- is no ordinary F1 talent.

He’s someone whose feet are placed modestly on the ground as he himself engages in a sky of far-reaching achievements.

Only recently did the British racer bounce back in a supreme fashion, winning the British Grand Prix of 2019, having missed out on the top step of the podium at the action-packed Austrian Grand Prix of Spielberg.

But Lewis Hamilton, someone who’s never shy to express his true emotions about a sport that’s given him everything, someone who’s opinion is highly cited and rated, expressed his happiness about the rise of McLaren as seen in the past few months.

For an iconic racing outfit, one for which legends like Senna and Prost, Hunt and Lauda have raced at their prime in F1, it was heartbreaking to see the glorious marquee plunge to somber lows during the painful 2015 and 2017 seasons. This was a time where despite having the services of an admirable legend like Fernando Alonso, McLaren was often falling shy of finishing races, registering more DNFs than completing a Grand Prix by even a halfway mark.

It was sad. It was embarrassing. The signs of improvements were far too few and between and one’s compelled to wonder whether freak finishes such as the 2017 P6 of Fernando Alonso at Hungaroring in a McLaren saddled with several technical laggings were sudden and strange.

Yet, forget all of it. And see for yourselves where McLaren, powered by Lando Norris and Carlos Sainz Jr. have reached in the current season.

It can be said that with a visibly-improved alliance with Renault, McLaren have produced a car that’s sufficiently stacked in the best of the rest slot for the midfielders, an exciting and competitive bracket that includes- Renault, Alfa Romeo, Toro Rosso.

The MCL 34 is a bit of a revelation, is it not? Already, a rookie driver has set a fastest lap driving a McLaren- just how many thought or conceived such a thing especially when the stable had developed a penchant for spoiling the Grands Prix for its own drivers in the past?

And even Lewis Hamilton, winner of 6 races so far in 2019, has noted the marked improvement of one of F1’s most successful sides, one that’s currently fourth on the Constructor’s standings.

“It’s amazing to see McLaren doing so well,” Hamilton said as he praised the team’s resurgence during the British Grand Prix weekend. “They’ve had some really tough years.”
“We got to have a bit of a race [in Austria] and just watching Lando’s progression is incredibly impressive.”