Home Sports IPL KKR Players Are Dancing In Punjabi And It Is Awesome AF!! 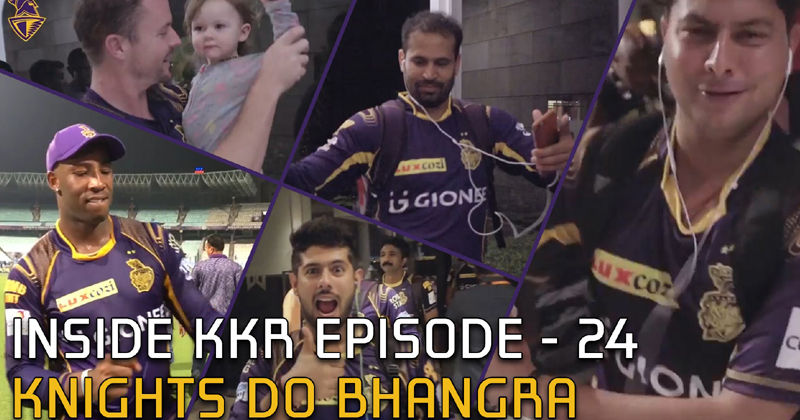 Players including Yusuf Pathan, Andre Russell, Brad Hogg, Piyush Chawla, Manish Pandey etc. danced and made a video and they call their celebration “Funjabi”. Everyone is dancing in “Bhangra” style even the non-Indian players are moving their hands in the air while doing an easy “Bhangra” step. The video has been launched by KKR on their official youtube channel. Some of the players are looking really funny while dancing and some of them nailed it. Funny or not you have got to see this.

Did you see how smartly they edited the video on a Punjabi song of Daler Mehndi. The cool and happy faces of team KKR are undoubtedly refreshing but the  shot where Bollywood Badshah Shah Rukh Khan is playing with his youngest son Abraham is the best shot of the video as they both look real cute while Shah Rukh teaches little Abraham how to bowl.