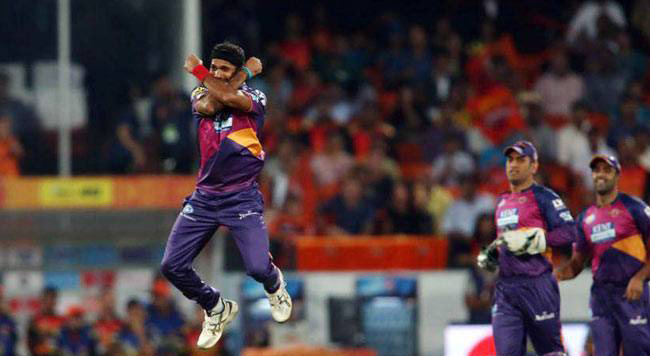 Rising Pune Supergiants finally grabbed their second win in the IPL as they defeated Sunrisers Hyderabad by 34 runs at the Rajiv Gandhi International Stadium on Tuesday.

The credit for the big win for Pune goes to the medium pacers, Ashok Dinda and Mitchell Marsh. They have resurrected team Pune and finally grabbed a win over Hyderabad. 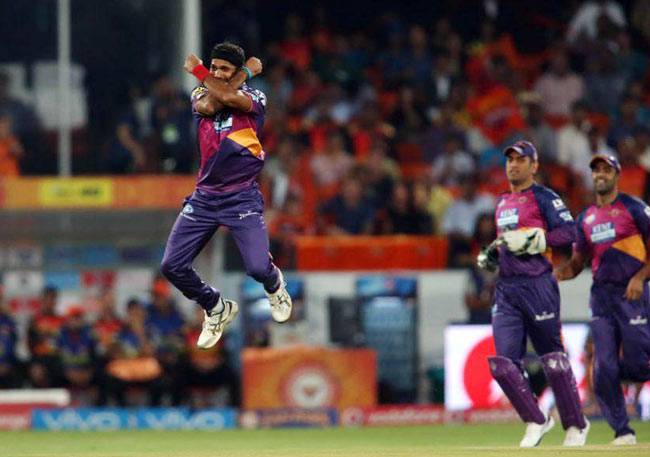 The match was delayed due to the climatic conditions. Dhoni won the toss for Pune and elected to field first. Hyderabad team had a disastrous start as the team made only 32 runs by the ninth over. Warner was dismissed in the first over of the match, however,  Shikhar Dhawan smashed an amazing innings of unbeaten 56 runs off 53 balls. The partnership between Dhawan and Naman Ojha literally rescued the team and helped it to cross the 100-run mark.

Dhawan was the only bright spot for the team and the left-hand batsman scored his second consecutive fifty, he smashed two fours and a six in his innings. 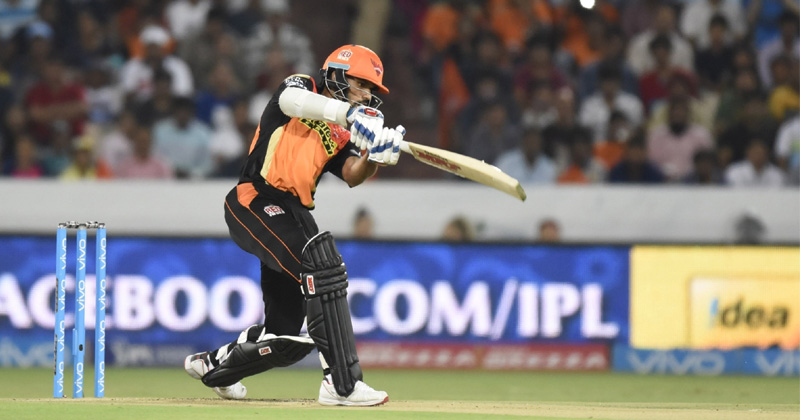 After the dismissal of Warner, Dinda sent Aditya Tare (8) back to the pavilion. The medium pacer Mitchell Marsh reduced England left-hander Eoin Morgan and kept the pace of the game in Pune’s favour. After the seventh over of the game off-spinner, Ravichandran Ashwin gave further sad news to Hyderabad as he dismissed Deepak Hooda (1). The poor shot selection of Hyderabad was paying them hell. Hyderabad was reeling at 32/5 in 8.1 overs when Ojha came and gave support to Dhawan but Dinda broke the partnership and sent Ojha back to the pavilion. Bhuvneshwar Kumar played an important role as his last minutes runs helped the team to recover. He scored 21 runs off 8 balls he struck 3 fours and 1 six. At the end of the Hyderabad innings, the team made a total of 118 runs with the loss of 8 wickets. The total was an easy chase.

In reply, Pune Supergiants started their innings at a strong pace. There opening batsman Ajinkya Rahane was dismissed in the first over of their innings by Bhuvneshwar but the duo of Steve Smith and Faf du Plessis put Pune in a strong position to chase the total. Smith smashed an unbeaten innings of 46 runs and du Plessis scored 30 runs off 21 deliveries. 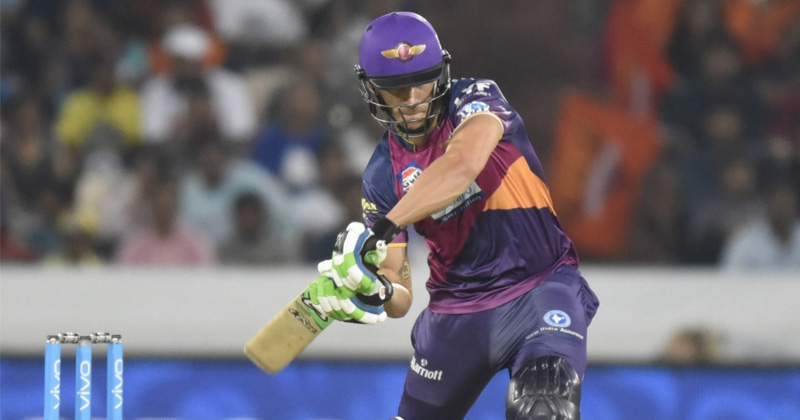 Smith and Plessis forged a good partnership of 80 runs together but Henriques dismissed Plessis and put Pune in a struggling position. Captain Dhoni came to play but he was early dismissed by Nehra. Pune was cruising at 94 runs with the loss of 3 wickets in 11 overs but the rain halted the game. The umpires were forced to decide the result of the match through Duckworth-Lewis method. The result declared the win of Pune by 34 Runs.

This win was a much-needed victory for Pune, this was the second win of Supergiants. Hyderabad suffered their third defeat in six outings.