Home Sports F1 Can the new beginning with Racing Point in 2021 be a fresh... 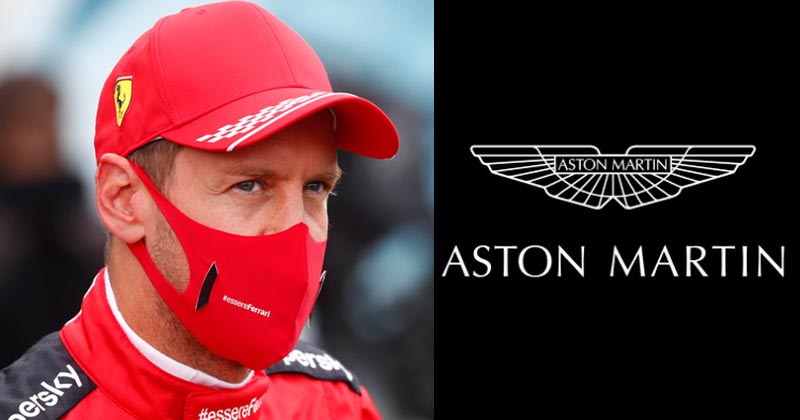 In midst of a not so fortunate season for the Scuderia, arguably the most popular team in the entire conception of Formula 1, comes a piece of news that seems the brightest for a driver who’s not really enjoying a great current run.

Sebastian Vettel, who until recently, was near certain to retire having failed to find a seat in Formula 1, is all set to continue even after 2020, his most eventful year in the sport where he’s not even in top-ten on the Driver’s Standings.

In signing a new deal with Racing Point -soon to be officially rebranded as Aston Martin- Vettel’s career has sprung to life in the sport in nearly the same fashion and excitement with which he burst on the Ferrari scene circa 2015.

Currently driving in his sixth and final season with Ferrari, questions were raised about his form, consistency and that evident failure to beat Lewis Hamilton; his greatest on-track adversary as after great first two seasons, Vettel failed to fire in 2019.

2020, of course, left Charles Leclerc and Vettel himself, with a very poor machine in the hugely underwhelming SF 1000.

But the night is darkest ahead of the dawn as they say. Right ahead of the Scuderia Ferrari’s 1000th Grand Prix, all set to be held at Mugello, Tuscany, Sebastian Vettel’s F1 future has taken the path toward certainty and promise yet again having endured a nightmare run of late.

A run where Vettel not only scored 2 DNFs out of 8 but has scored no podiums and managed a top ten finish on only 4 occasions.

His best being the P6 at Hungary. On the other hand, young Monegasque Charles Leclerc found a way to finish on the podium twice in eight races despite driving exactly the same car as his senior German teammate.

That said, on first thoughts, Sebastian Vettel’s first task right now would be to find a way to score some useful points at the upcoming Mugello race where F1 is about to contest for the very first time, Ferrari already enduring a horrific Italian GP at Monza with both Vettel and Leclerc scoring DNFs.

But in the 2021 move to Racing Point, it may not be entirely incorrect to conjecture that much of the pressure for scoring for the team may still be on Vettel not Stroll, the latter having already found his comfort zone and soft spot in a side his father owns; a team for which the young Canadian only recently scored a mighty fine podium (P3) at Monza.

Though, in all certainty, the switch from Ferrari to Racing Point may certainly do its bit to reinvigorate a career that was going fast downhill given Vettel’s 2020 woes.

A strong car next season could still send Vettel up inside top five, the immediate position the remarkably successful driver would hope to bag given his talent and all that fine experience.

But one must also be cautious to content with the mega talent that would be vying for the exact same spots next year with an already in-form Renault and never-seen-before strong McLaren fast rising as the best of the rest in a packed midfield.

Though, all said, it would be also wonderful to expect some mighty fine scraps between the returning Fernando Alonso and Sebastian Vettel for 2021.

Vettel, on his part, was glad and pleased at bagging the new opportunity and shared, “I am pleased to finally share this exciting news about my future,” said the German. “I’m extremely proud to say that I will become an Aston Martin driver in 2021. It’s a new adventure for me with a truly legendary car company. I have been impressed with the results the team has achieved this year and I believe the future looks even brighter.
“The energy and commitment of Lawrence [Stroll] to the sport is inspiring and I believe we can build something very special together. I still have so much love for Formula 1 and my only motivation is to race at the front of the grid. To do so with Aston Martin will be a huge privilege.”

To conclude, tough luck for Mexican driver Sergio Perez, who as a result of the Vettel deal, finds himself out of a drive for the next season.