Frankly speaking, there’s not a single sport out there that hasn’t come under the brutal assault of the current Coronavirus epidemic and hence the pandemic. There’s no soccer or cricket action anywhere. Basketball and Baseball leagues have been cancelled. What’s special about F1 then, which is perhaps any day more risky and dangerous than many sports put together. So far, one has seen the suspension or as some are putting it, the calling off of nearly 5 to 6 Grands Prix altogether.

The term ‘delayed’, used often in the context of a Grand Prix, reads just as defeatist or sagging as any other term. Doesn’t help a bit to know about a top-notch contest being called off.

But it would be silly to assume that that’s the only bit of loss that F1 is facing in these harrowing times. What about the financial losses that several existing or current teams are facing? Remember, there’s already been a hefty investment all top teams (10 in total number) had made toward readying their cars or machines.

We saw all of that earlier in the month of February, during the time of the pre-season winter testing.

Such a huge amount of financial investment had already been directed toward preparing the cars, within the given set of rules and budgetary allowances as stipulated by the revered FIA.

Although, none of that, obviously insofar, has been put to any use.

And the word is out that several teams are reeling with big financial losses that given the unintended period of delay, could even point to a calamitous figure.

In these times, it’s imperative that the sport rushed to the rescue of its ailing teams. And that’s precisely what has happened where the recent or latest updates regarding F1 are concerned.

That being said, one among the famous current teams- Red Bull- have shared what could perhaps happen if things only turn sour and point to a road where a desperate recovery is sought.

believes Formula One’s owners would step in to prevent any team from going under to ensure the survival of the sport. With race income severely curtailed by coronavirus, Horner insists Liberty Media is aware of the risk and would prop up competitors if necessary.

Nine grand prix meetings have been called off this season and with race fees a key source of income, there is genuine concern that smaller teams may not have the resources to survive. F1 fields 10 teams and has no plans for any new entries. Losing even one or two would be a major blow to the world championship.

Interestingly, Horner, was also quoted as saying, ” In order to protect their own business I believe they would help to facilitate, which means paying, to ensure that those teams would be around to compete next year.”

Also Read: Sebastian Vettel’s Future To Be Decided Before The Season Begins?

Where it stands at the moment, while there’s no fixed date as to by when could we expect live Formula 1 action, sources do indicate that July could be the period where some relief would have been reached. One of the key contests, which could mark the resumption, rather the start of the 2020 Formula 1 season, could be the 2020 Austrian Grand Prix.

But for now, we will have to wait patiently and see what happens. Right? 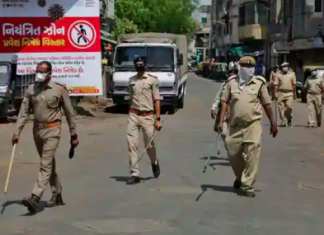