Dinesh Karthik’s stars are all in the right places and it can be seen both on and off the field. From his glorious work in the recently head test-match series, to getting the captain’s cap of KKR for the upcoming IPL tournament, everything good thing is aligning straight for Karthik. And, he’s wishing the same amount of elevation for his wife too.

As Dinesh Karthik’s wife, Dipika Pallikal, leaves for a glorious stint in the Commonwealth Games 2018 currently happening at Gold Coast, Australia, he tweeted out an adorable message for her. 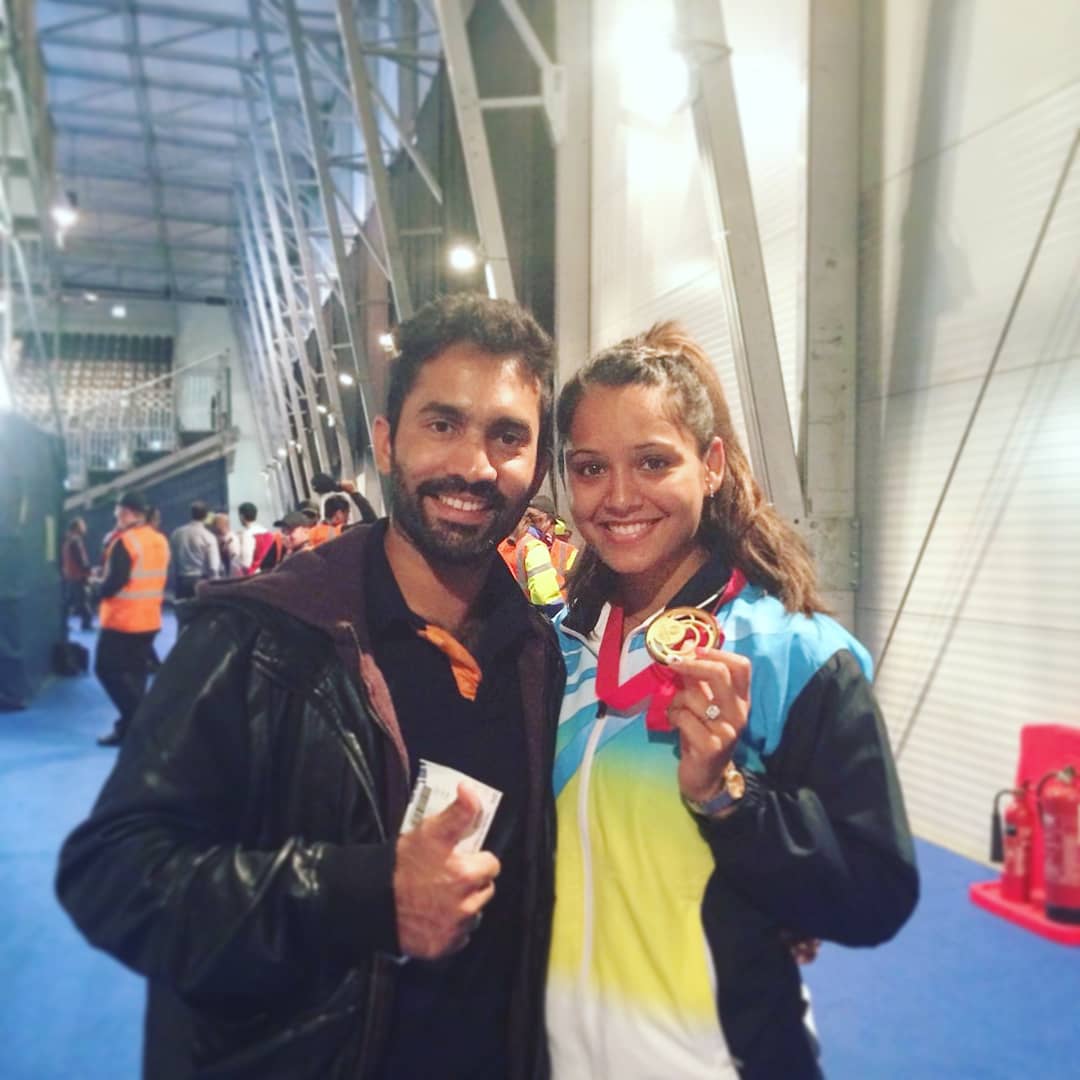 Thanking her for always being there for their family and him, Karthik also stated that he “can only hope that she has a time of her life in Gold Coast.”

He also said, “To be able to support my wife to achieve her goals is everything to me!”

In the last Commonwealth Games that happened in 2014, Squash Champion Dipika Pallikal secured a Gold for the country and she has worked too hard to do the same, this year too.

Here’s all that Dinesh Karthik tweeted.

To be able to support my wife to achieve her goals is everything to me! 4 years back we both got on a plane heading home wd a Gold medal from the Commonwealth games , today as she lands for yet another commonwealth games after 4 long years of hardwork , I can only hope that

she has a time of her life in Gold Coast. These 4 years have been tough , she’s worked hard , lived out of a suit case for many months , looked after our home, supported me through everything and yet never once complained about anything. For me to be able to support her is

everything. To everyone competing at the Commonwealth games in Gold Coast – Good Luck. Make some memories and more importantly enjoy each moment.

They are indeed, Couple Goals!

Good luck again to our whole Indian contingent and all the participants as well . 👍 pic.twitter.com/fhAs1uE4a5

Along with wife Dipika, Dinesh also wished the best for others on the Indian contingent. As for us, we hope Dipika and others on the contingent have the best of their time at the games, both on matches and off them.