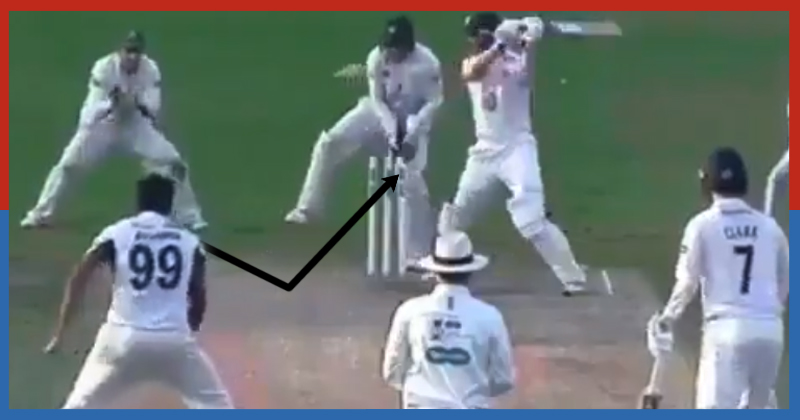 Ravichandran Ashwin, the Indian spinner who has been officially ‘rested’ by BCCI for the ongoing India vs Australia 2017 ODI series, has found a way to prove his worth once again while getting to know more about the England turf, simultaneously.

Since making his County Cricket debut last month, Ravichandran Ashwin has been in the news for taking his team Worcestershire to multiple victories by contributing with both the bat and the ball. After getting his first scalp in his debut match of the Specsavers County Championship Division Two, now the Indian spin sensation has registered his maiden half-century in the format, as well.

On the second day of the division two match between Worcestershire and Durham, Ravichandran Ashwin, with 82 off 130 balls, turned the face of the game and became the highest-scorer for Worcestershire innings whose innings ended at 335 all out in 90.2 overs. On the other hand, his teammates, Joe Clark (65) and Ed Barnard (75), also contributed to the huge total in Worcester.

That said, the reason Ravichandran Ashwin has made it to the tournament’s headlines has nothing to do with his batting prowess and when Worcestershire’s bowling attack, there was one delivery that left team members from both the teams stunned.

Ravichandran Ashwin bowled a class defining delivery to dismiss Durham’s skipper Paul Collingwood in the 33rd over of the innings.

The English batsman was looking set on 27 runs and Ravichandran Ashwin was introduced for the second time into the bowling attack for the 33rd over. Ashwin’s fifth delivery of the over, pitched in good length area but turned viciously towards the batsman. While Collingwood was looking to cut the delivery he least expected the ball to turn square, however, the ball spun sharply from outside the off-stump to crash right into the leg stump, leaving the batsman shocked.

For those who know Ashwin’s batting prowess, also know how good he is with the new ball which is a rarely seen ability of a spinner. Meanwhile, In the previous three outings of the County tournament, Ravichandran Ashwin has taken 13 wickets along with a five-wicket haul against Gloucestershire.

For Ravichandran Ashwin and Indian Cricket fans, we are leaving you with the 10 best deliveries bowled by the off-spinner.

As for his selection in the Indian squad, after an impressive outing in the County tournament, we might see him as a part of ‘Men In Blue’ in the upcoming India vs New Zealand series 2017.